Every year on the 2nd of February we celebrate World Wetlands Day, a date to commemorate the signing of the Convention on Wetlands in Ramsar, Iran, in 1971.

The goal of this international observance day is to increase wetland visibility and raise awareness about their value for biodiversity, their essential role in relation to survival on the planet, as well as their role in environmental water management. The latter is precisely this year's theme: "Wetlands and water".

In recent times, water scarcity has lead to humans using more water than what is available in nature, causing the destruction of important ecosystems such as wetlands.

To highlight the importance of these ecosystems, and to enjoy the beauty of their landscapes, at Magical Water Destinations we have selected some of the most stunning wetlands on the planet, to remind ourselves why it is so important to conserve them:

Located in France, south of the city of Arles, this site includes lagoons, marshes and lavender fields, and is home to the largest population of flamingos in Europe. 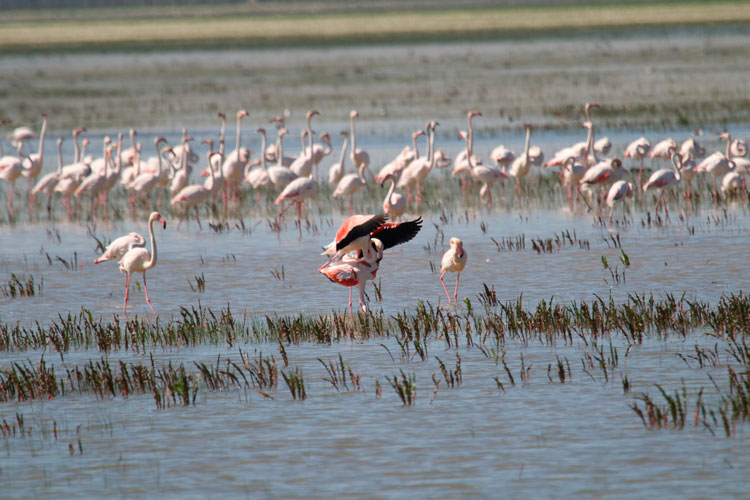 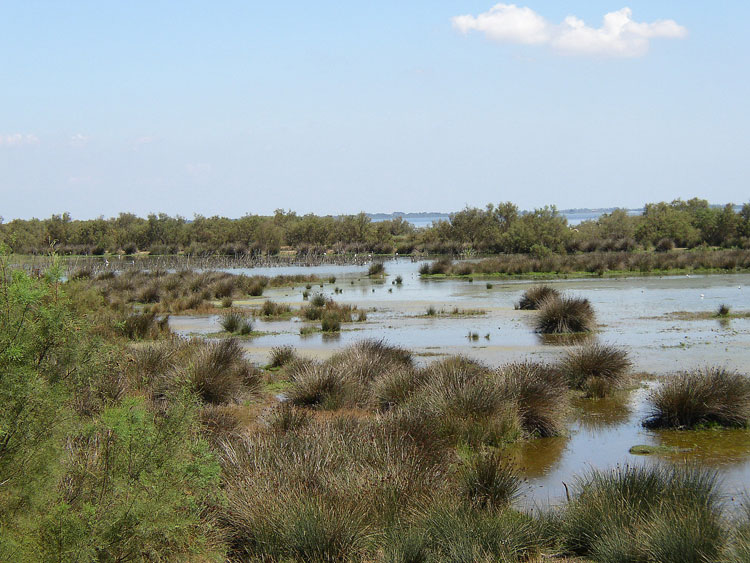 It is also the habitat of many other species, and wild horses can often be seen in the landscape. 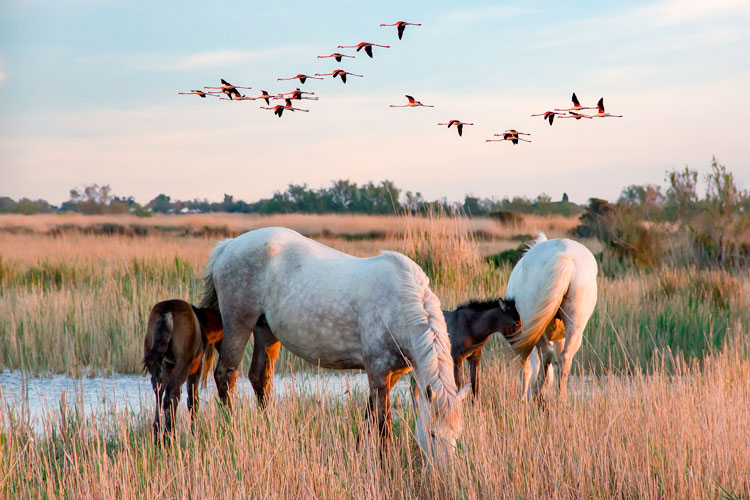 This delta is a very unusual delta, as it is not formed by a river flowing into the sea, but instead is located in the middle of the desert. With some 55,300 km2 of surface area, which makes it one of the largest in the world, the diverse flora and fauna of this wetland include more than 1,000 species of plants and more than 30 species of large mammals. 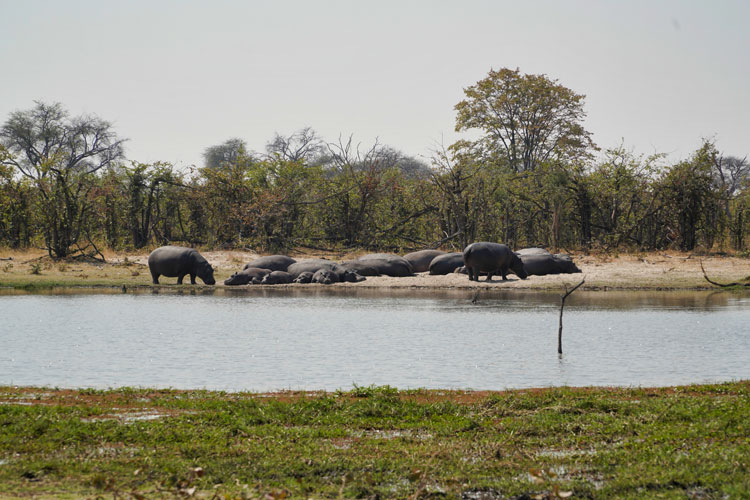 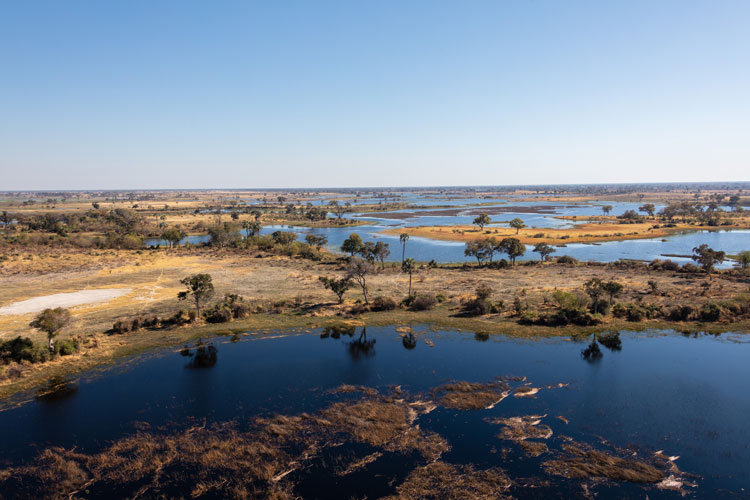 In addition, for its biodiversity, size and beauty, it was declared a World Heritage Site by UNESCO in 2014.

Located in the region of Andalusia, it is the largest and most important wetland in the Iberian Peninsula. Its biodiversity is unique in Europe and its marshes are used by breeding, staging and wintering birds. 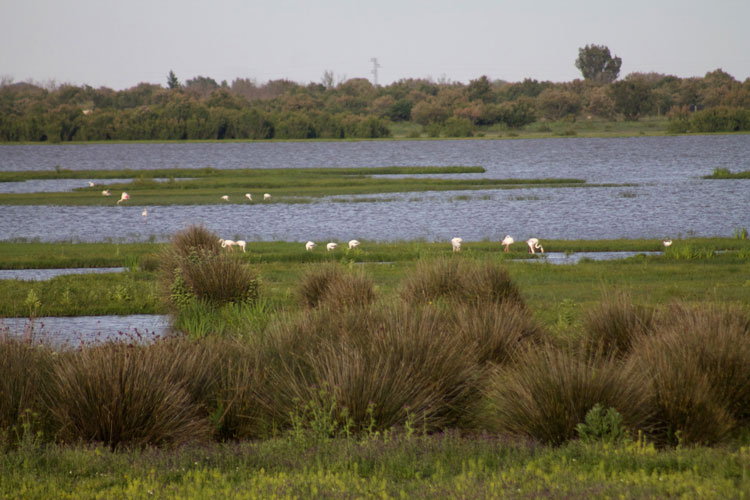 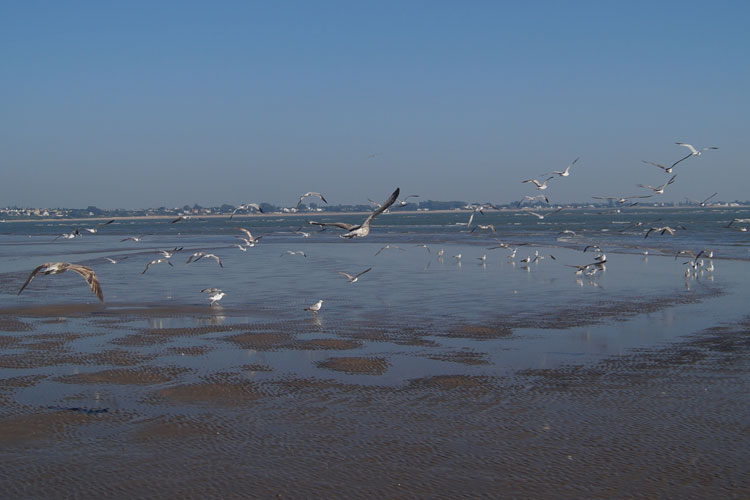 Given the number of different species that inhabit Doñana, it is considered the largest ecological reserve in Europe.

Kakadu National Park, the largest one in Australia, includes a natural wetland the size of Israel. It is home to about 2,000 species of plants and animals, among which we may note crocodiles. 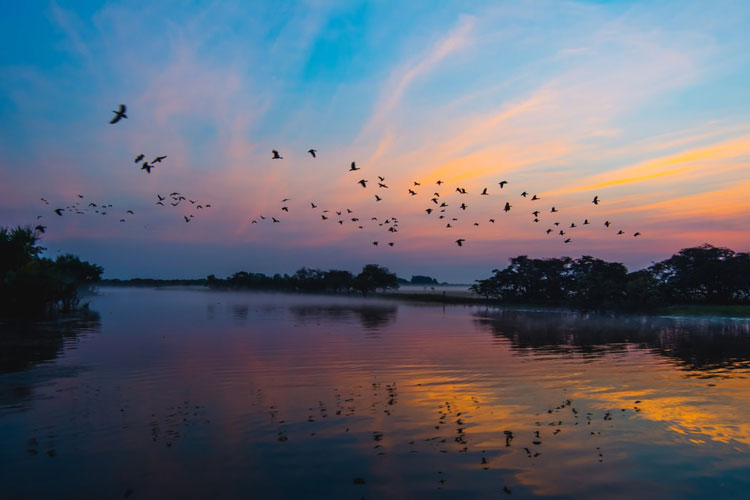 The site was declared a World Heritage Site because of its cultural significance, as it has been inhabited by Aboriginal people for 40,000 years. 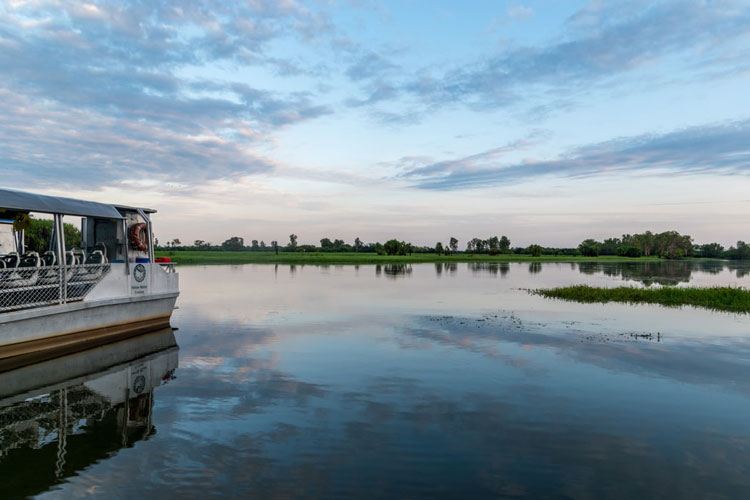 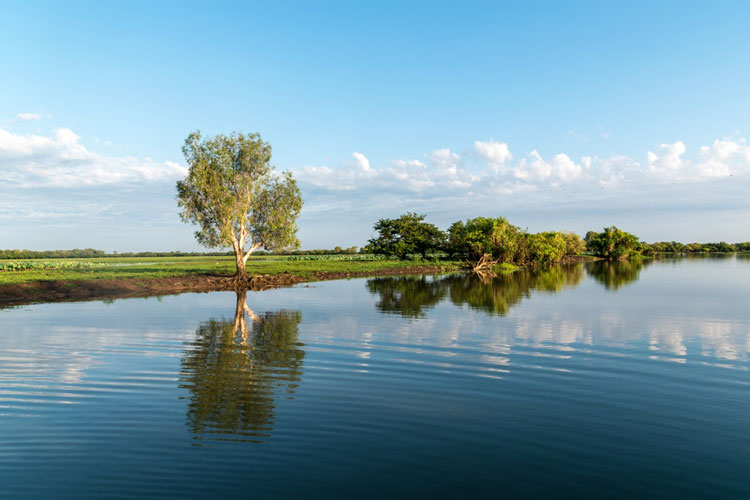 Located two hours away from Cape Town, this salt lagoon includes islands, reedbeds and sand flats, and is also home to the largest colony of gulls in South Africa. 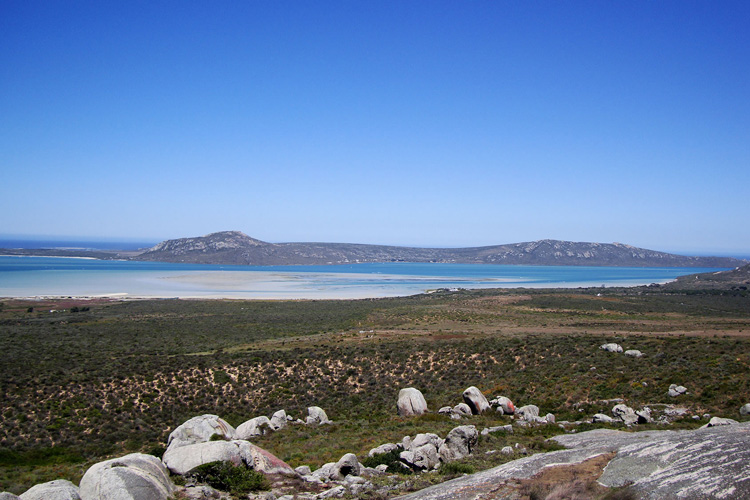 In Langebaan there are also vast beaches with turquoise waters, bird observation trails and an environmental education centre. 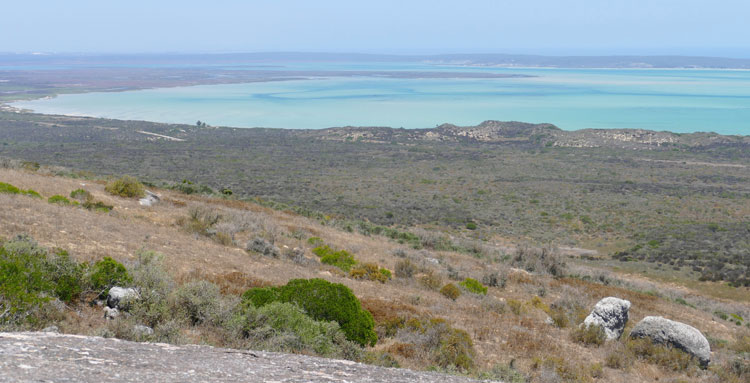 The Hula Valley wetland is in the north of Israel, created as a result of an attempt to restore part of the Hula Lake. 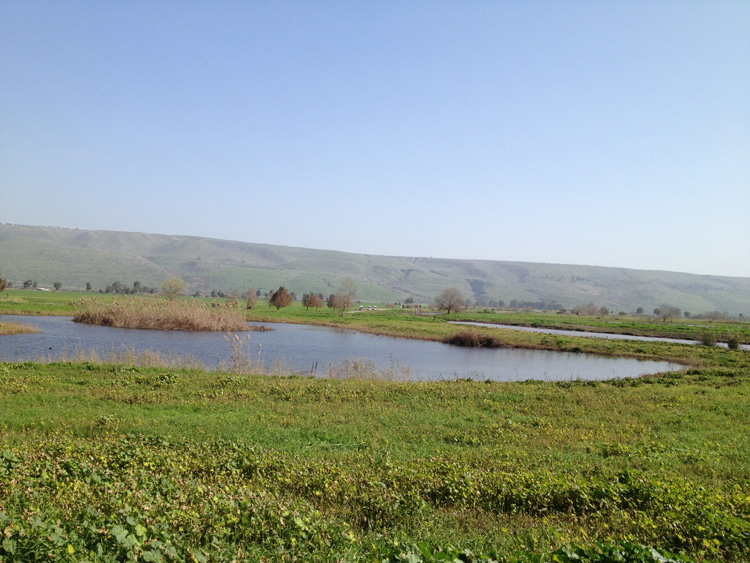 Reedbeds, forests and meadows can be found in this site, a meeting point for cranes in winter and large numbers of migratory birds in spring and fall. 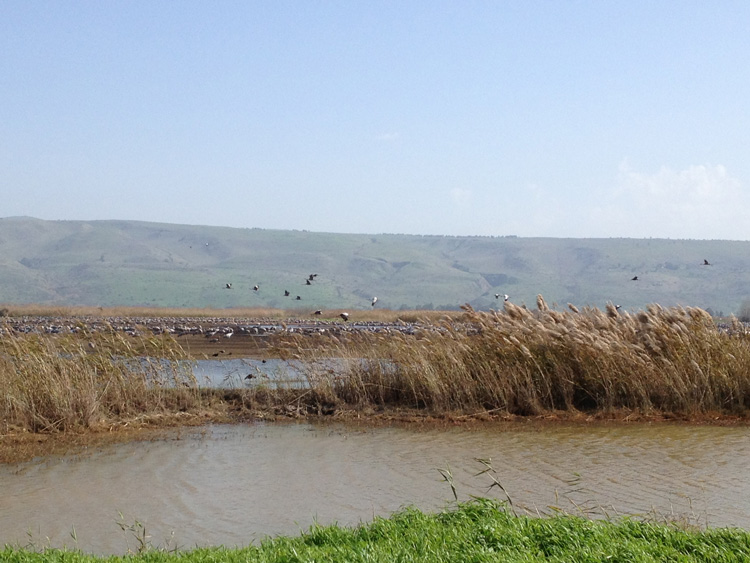 Laguna Colorada (red lagoon), in Uyuni, Bolivia, is located in the Eduardo Avaroa Andean Fauna National Reserve. The reddish colour of its waters is caused by sediments and the pigments of algae growing in it. 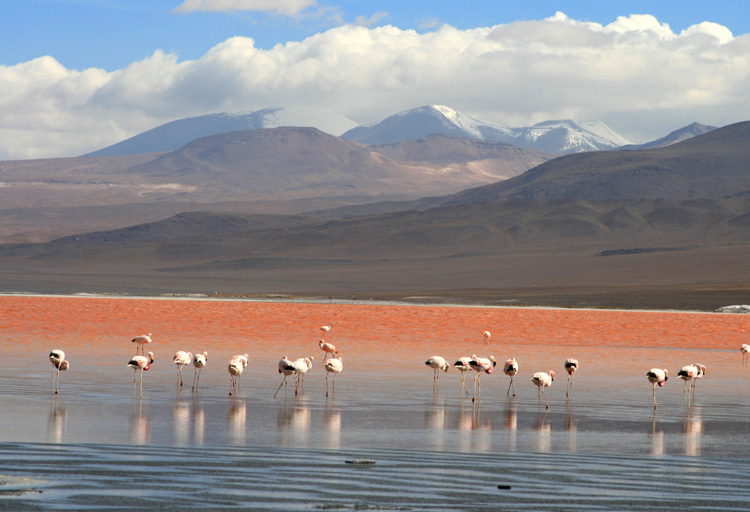 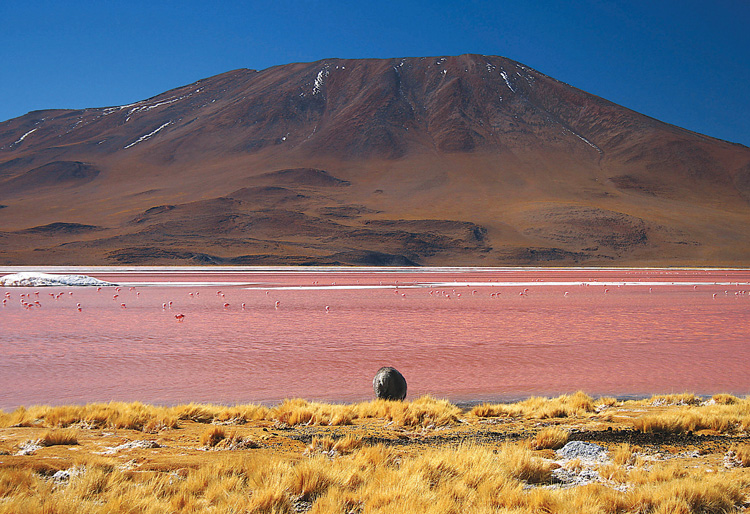 This wetland is a breeding site for Andean flamingos and contains some of the most important deposits of borax in the world. 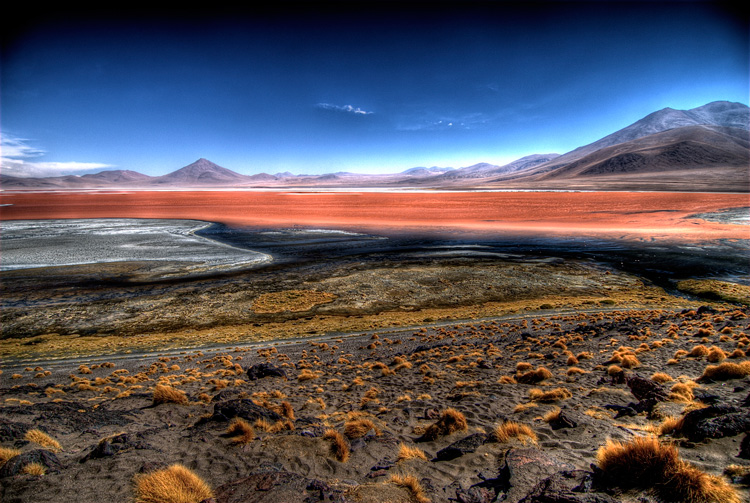 Located in northern Chile, this wetland is part of the Salar de Surire Natural Monument, and is located at 4,200 metres of elevation. The site is home to different families of flamingos, as well as llamas who run freely in the wetland. 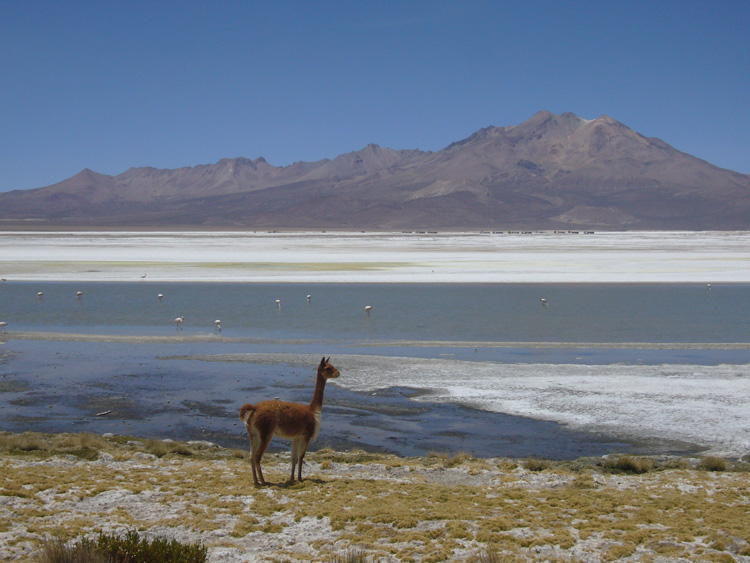 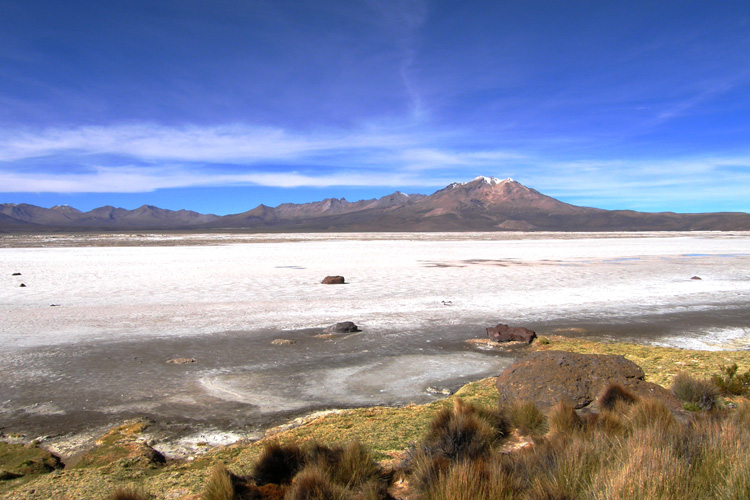