Every year on the 8th of June, the sea celebrates its special day: World Oceans Day.

Usually, the theme behind this global day is focused on plastic pollution in seawater and the solutions to contribute to cleaner oceans, but this year’s World Oceans Day has wanted to go a little further and involve the gender issue.

The importance of gender roles and relations in this area lies in promoting gender equality in all activities related to the sea, as well as the various professions that depend on this vast expansion of water, such as fishing, marine research and marine water policy and management. It is truly necessary to promote the equality and empowerment of women in order to achieve the Sustainable Development Goal 5, promoted by the United Nations.

But above all, this day provides a unique opportunity to raise public awareness about the fact that all our activities in the oceans have consequences for the environment and for our waters, and about the need to conserve our oceans.

The concept of “World Oceans Day” was first conceived in 1992 at the Earth Summit in Rio de Janeiro as a way to celebrate the oceans shared globally and our personal relationship with the sea. It was also created to remind us that the ocean helps regulate our climate, generates most of the oxygen we breathe and helps feed us.

Although the idea was created in 1992, it was not globally celebrated until 2009.

This is why it is necessary to clean our oceans to prevent plastic pollution and to propose effective solutions for cleaner oceans. Nevertheless, every year, shocking news like the recent discovery of a colossal landfill at the bottom of the Mediterranean in the Strait of Messina, proves that we still have a long way to go. 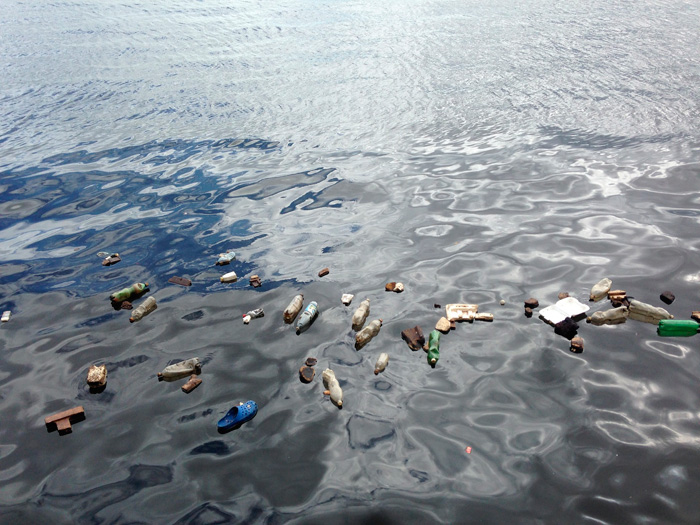 Some facts about plastic pollution in our oceans

The consequences: drowning in a sea of plastic

Given that plastic can take centuries (or longer) to degrade, the issues are even more serious. But this does not happen by accident: the majority of the waste that reaches the oceans comes from waste thrown on land or into rivers (especially in Asia), and then is dragged to the seas and oceans by the wind and surface run-off.

Plastic invades seas and oceans to such a great extent, that it affects nearly 700 species, killing millions of sea animals every year. Some of the damages it causes we can see, such as animals strangled by abandoned fishing nets or by six pack rings.

Another example of this huge problem is a photo that made it around the world: a seahorse holding onto a cotton swab instead of holding on to algae or some other piece of natural detritus to move along with marine currents in the polluted waters off the Indonesian island of Sumbawa. 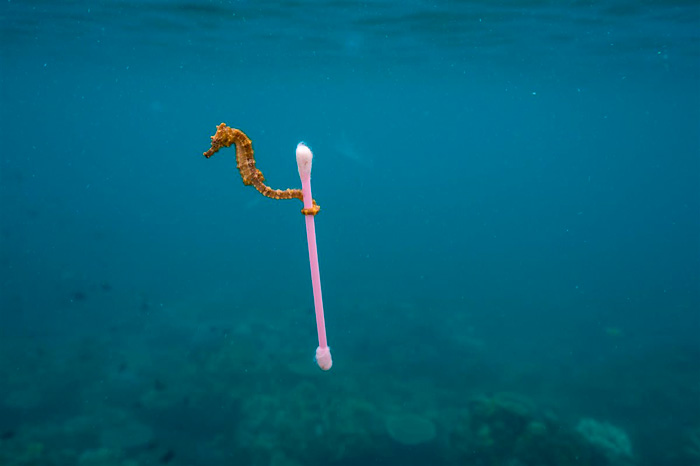 The battle against plastic

In 2017, the British newspaper The Guardian published an article that set the alarm bells ringing: by 2050 our oceans could contain more plastic than fish. The news had such a great impact that shortly afterwards relevant campaigns started to emerge:

The United Nations has warned that water pollution could be one of the leading causes of death by 2050. This includes freshwater ecosystems and oceans. Currently 57 countries have joined the United Nations Environment Programme’s (UNEP) Clean Seas campaign, shedding light on the urgent fight against plastic pollution. The member countries, which so far represent the world's largest alliance to combat plastics in the seas, have pledged to reduce single-use plastics, protect national waters and encourage recycling.

But only we can make plastics pollution in the seas a thing of the past, by reducing waste, recycling correctly and being aware that we only have one planet, and one opportunity.

And how do you combat plastic in our oceans?