This article was co-written by Matthew Abunyewah and Stephen Kofi Diko.

Sub-Saharan Africa is already experiencing the realities of a changing climate – and the situation is only going to get worse.

The reasons for this are complex. And they’re exacerbated by deficits in the region’s infrastructure, services and socio-economic dynamics. Urbanisation is another major factor. The continent’s current urban population is only 43% – but it’s rising fast. About 10 million people move into towns and cities each year.

But there’s a problem.

Global agendas acknowledge the critical role that urban adaptation plays towards sustainable development and poverty reduction. However, they focus on national governments and to a lesser extent urban governments. Citizens and civil society end up in subsidiary roles. This flies in the face of established evidence: urban adaptation to climate change is more effective where local citizens participate and own the process.

How can this participation and ownership be nurtured? Our research examined the conditions that can support citizen led urban climate adaption in Sub-Saharan Africa through the lens of “machizukuri”. This is a Japanese term which literally translates as “community building”. It sees citizens and residents take ownership of the issues that affect their local environment.

We assessed Japan’s successful Machizukuri system to unearth the key principles needed to engage urban residents in climate adaptation in urban Africa. We found that there is potential for citizen-led urban adaptation in sub-Saharan Africa. Learning from the Machizukuri system, we can improve existing pockets of local activities, like tree planting and recycling, and identify new ones for climate adaptation.

The Machizukuri system is considered to have emerged from Japan’s citizen environmental movements in the 1960s and 1970s.

In essence, this system underlines two critical points. First, that national governments must prioritise the role of citizens in urban climate adaptation. And second, the state should demonstrate commitment by actively working with citizens, community organisations and other stakeholders.

By studying the system, we were able to draw out four key points. These could be considered by governments in sub-Saharan Africa that want to centralise the role of citizens in urban climate change adaptation.

Secondly, urban climate change adaptation planning and processes must integrate existing citizen activities. This is crucial for legitimacy. It is a prerequisite to build trust and cooperation between communities and local government or related agencies. It also promotes a sense of value. Local people come to feel that their opinions and initiatives matter.

The Yasu city of Shiga prefecture in Japan offers a good example. Its local government worked with the leaders of residents’ networks to draw attention to climate change issues and communicate with individuals within these networks. This made it possible for different residents’ groups to organise around various interest areas. They then initiated various environmental activities. These included restoring the city’s green areas, cleaning its rivers and encouraging recycling.

Finally, the extent to which citizen-led urban climate change adaptation could be prioritised depends on the availability of resources – especially financial support. Access to regular finance is important for sustaining citizen-led urban climate change adaptation. Governments that are prepared to bring citizens on board in a meaningful way must also be willing to provide at least some of the money they need to be sustainable and successful.

There are already some examples of citizen engagement in climate adaptation in a few African cities.

Malawi, Kenya, Tanzania and Zambia are tackling seasonal drought and its effects by forming community networks and associations. In some cases, governments have noticed these initiatives and partnered with communities. They’ve provided technical and financial support to successfully implement the projects.

This suggests that the Machizukuri system, or variations of it, hold great promise for African cities. As Africa continues to experiment with different ways to ensure adequate citizen engagement in climate adaptation, the Machizukuri system offers a useful blueprint. Citizen-led action can make all the difference for cities trying to adapt to the realities of climate change.

Why aren’t people in Accra better prepared for floods? The key is in communication 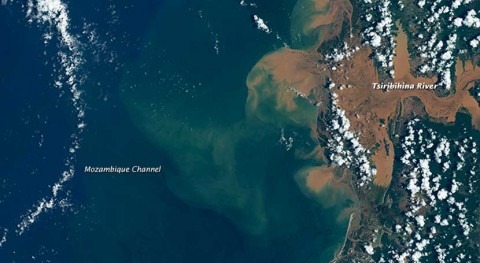