General272
Aarhus University
Established in 1928, Aarhus University has since developed into a major Danish university with a strong international reputation across the entire research spectrum.
TwitterFacebookLinkedInYoutubeWeb

Based on recent breakthroughs in instruments and data modelling, researchers from the Department of Geoscience and the Department of Electrical and Computer Engineering at Aarhus University have collaborated to develop an effective technology to measure groundwater accurately from the surface.

The new technology sends very much cleaner signals than have so far been possible using NMR-based (nuclear magnetic resonance) measurements, and this enables the researchers to make a detailed map of the hydrogeological and geological structure of the subsurface, even in inaccessible areas.

The research has just been published in the prestigious Geophysical Research Letters.

"Using this new technology, NMR measurements are now a cheap, fast and, above all, very accurate tool for mapping and characterising groundwater systems. There are problems with groundwater all over the world, and the really good news is that, using this tool, we can better map the groundwater and thereby take better care of it," says Assistant Professor Denys Grombacher from the Department of Geoscience.

Groundwater is a critical source of freshwater for many billions of people, but climate change, pollution and over-exploitation are making it more difficult to find suitable areas as a groundwater source.

NMR measurements are the only technique available today that enable direct non-invasive measurements of the water content and pore properties of the soil.

NMR is short for Nuclear Magnetic Resonance and in short it means that we influence the hydrogen atoms in water molecules in the subsurface using a man-made magnetic field on the surface.

Hydrogen atoms have a nuclear spin which, in principle, aligns with the magnetic field of the earth, either with or against the field – just like small magnets. A pulse from the artificially created magnetic field changes the spin direction of the hydrogen atoms, and when the pulse fades out, the atoms return to the direction they had before. This realignment emits an electromagnetic field that can be measured.

NMR measurements have a disadvantage, however, in that background noise from the electricity grid, for example, can interfere with the signals, and this can make it exceedingly difficult to measure the very weak electromagnetic field in the realignment.

Roughly speaking, the researchers are looking for a whisper-like voice among the audience at a Motörhead rock concert, and this is where the new technologies in the field of data transmission and modelling come into play.

"We can sort of direct the microphone towards the specific sound source we want to hear, and through a number of identical pulses almost 'force' a clear signal from the hydrogen atoms in the soil. The computer can piece together the signal we receive to an accurate reproduction of the original signal using data modelling," says Associate Professor Jakob Juul Larsen from the Department of Electrical and Computer Engineering.

The research team sees the new technology as a breakthrough in groundwater modelling, and as a quick, stable, reliable and inexpensive alternative for mapping groundwater throughout the world.

The research is being headed by Associate Professor Jakob Juul Larsen from the Department of Electrical and Computer Engineering and support is from a grant from the Independent Research Fund Denmark of DKK 5.9 million (about EUR 0.8 million). 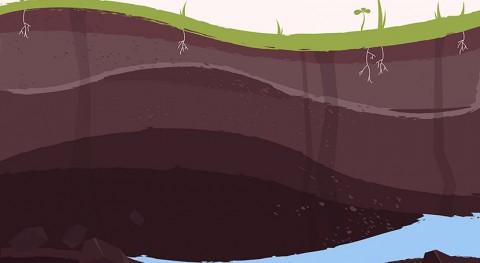 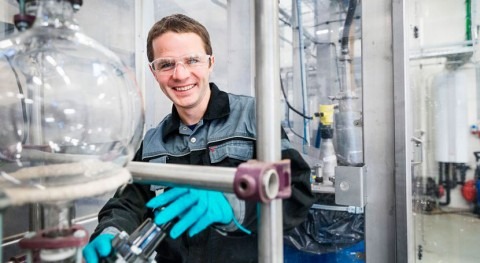