I would like to start this article with a thought: What would Spain be like without agriculture? It seems impossible, right? But it isn't. We need to ensure there is enough water for irrigation, and water sector companies have been working on this for years. Unfortunately, we can no longer count on rainfall. I am from Asturias, a green region in the north of Spain. I emigrated from it years ago, but I remember spending summers wearing a rain coat and rubber boots. But the past few summers, we were even able to sunbathe, as if we were in the south of Spain.

The data are distressing. A clear example are the episodes of air pollution we have had in Madrid in the past few years. Last winter was the second driest in the century; we only had 10 days of rain in the capital. The lack of rain allows viruses to spread. Tell me about it: I have two young children.

What can we do in this situation? We know that the quality requirements for reclaimed water used for irrigation need additional processes that drive up the treatment costs, and it is possible that in the near future, more stringent legislation entails a significant increase in costs. We therefore have to continue to work on technologies and processes that allow waste water reuse for agricultural purposes in a more efficient way, and at a lower cost, using everything that can be used, and maximising resources, as it is known currently, using a circular economy approach. 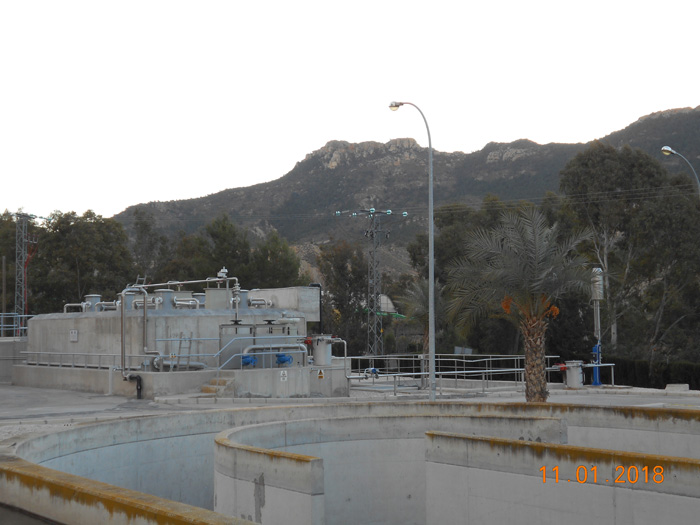 After this introductory thought, I would like to talk about one of the projects supported by ACCIONA Agua in the Region of Murcia, in collaboration with a public entity well known for their involvement with innovative technology in the water sector, ESAMUR. The purpose of RAMSES is showing that we can add a pretreatment to waste water treatment plants in order to reduce the overall costs of treatment and help to achieve excellent quality reclaimed water to be used in agriculture.

As we know, Murcia is Spain's quintessential agricultural region, producing fruits and vegetables of recognised prestige, well positioned in national and international markets. Who has not heard about Murcia's 'vegetable garden'? I can say I did not try a real tomato and a real peach until I moved to Murcia. Others are just not the same.

The name of the project, RAMSES, comes from combining some of the initials of the complete name in English (Enhanced reclaimed water quality through mainstream anaerobic treatment using supported biomass growth), and its purpose is to obtain high quality reclaimed water to be used in agriculture from the waste water entering the treatment plant. Thanks to the project we were able to reduce significantly the cost of irrigation water, through the implementation of an anaerobic UASB (Upflow Anaerobic Sludge Blanket) reactor with plastic filling in the mainstream of the Blanca waste water treatment plant (Murcia).

During the project, an anaerobic UASB treatment was added prior to the biological treatment, as a pretreatment system before the biological reactor, eliminating a portion of the organic matter and suspended solids entering the biological treatment. Therefore, the pollution load inside the reactor will be lower, making the treatment more effective and lowering energy consumption. In addition, co-digestion processes can take place inside the anaerobic reactor, increasing the production of biogas and the sustainability of the process in terms of energy.

Anaerobic treatments are based on the digestion of organic matter by microorganisms in the absence of oxygen, obtaining as a result methane, carbon dioxide, hydrogen sulphide, ammonia and other compounds. It is not necessary to input air into the process, and the biogas generated can be reused to produce energy fed into the process itself, thus the solution is quite positive in terms of energy needs.

Out of the existing advanced anaerobic processes, ours uses the UASB, developed back in the 70s. In our case, an UASB is built according to ACCIONA Agua's own design, from the equalization tank in the plant, and for the first time, it is possible to add a plastic filling inside. This provides greater treatment capacity. These reactors achieve a good quality water output at low treatment costs; they are widely used in tropical countries and with complex waters that have a high organic load.

UASB reactors work in a simple way: waste water enters through the bottom part of the reactor or digester and flows upward though a sludge blanket comprised of biological particles or granules. The waste water is treated when it comes into contact with the particles. 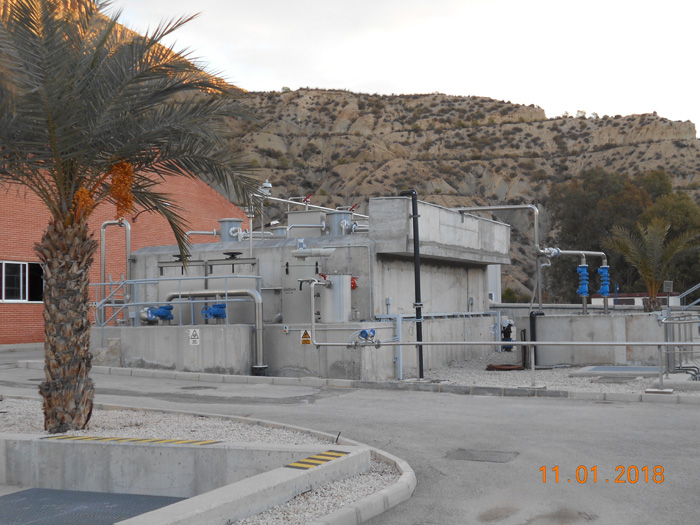 The biogas produced during the process causes circulation inside the tank, that contributes to forming and maintaining the granules, stirring the sludge blanket and allowing the exchange with the waste water.

The UASB reactor represents a great advance in anaerobic treatment because it can handle high organic loads in comparison with other systems. Moreover, one advantage is that the floccules formed during the process, after a period of time and given certain circumstances, can become granular sludge; this provides more contact with the waste water, greater stability, and the system can handle greater organic loading speed.

Although waste water treatment with UASB reactors is generally used in tropical areas, it is also possible to apply it in areas with low or moderate temperatures, as confirmed by the RAMSES project. One of the main initial hypotheses has been demonstrated: mainstream anaerobic urban waste water treatment is a feasible and attractive option in mild climates.

In addition, we were able to test within our process the option of co-digestion inside the UASB reactor itself, something that results in the production of a greater amount of biogas, that can be used in the process itself, thereby reducing treatment costs.

The project results show it has been a success and a great option that can be part of waste water treatment plants. It can significantly reduce the treatment costs of water for irrigation, both in terms of energy and in terms of sludge treatment, because the process improves the dehydration of the final sludge thanks to better stabilization of the sludge from the anaerobic reactor.

The system worked according to the preliminary design, meeting expectations and objectives. It can be replicated in any waste water treatment plant anywhere in the world; furthermore, once implemented, it has hardly any operation and maintenance costs.

In terms of the process, the main objectives set initially have been met:

The system has been working in an efficient and stable manner at temperatures between 15 and 26 oC for more than one and a half years. We may highlight a significant reduction in volatile compounds inside the UASB reactor, the high quality of the final water (100% of it is used for irrigation), lower overall treatment costs, not only regarding energy consumption by the biological reactor, but also by tertiary treatment, because the turbidity and the transmittance of the waste water is improved, enhancing the ultraviolet treatment. If we add that we produce biogas which we did not have before, the process becomes an excellent option to add to the mainstream of a waste water treatment plant, in order to use the water for irrigation purposes. Finally, the sludge produced during the process can be used as a fertiliser for crops, applying a circular economy approach that uses all resources. In this case, both the water and the sludge generated are stabilised and sanitised, so they can be used as agricultural fertiliser. We can therefore continue to grow excellent crops without using chemical fertiliser.

2021 milestones in our Water business | ACCIONA 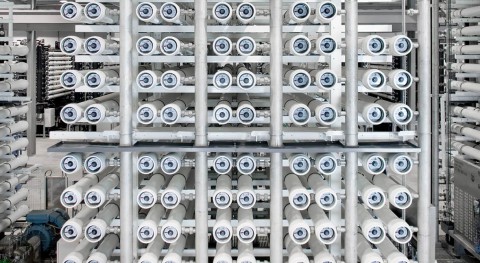 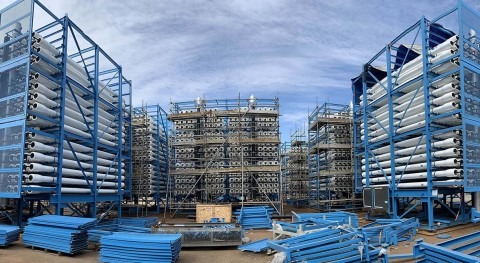 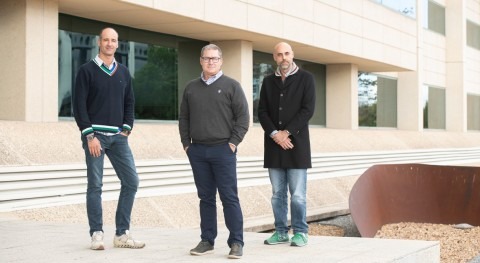 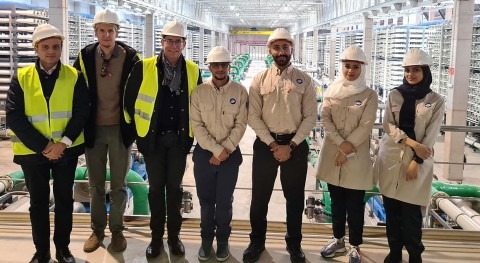 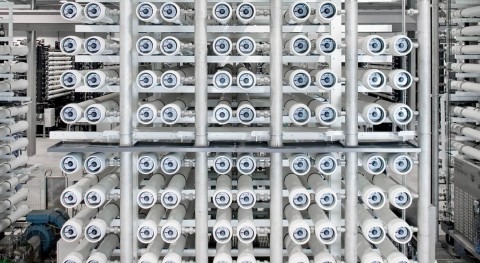 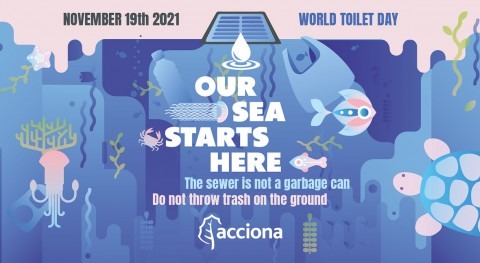 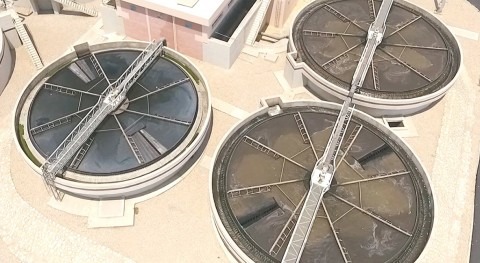 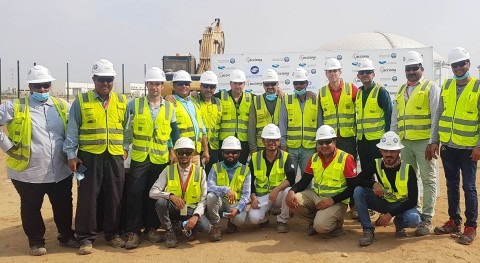 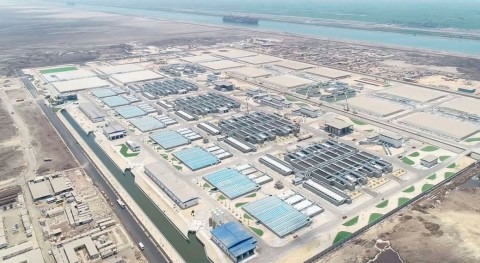 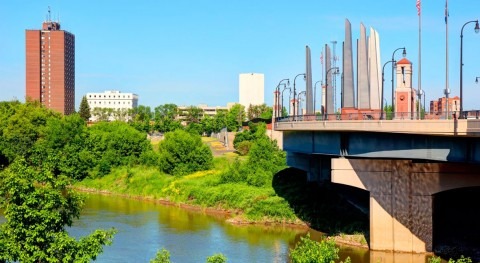 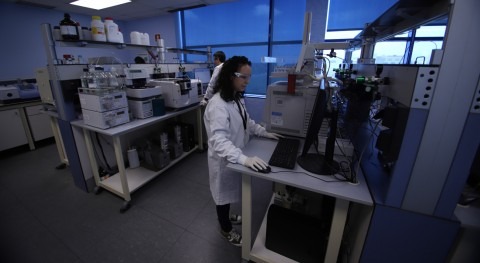 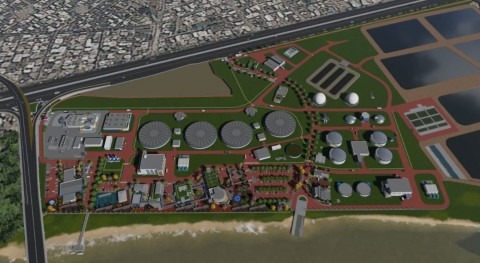 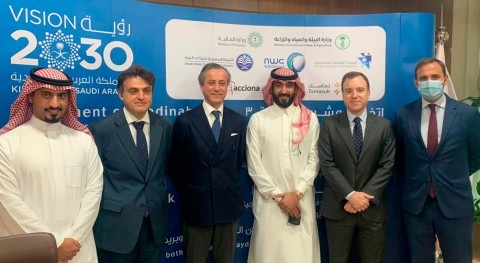 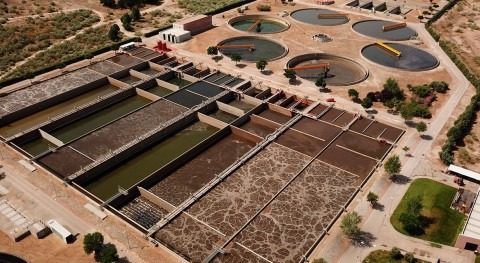 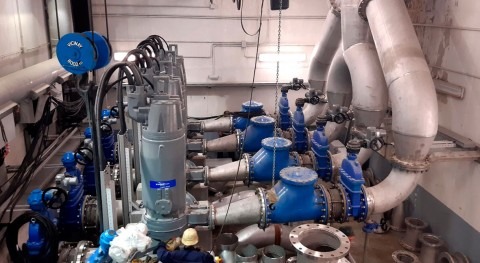