More than half the world’s wetlands have disappeared in the last century, and the UN calculates that two-thirds of the world’s population may suffer a lack of water from now until 2025. According to estimates by the United Nations Environment Programme (UNEP), an area similar to the Americas (around 33 million square kilometres) is at risk of desertification. At the same time, extreme phenomena such as floods or torrential rains are on the increase.

Coinciding with World Water Day, which will be held on 22 March worldwide, the UN is warning of these and other risks arising from climate change.

To deal with them, the solutions offered by ACCIONA in the field of water management play a crucial role. Desalination, potabilization, treatment and end-to-end management of services with an added value component: technology.

Climate change is a reality backed up by figures. Desertification directly affects more than 250 million people and puts the main sources of livelihood of 1 billion people at risk in around one hundred countries.

In regions such as the Middle East, Australia or Spain desalination is already a real alternative. As the technology improves, so does the performance of the plants, and the population can benefit as a result. ACCIONA has built desalination plants that can treat almost 4.6 million m3/day, sufficient to supply a population of over 25 million.

The present situation of desalination goes beyond that, however. The construction of new infrastructures should be backed up by a major technological effort to increase efficiency in order to take on the new challenges faced by the sector.

In 2019, ACCIONA set up the CECOA, a technology platform that captures and analyses hundreds of thousands of data to optimise the management of plants and improve their efficiency, using advanced machine learning and artificial intelligence techniques.

The application of technologies such as Big Data, IoT or Machine Learning adds value to the data, turning them into useful information to improve decision-making and apply them in artificial intelligence systems.

Thus, the CECOA is a backup for the analysis and supervision functions in plants and integrates their production processes with digital systems and models. This leads to improvements in the efficiency and productivity of plants, thanks to the data and information available to ACCIONA after more than 20 years as a sector leader in water management and desalination.

ACCIONA is also committed to the setting up of digital twins in its main projects.

This digital reality enables the analysis, optimisation and improvement of the productivity of a project, reducing development times and detecting faults at an early stage.

It also allows for the comparison of the information contained in the digital twin with that in the control system. This enables us to validate operations, as well as providing other options in the operation of systems and other possible optimizations. 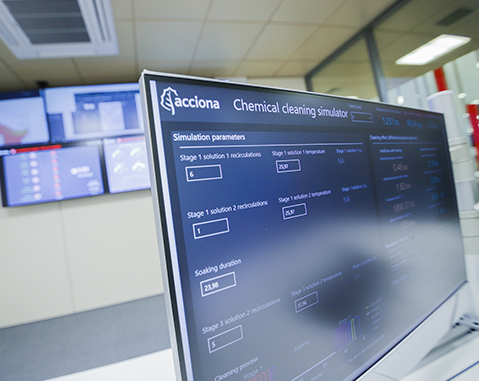 Last January, the USA suffered the lowest temperatures ever recorded in the country: -48,9°. Meanwhile, highs of over 49° were recorded in South Australia. This year, Venice experienced its worst episode of high tides since 1872, and the damage caused by Hurricane Dorian in 2019 is still visible in the Bahamas.

The increase in extreme phenomena such as floods, isolated depressions at high altitude and torrential rains can lead to major damage to water infrastructures, and it forces suppliers and clients to innovate through more efficient operation and maintenance systems. In this respect, the priority objectives of ACCIONA are: better organise maintenance work on supply and sanitation networks, reduce response times to incidents, plan preventive actions in the maintenance of water facilities (network, plant) and use indicators that improve service quality.

To fulfil these objectives, ACCIONA has implemented the new version of the GOTA (Management of Work Orders in Water) platform to back up O&M tasks throughout the end-to-end water cycle and make them more efficient, called GOTA CIA.

GOTA CIA is a cloud-based platform based on GIS technology to map the company’s infrastructure assets and locations, in order to have a complete view of the operation and maintenance of a water network or treatment plant.

GOTA CIA manages the reception, allocation and resolution of work orders in a planned and efficient manner. Through mobile devices, it coordinates operators and sets priorities for action depending on the level of urgency, location or specialisation of the maintenance or technical support teams. It also provides the user with real-time information on the progress of the work and gives reliable data to improve the efficiency and quality of the service offered, and its costs.

All the information in GOTA CIA, like the other systems that support ACCIONA’s value chain in its water division, is integrated into a data lake that serves as the basis for ACCIONA’s business intelligence system. It obtains indicators that help in improving the efficiency and quality of the service provided.

Water treatment 4.0: another step towards sustainability

Returning the water we use in our daily lives to Nature in optimal conditions is a priority on the agenda of many countries. In ACCIONA, with more than 400 treatment plants built and 120 currently operational, we approach this process in an innovative way.

The Culebro (aka EDAR 4.0) Project implemented in the Arroyo Culebro–Cuenca Baja de Madrid water treatment plant enables the operation and maintenance of a facility in which 172,800 m3 of water a day are processed.

Among other measures, the company has installed state-of-the-art sensors in the processes used in wastewater treatment, and technological resources have been incorporated based on high-availability control systems, digital models, cloud-based analysis systems, the Internet of Things (IoT), Information Technologies (IT) and Field Technologies (FT). All this, together with the development of an in-house optimized control system, means better control of the treatment process and higher energy efficiency of the plant; a new, smarter and highly flexible WTP. Concepts such as cybersecurity, communications management, large-scale logging and advanced control techniques are valorised in the process.

BIONS: improving the management of the end-to-end water cycle

What would happen if no water came out after you open the tap?

The scarcity of water and the need to guarantee access to decent sanitation systems is one of the Sustainable Development Goals set by the UN in its Agenda 2030.  In this sense, solutions such as ACCIONA’s BIONS platform play an important role.

BIONS is a cloud-based data intelligence platform that detects, analyses and manages events and incidents in the water network such as leaks, pipe breaks, defective installations, telemetry problems or operational faults. Among other things, it monitors the performance of the network, identifies leaks and other anomalies and solves problems quickly, reducing water losses and increasing the operational efficiency of the networks. Basically, it provides in-depth visibility of the network and its operating conditions (the ‘health of the network’) to ensure that citizens can gain access to water supplies.

Through the use of artificial intelligence and machine learning technologies we can convert data into knowledge and actions for the future, with the aim of achieving savings through the early detection of hidden or underground water leaks; improve reactive response times to leaks, pipe breaks and other incidents in the water supply network, and, basically, avoid water losses.

BIONS, integrated with GOTA CIA and control systems, helps us to understand how our supply networks function, avoid major water outages, identify and predict faults and incidents in the network, and, in the final analysis, help the water supply service to function.

In ACCIONA we work hard every day to take on the major challenges faced by the water sector that arise from climate change, applying innovation and technological solutions to our activities. Water is the most important resource on the planet, so we innovate to take care of it and ensure the responsible use of it. 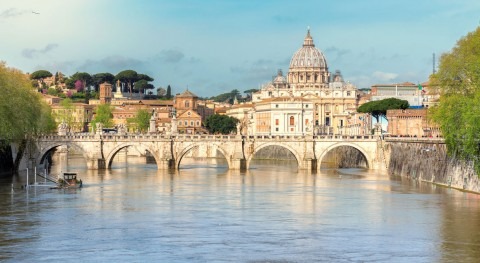 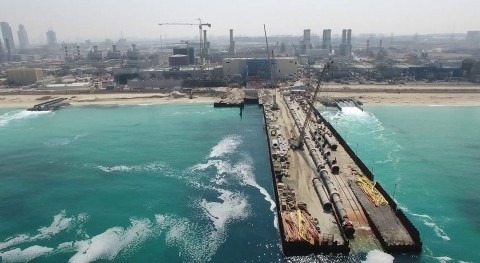 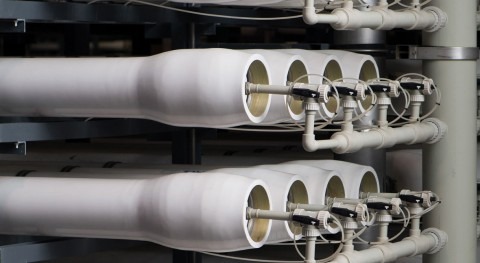 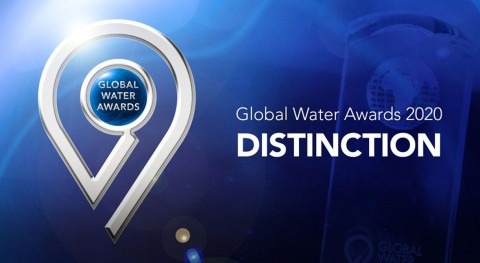 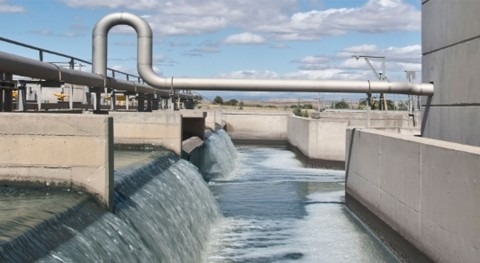 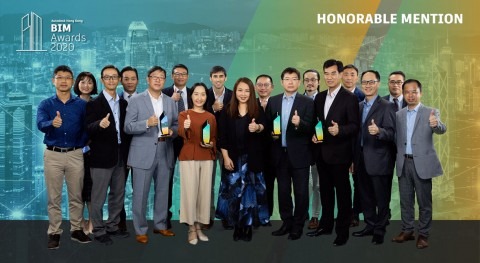 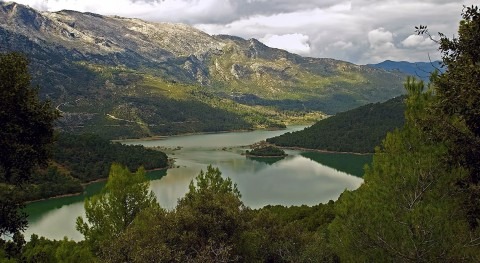 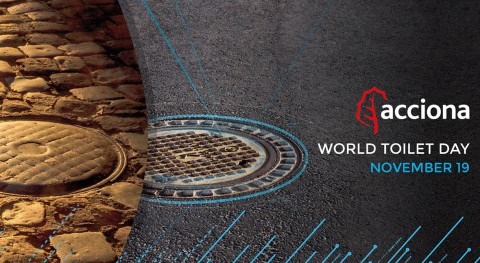 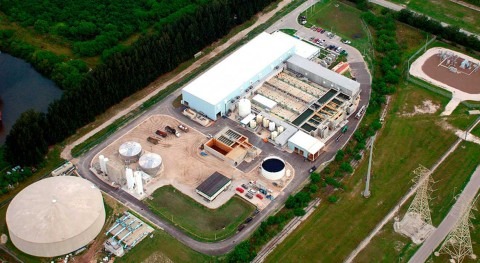 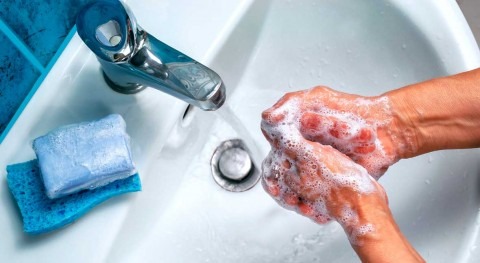 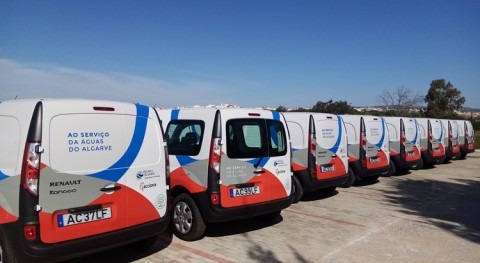