We interview Professor Gyimah-Boadi, co-founder, chairman of the board of directors and interim CEO of Afrobarometer, on the findings of their recently released publication on water and sanitation.

2019 marked the 20th anniversary of the Afrobarometer, the world’s leading source of high-quality data on what Africans are thinking. The research of this nonprofit gives citizens a voice in policy making thanks to the funding from various organisations and institutions that include private foundations and international development agencies. On the occasion of the release of their report on water and sanitation (Dispatch No. 349) last March, we had a chance to interview Professor Gyimah-Boadi, co-founder, chairman of the board of directors and interim CEO of Afrobarometer.

Question: How are Afrobarometer’s results used by governments, international organisations, researchers and others?

Answer: Major international organizations and development partners routinely use our data in their strategies and programs. We contribute to global and continental governance indicators by the Mo Ibrahim Foundation, the World Bank, the African Development Bank, the Economist Intelligence Unit, and many others.

At the national level, we see governments use our datainwhite papers, parliamentary debates, public speeches, and so on, as when the leaders of Ghana and Sierra Leone cite our findings on corruption as part of their anti-corruption efforts. We work hard to put the data into the hands of government officials. But we would like to see governments use our data more systematically and proactively, because using public opinion in policy development and monitoring, rather than just responding to it, would make for better policy decisions and implementation.

Another area where I think our data could be used more is in support of the UN Sustainable Development Goals. For 12 of the 17 SDGs, our data provides a kind of “people’s perspective” on how a given country is performing. We plan to start releasing SDG scorecards for surveyed countries that might help focus attention on areas where action is needed, including water and sanitation.

In addition to widespread coverage of our findings in the news media and on social media, perhaps one of the most important uses is by civil society, ranging from LGBTQ activists in Botswana to anti-corruption activists all over the continent.

There’s an extensive academic literature based on our findings, and investors find our data useful, too. Pretty much anyone with an interest in Africa can benefit from knowing what Africans are thinking, and Afrobarometer is the best source for data on that.

We also make all of our data available for free via our online data analysis tool, so anyone can do their own analysis.

If Africa is spared the worst of COVID-19, we would be criminally foolish not to heed the warning this pandemic has given us

Q: You provide high quality public opinion data. To what extent do you think it influences decision makers in Africa and beyond? 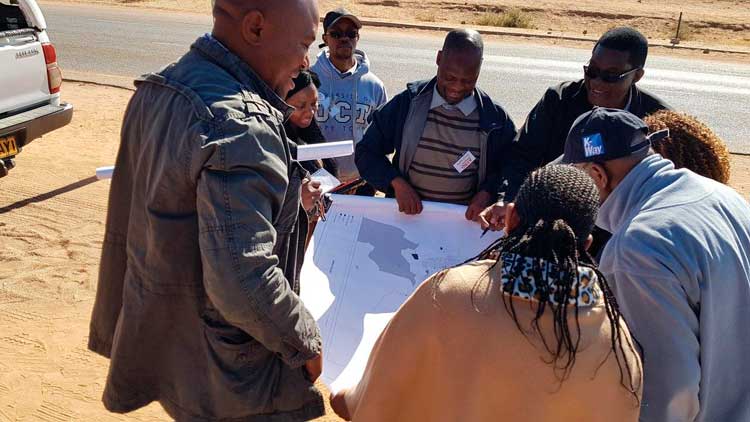 A: It definitely plays a role, because policy decisions these days have to be “evidence-based,” and citizens’ experiences and assessments are part of the evidence. In fact, this on-the-ground evidence provides a kind of independent reality check on other sources of data. Of course people tend to seize on data that supports the position they want to promote, and dismiss data that doesn’t. But over time, I think it has the power to help set the agenda or shift the debate. If we consistently report that average citizens say the police or judges are corrupt, it becomes pretty hard for the government to act as if there’s no problem.

This is where civil society, activists, and interest groups play a critical role. We can make sure the data is available, but it’s really the stakeholders who use it that make it powerful.

So decision makers encounter our data not only in our reports but also in “official” global indicators, in development partners’ strategies, in the news media, in civil society activism… When I think back to how it was when we started 20 years ago, when the voices of ordinary African citizens were basically absent from policy debates, the change is remarkable. Public opinion is now an indispensable part of African democracy.

Q: What are the main challenges that slow down progress towards SDG 6, clean water and sanitation for all, in African countries?

A: Corruption undermines so much that should be possible in Africa, including provision of clean water and sanitation. But beyond that, it’s largely a question of priorities.

Of course there are so many competing priorities in Africa. In our surveys, the top priority for government action is always unemployment, and it’s a huge one. But water and sanitation was the fourth-highest priority in our last survey round – ahead of education, economic management, poverty, food security… Governments and international development partners should listen to these priorities.

And again, civil society and the media play a vital role here. Even in imperfect democracies, the squeaky wheel is more likely to get the grease.

Q: In your Dispatch No. 349 you identify corruption as one of the barriers people find to obtain utility services. To what extent do you think it is a significant barrier to water security (in the context of other challenges), and what efforts are you aware of to address it?

A: Corruption related to accessing public services is a significant burden, amounting to an unofficial tax on the poor. In fact, our research shows that the poorest citizens are almost twice as likely as the wealthiest to have to pay bribes in exchange for public services. Water security is a complex problem, but the idea that even where the necessary infrastructure exists people have to put up with extortion by corrupt officials is just maddening. Citizens see this clearly: only one-third (34%) think their government is doing a good job of fighting official corruption. Unfortunately, twice as many (67%) say people risk retaliation if they report corruption.

In every country that I know of, people of good will are fighting against this canker. Sometimes a combination of reliable data and public attention can move things in the right direction. In Ghana, for example, our reports on corruption were followed by a strong and sustained response by the media, civil society, and the general public – the radio talk shows went wild. This has led to public responses and reforms by the police, the judiciary, and political leaders, including the president. We haven’t solved the problem yet, but it’s definitely on the public agenda.

Q: There has always been a clear link between water and health, but the current coronavirus crisis has brought it to light. Do you think this realisation will lead to water and sanitation becoming a higher priority for governments and international organisations?

A: Yes. I’m an optimist. If by some miracle that we’re all praying for, or through decisive government action, Africa is spared the worst of COVID-19, we would be criminally foolish not to heed the warning this pandemic has given us. That places both health care and water/sanitation at the top of lifesaving priorities.

Q: Based on your research, what do you think are the most important trends regarding access to water and sanitation?

A: Well, two of the most important “trends,” unfortunately, are negative: COVID-19 and climate change. Both are putting, and will continue to put, increasing pressure on governments and international development partners to prioritize action on water security. It will increasingly be a matter of life and death.

The most important positive trend, I think, is that Africans still want democracy and demand accountability from their elected officials. This is where citizen demand for action on water and sanitation will ultimately succeed.