According to a much-debated geo-engineering approach, both sea-ice retreat and global warming could be slowed by using millions of wind-powered pumps, drifting in the sea ice, to promote ice formation during the Arctic winter. AWI researchers have now, for the first time, tested the concept using a complex climate model and published their findings in the journal Earth’s Future. Their verdict is sobering: though the approach could potentially put off ice-free Arctic summers for a few more decades, beyond the Arctic the massive campaign wouldn’t produce any meaningful cooling effect.

Though it sounds like science fiction, it’s a serious suggestion to combat climate change: ten million wind-powered pumps, distributed throughout the Arctic, are intended to promote the formation of sea ice in the winter. They would continually pump seawater onto the surface of the ice, where it would freeze. The now-thicker ice could then survive the summertime melting longer and therefore reflect sunlight longer where otherwise the darker ocean would readily take up the sun’s warming rays. This could not only slow the loss of Arctic sea ice, but also mitigate remote impacts, perhaps even the warming in lower latitudes. The idea, first proposed by US researchers as ‘Arctic ice management’ in the journal Earth’s Future in 2017, was recently put to the test in a coupled climate model by two experts from the Alfred Wegener Institute, Helmholtz Centre for Polar and Marine Research (AWI). What they found: from a purely physical standpoint, the near-total loss of summertime sea ice, which will likely come by mid-century in the ‘business-as-usual’ scenario, could indeed be pushed back to the end of the century. However, this grace period would not entail any significant cooling for the climate in Europe or around the globe. 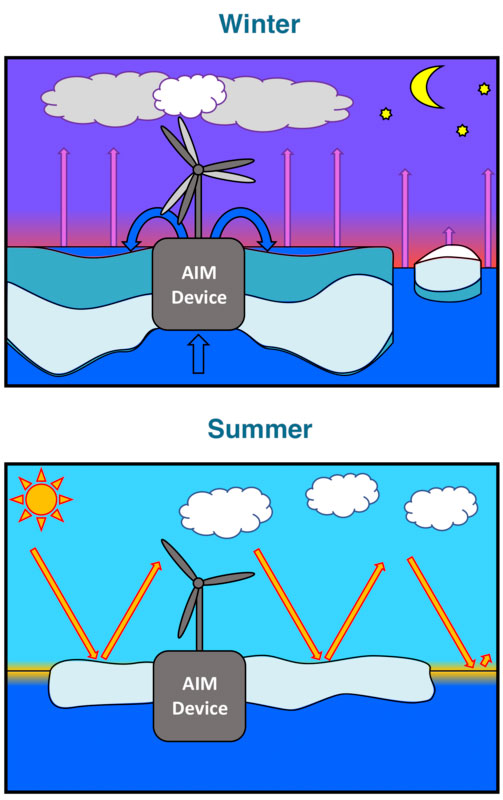 “We wanted to know whether this manipulation of the Arctic sea ice could work in purely physical terms, and what effects it would have on the climate,” says Lorenzo Zampieri, an environmental physicist and doctoral candidate from the AWI’s sea-ice prediction research group. Accordingly, he modified the AWI climate model so that the physical effect produced – the constant pumping of water onto the sea ice’s surface throughout the winter – could be simulated. As Helge Goessling, head of the research group, explains: “Normally the growth of the ice is limited by the fact that, as it becomes thicker, the ice increasingly insulates the ocean from the winter cold; for this reason, typically you won’t find an overall thickness of more than a few metres. But the pumps do away with this limiting effect, because new layers are added to the ice from above.” Initial simulations based on pumps churning seawater onto the ice throughout the Arctic show: year after year, the ice would gain between one and two metres in thickness. According to the climate model, the global warming produced by CO2 wouldn’t put an end to this growth until the end of the century. And what about the effects on the climate? The summertime warming of the Arctic would in fact be lessened by several degrees Celsius, as projected in the original publication. However, pumping the comparatively warm (-1.8 °C) water would also alter the thermal flow in winter, resulting in a substantial warming of the Arctic in winter. This thermal energy would also be transported to the middle latitudes and stored in the ocean there.

In the next step, the researchers conducted more realistic simulations in which the pumps were only deployed where the ice was less than two metres thick. “Two-metre-thick ice already has the best chances of surviving the summertime melting, and by limiting the distribution of pumps in this way, the unnecessary and considerable wintertime warming can also be avoided,” says Lorenzo Zampieri. In this scenario, the undesirable additional warming of the middle latitudes could in fact be avoided, but the scheme would still do little to mitigate climate change. Though the warming of the Arctic in summer would be reduced by roughly one degree Celsius, and the loss of the sea ice could be delayed by roughly 60 years, the increased reflection of sunlight wouldn’t be sufficient to slow climate change outside the Arctic.

“Given the unchecked progression of climate change to date, geo-engineering can’t be dismissed as mere nonsense by the climate research community,” claims Helge Goessling. Instead, these ideas need to be subjected to scientific scrutiny. Arctic ‘ice management’, both authors agree, is interesting in its own right, but can’t meaningfully mitigate global climate change; as such, it should remain science fiction. 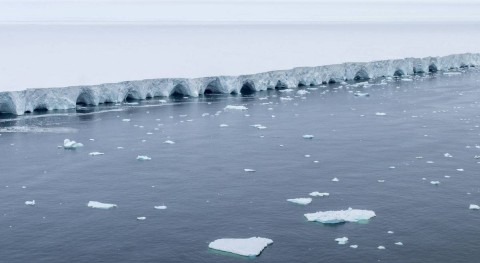 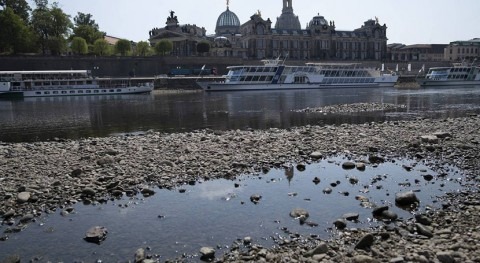 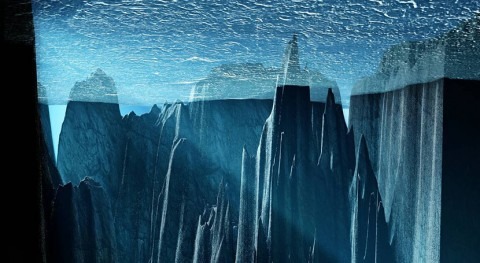 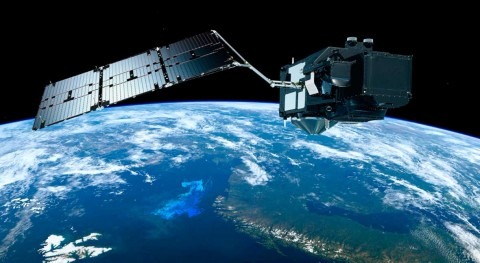 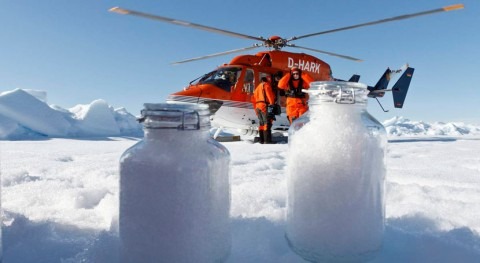