Potholes are aggravating to drive over, and they can cause billions of dollars of damage every year to automobile wheels, tires and suspensions. Currently, road crews fill in these holes with hydrocarbon-containing asphalt, but that material can leach out, polluting the environment. Now, scientists report a brand-new way to repair roads that's also eco-friendly—by using a remnant of wastewater treatment called grit that's usually disposed of in landfills.

"We had an idea to divert wastewater grit from landfills and turn it into a marketable product," says Zhongzhe Liu, Ph.D., who is presenting the work. "We formulated it into a ceramic mortar that could be used as a patch for pothole repair." The substance, known as grit assisted patch (GAP), is ultimately safer for the environment than hydrocarbon-based asphalt.

But grit, a heavy, unbiodegradable solid, requires processing to become GAP. First, wastewater containing sewage, food scraps and other waste is processed at treatment plants. The result is clean water that is released into waterways, but also solids from the preliminary treatment that are mostly sand and gravel, and this is referred to as grit. Because grit contains pathogens and impurities that make it unsuitable for direct recycling, it is usually taken to a landfill and buried.

Liu, who is at California State University-Bakersfield, and his collaborators were looking for ways to make grit useful, perhaps as a road material. They decided to incorporate it into a chemically bonded phosphate ceramic (CBPC). CBPCs are routinely used to treat hazardous or radioactive waste for disposal, but no one had used this yet on wastewater products.

Because a CBPC contains ingredients that would inactivate microbes, the researchers thought this could be a good way to kill pathogens and end up with a material that could be safely applied to roads. "In the first step of making a CBPC, we mix the wet grit with calcium oxide and magnesium oxide, which form an alkaline grit slurry that prevents the proliferation of pathogens," Liu says. "The second step is to add a weak acid, potassium dihydrogen phosphate, into the pathogen-minimized alkaline slurry to form the grit-CBPC mortar."

Conventional asphalt patch contains bitumen, a sticky, black residue left over after petroleum distillation. The conventional patch contains polycyclic aromatic hydrocarbons (known as PAHs) that are a risk to human health. A grit-formulated patch eliminates this environmental concern because its matrix is composed of calcium and magnesium oxides that are not toxic to people.

So far, the researchers have analyzed GAP performance in the lab, showing it has a compressive strength comparable to asphalt pavement, and they believe its longevity will be superior to that of asphalt-based patches. The group has filed a patent for GAP based on these initial findings. In the meantime, they are working on improving GAP's compressive strength even further, so it could potentially be used for other applications, such as building wheel stops at the end of parking spots.

The next step for getting GAP on the market as a pothole patch is to evaluate its bond strength when in contact with existing pavement and its durability when exposed to environmental extremes. The team is currently working on demonstration-scale experiments to field test GAP on an operational roadway with regular traffic. If necessary, they will explore additives to further improve the mechanical properties and durability of the new material. In addition, they plan to conduct a side-by-side comparison of GAP and conventional patch to gain a thorough understanding of the advantages it provides in terms of carbon footprint and economic benefit.

Treating wastewater with ozone could convert pharmaceuticals into toxic compounds 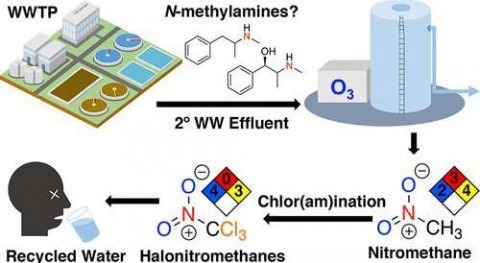 Can we make ocean water drinkable and should we?

Can We Make Ocean Water Drinkable -- and Should We?

Soaking up pharmaceuticals and personal care products from water 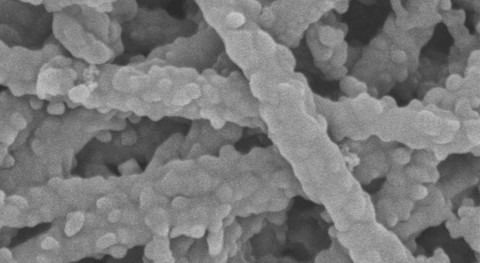 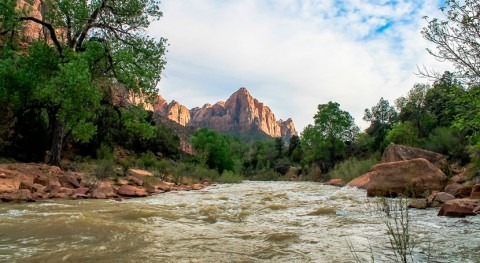