Emiliano García-Page, President of Castilla-La Mancha, accompanied by Tita García, mayor of Talavera de la Reina, and Santiago Lafuente, director of Aqualia in Spain, inaugurated the facilities of the Life Intext European project, led by Aqualia, a company that manages the municipal water service in the city of Toledo.

The event involved starting the demo plant and the unveiling of a commemorative plaque. This was followed by a guided tour of the facilities, in which the project's research team explained the different technologies that are already operating in the new facilities.

Wastewater treatment continues to be a matter that needs to be addressed in small towns across Spain. Currently, 72% of Spain's smallest towns have less than 2,000 inhabitants. The Life Intext demo plant is proof of the company's commitment to sustainability in wastewater treatment. The plant has been specially designed for small and medium towns, in which these processes are not implemented or are not efficient enough. In Spain, there are still 3 to 4 million inhabitants of small towns in which the water is not treated properly after it is used.

Santiago Lafuente, the company's Director in Spain, represented Aqualia at the event. During his speech, Lafuente highlighted the huge potential of the facilities, "which will help rural areas face their obligations to treat wastewater with a sustainable approach. These infrastructures and their team of researchers will mark the development of technology in this area over the next 10 years. Thanks to this, the current plants will evolve towards the "biofactory" concept: efficient facilities that will become a source of bioproducts with a high added value". 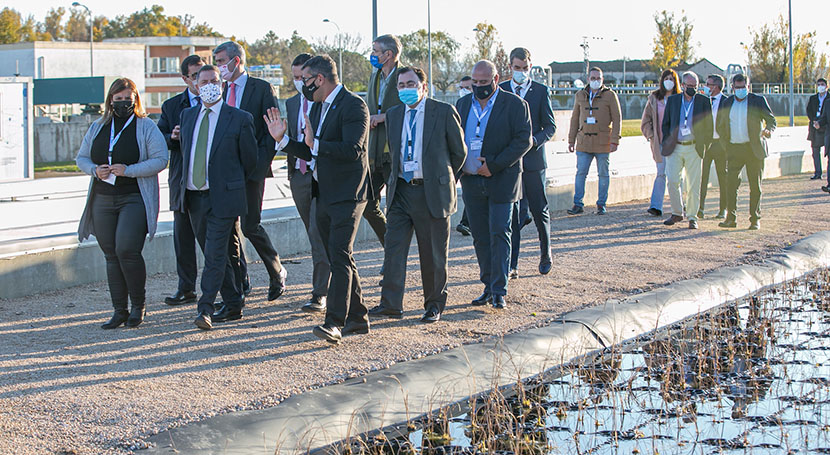 An experimental platform will be designed at the Talavera Wastewater Treatment Plant (WWTP) during the first phase of Intext. 16 hybrid wastewater treatment technologies (intensive and extensive) for small towns will be tested during this phase.

A decision-making tool will be developed during the second phase to select the best technology, which will allow tailored solutions to be offered to each town. Finally, the plants that are not operating at full capacity will be diagnosed to implement the most suitable technology and so these can be fine tuned to operate with the most efficient parameters.

The project is articulated through a Consortium of 9 partners from 5 European countries and has a budget of almost 3 million euros. The research project, of which 55% is funded by the European Union, will last 4 years and will be executed in Talavera la Reina, in collaboration with the Centre for New Water Technologies (CENTA).

The Platform for Innovation in Talavera

Life Intext is the first milestone of the Platform for Innovation in Talavera de la Reina. Two more projects are currently in progress. Life Phoenix was created in 2018 to address the tightening of the EU's legal requirements associated with re-using wastewater for agricultural purposes. Aqualia and its partners seek to turn wastewater into a high-value element that can be re-used for agricultural irrigation in a safe and efficient way. Phoenix will develop innovative technologies for small, medium and large towns.  The third element of this Platform is H2020 Nice, which seeks to re-nature cities. The project proposes the integration of different systems, such as green walls and roofs, infiltration gardens, artificial wetlands and sustainable drainage systems, all part of the urban water cycle.  All with the aim of integrating the landscape in the architecture of cities to reduce the urban heat island effect.

Life Intext is proof of Aqualia's commitment, which goes beyond the mere provision of services associated with the end-to-end water cycle. The company seeks to add value in the towns in which it operates through social and environmental projects that cater to the needs of each region and with a focus on sustainability.

Aqualia is permanently collaborating with universities, research centres, national and international organisations and city councils to achieve this goal, while contributing to the fight against climate change and the achievement of the UN's Sustainable Development Goals of the 2030 Agenda. Science, Technology and Innovation are a key tool to implement this Agenda, since they can improve efficiency from an economic and environmental point of view, developing new and better sustainable ways to meet the planet's needs. 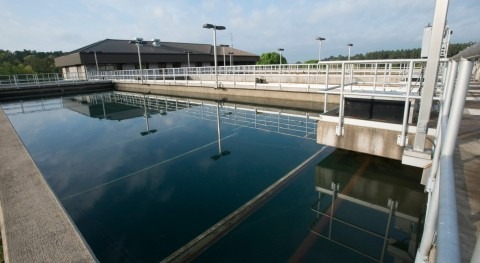 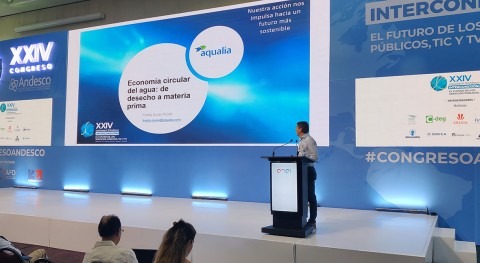 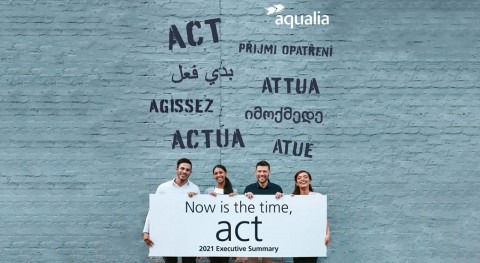 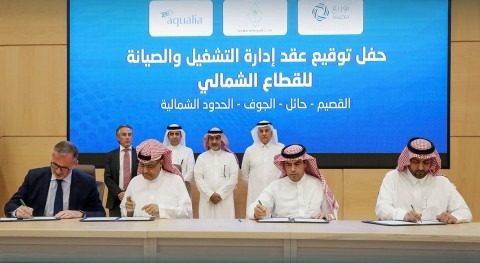 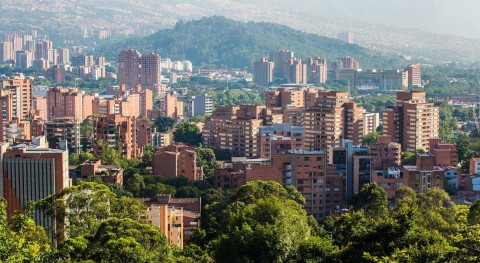