A new study of monsoon rainfall on the Indian subcontinent over the past million years provides vital clues about how the monsoons will respond to future climate change.

The study, published in Science Advances, found that periodic changes in the intensity of monsoon rainfall over the past 900,000 years were associated with fluctuations in atmospheric carbon dioxide (CO2), continental ice volume and moisture import from the southern hemisphere Indian Ocean. The findings bolster climate model predictions that rising CO2 and higher global temperatures will lead to stronger monsoon seasons.

“We show that over the last 900,000 years, higher CO2 levels along with associated changes in ice volume and moisture transport were associated with more intense monsoon rainfall,” said Steven Clemens, a professor of geological sciences (research) at Brown University and lead author of the study. “That tells us that CO2 levels and associated warming were major players in monsoon intensity in the past, which supports what the models predict about future monsoons — that rainfall will intensify with rising CO2 and warming global temperature.”

The JOIDES Resolution is capable of drilling several kilometers into sediments deep below the sea.

The South Asian monsoon is arguably the single most powerful expression of Earth’s hydroclimate, Clemens says, with some locations getting several meters of rain each summer. The rains are vital to the region’s agriculture and economy, but can also cause flooding and crop disruption in years when they’re particularly heavy. Because the monsoons play such a large role in the lives of nearly 1.4 billion people, understanding how climate change may affect them is critical.

For several years, Clemens has been working with an international team of researchers to better understand the major drivers of monsoon activity. In November 2014, the research team sailed aboard the research vessel JOIDES Resolution to the Bay of Bengal, off the coast of India, to recover sediment core samples from beneath the sea floor. Those core samples preserve a record of monsoon activity spanning millions of years.

The rainwater produced by the monsoons each summer eventually drains off the Indian subcontinent into the Bay of Bengal. The runoff creates a layer of dilute seawater in the bay that rides atop the denser, more saline water below. The surface water is a habitat for microorganisms called planktonic foraminifera, which use nutrients in the water to construct their shells, which are made of calcium carbonate. When the creatures die, the shells sink to the bottom and become trapped in sediment. By taking core samples of sediment and analyzing the oxygen isotopes in those fossils, scientists can divine the salinity of the water in which the creatures lived. That salinity signal can be used as an indicator of changing rainfall amounts over time.

Other data from the samples complement the foraminifera data. River runoff into the bay brings sediment from the continent with it, providing another indicator of rain intensity. The carbon isotopic composition of plant matter washed into the ocean and buried in sediment offers yet another rainfall-related signal that reflects changes in vegetation type. The hydrogen isotope composition of waxes on plant leaves varies in different rainfall environments, and that signature can be reconstructed from sediment cores as well.

“The idea is that we can reconstruct rainfall over time using these proxies, and then look at other paleoclimate data to see what might be the important drivers of monsoon activity,” said Clemens, who is affiliated with the Institute at Brown from Environment and Society. “That helps us to answer important questions about the factors driving the monsoons. Are they primarily driven by external factors like changes in Earth’s orbit,  which alter the amount of solar radiation from the sun, or are factors internal to the climate system like CO2, ice volume and moisture-transporting winds more important?”

The researchers found that periods of more intense monsoon winds and rainfall tended to follow peaks in atmospheric CO2 and low points in global ice volume. Cyclical changes in Earth’s orbit that alter the amount of sunlight each hemisphere receives played a role in monsoon intensity as well, but on their own could not explain monsoon variability. Taken together, the findings suggest that monsoons are indeed sensitive to CO2-related warming, which validates climate model predictions of strengthening monsoons in relation to higher CO2.

“The models are telling us that in a warming world, there’s going to be more water vapor in the atmosphere,” Clemens said. “In general, regions that get a lot of rain now are going to get more rain in the future. In terms of the South Asians monsoons, that’s entirely consistent with what we see in this study.”

The research was supported by the U.S. National Science Foundation (OCE1634774), the Japanese Society for the Promotion of Science (JPMXS05R2900001 and 19H05595), the Japanese Agency for Marine-Earth Science and Technology, the United Kingdom Natural Environment Research Council (NERC; NE/L002493/1), the United States Geological Survey, and Technology and Research Initiative Fund (Arizona Board of Regents). 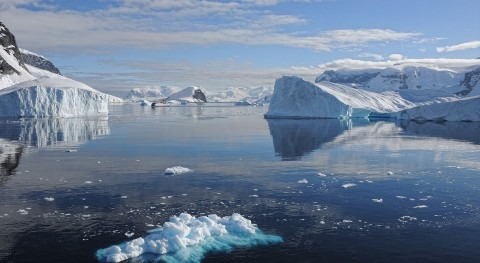 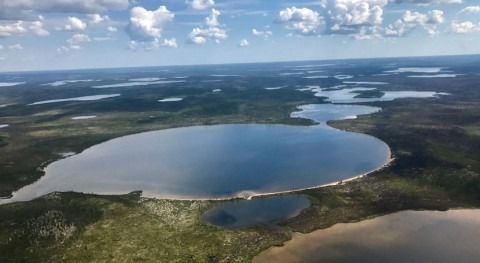