Scientists have discovered a new type of star dust whose composition indicates that it formed during a rare form of nucleosynthesis (the process through which new atomic nuclei are created) and could shed new light on the history of water on Earth.

A team led by cosmochemists from Caltech and Victoria University of Wellington in New Zealand studied ancient minerals aggregates within the Allende meteorite (which fell to Earth in 1969) and found that many of them had unusually high amounts of strontium-84, a relatively rare light isotope of the element strontium that is so-named for the 84 neutrons in its nucleus.

"Strontium-84 is part of a family of isotopes produced by a nucleosynthetic process, named the p-process, which remains mysterious," says Caltech's François L. H. Tissot, assistant professor of geochemistry. "Our results points to the survival of grains possibly containing pure strontium-84. This is exciting, as the physical identification of such grains would provide a unique chance to learn more about the p-process."

Tissot and collaborator Bruce L. A. Charlier of Victoria University of Wellington are co-lead authors on a study describing the findings that was published in Science Advances on July 9.

"This is really interesting," Charlier says. "We want to know what the nature of this material is and how it fits into the mix of ingredients that went to form the recipe for the planets."

Strontium (atomic symbol: Sr), a chemically reactive metal, has four stable isotopes: strontium-84 and its heavier cousins that have 86, 87, or 88 neutrons in their nuclei. Scientists have found that strontium is useful when attempting to date objects from the early solar system because one of its heavy isotopes, strontium-87, is produced by the decay of the radioactive isotope rubidium-87 (atomic symbol: Rb).

Rubidium-87 has a very long half-life, 49 billion years, which is more than three times the age of the universe. Half-life represents the amount of time required for the radioactivity of an isotope to drop to one-half its original value, allowing these isotopes to serve as chronometers for dating samples on varying time scales. The most famous radioactive isotope used for dating is carbon-14, the radioactive isotope of carbon; with its half-life of roughly 5,700 years, carbon-14 can be used to determine the ages of organic (carbon-containing) materials on human timescales, up to about 60,000 years. Rubidium-87, in contrast, can be used to date the oldest objects in the universe, and, closer to home, the objects in the solar system.

What is particularly attractive about using the Rb–Sr pair for dating is that rubidium is a volatile element—that is, it tends to evaporate to form a gas phase at even relatively low temperatures—while strontium is not volatile. As such, rubidium is present at a higher proportion in solar system objects that are rich in other volatiles (such as water), because they formed at lower temperatures.

Counterintuitively, Earth has an Rb/Sr ratio that is 10 times lower than that of water-rich meteorites, implying that the planet either accreted from water-poor (and thus rubidium-poor) materials or it accreted from water-rich materials but lost most of its water over time as well as its rubidium. Understanding which of these scenarios took place is important for understanding the origin of water on Earth.

In theory, the Rb–Sr chronometer should be able to tease apart these two scenarios, as the amount of Sr-87 produced by radioactive decay in a given amount of time will not be the same if Earth started with a lot of rubidium versus less of the material.

In the latter scenario, i.e., with less rubidium, the newly formed Earth would have been poor in volatiles such as water, thus the amount of Sr-87 in the earth and in volatile-poor meteorites would be similar to that observed in the oldest-known solar system solids, the so-called CAIs. CAIs are calcium- and aluminum-rich inclusions found in certain meteorites. Dating back 4.567 billion years, CAIs represent the first objects that condensed in the early solar nebula, the flattened, rotating disk of gas and dust from which the solar system was born. As such, CAls offer a geologic window into how and from what type of stellar materials the solar system formed. 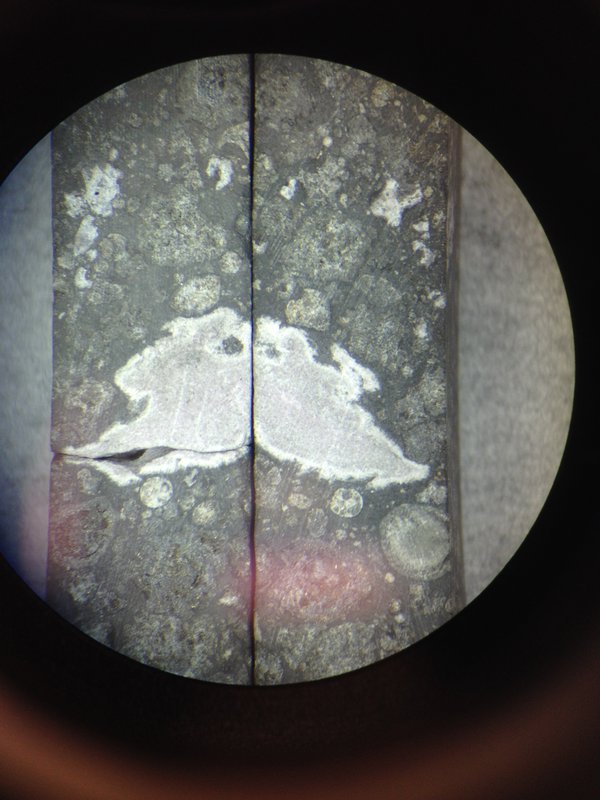 A CAI inclusion in the Allende meteorite. This inclusion contains strontium, which was isolated and studied by Tissot and colleagues.

"They are critical witnesses to the processes that were happening while the solar system was forming," says Tissot.

However, the composition of CAIs has long muddled scientists' ability to determine if Earth formed mostly dry or not. That is because CAls, unlike other solar-system materials, have anomalous ratios of the four strontium isotopes, with a slightly elevated proportion of strontium-84. Thus, they pose a challenge to the validity of the rubidium–strontium dating system. And they also raise a key question: Why are they different?

To learn more, Tissot and Charlier took nine specimens of so-called fine-grained CAls. Fine-grained CAIs have preserved their condensate (that is, snowflake-like) texture, which testifies to their pristine nature.

The team painstakingly leached out these CAIs by bathing them in gradually harsher acids to strip away the more chemically reactive minerals (and the strontium they contain), leaving a concentrate of only the most resistant fraction. The final sample contained almost pure Sr-84, while a typical sample is composed of 0.56 percent Sr-84.

"Step-leaching is a little bit of a blunt instrument because you are not entirely sure what exactly it is you are destroying at each step," Charlier says. "But the nub of what we've found is, once you have stripped away 99 percent of the common components within the CAIs, what we are left with is something highly exotic that we weren't expecting."

"The signature is unlike anything else found in the solar system," Tissot says. The grains carrying this signature, Tissot and Charlier concluded, must have formed prior to the birth of the solar system and survived that cataclysmic process during which stellar grains were heated to extremely high temperatures, vaporized, and then condensed into solid materials.

Given the relative abundance of strontium-84, the discovery points to the likely existence in meteorites of nanometer-sized grains containing almost pure strontium-84 that were formed during a rare nucleosynthetic process before the formation of the solar system itself. The nature of these grains is still a mystery, as only their isotopic composition in strontium reveals their existence. But the high levels of Sr-84 in the CAIs suggest that Earth and volatile-poor meteorites have more strontium-87 than CAIs, favoring the scenario in which Earth accreted with more water and volatile elements, which were subsequently lost within the first few million years after their formation. 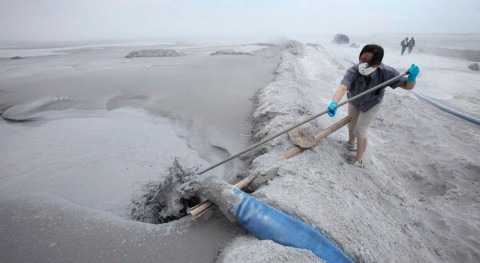 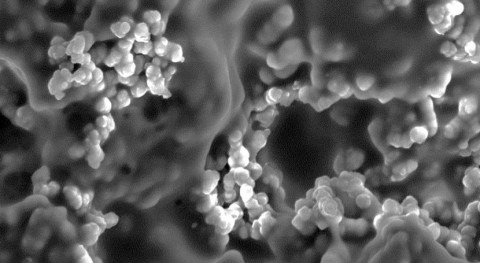 What happened to Mars's water? 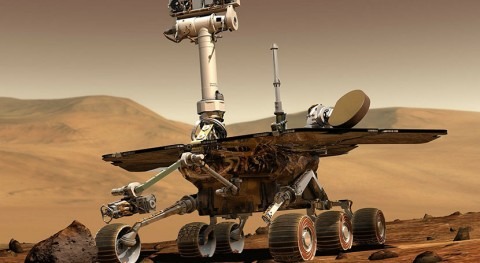 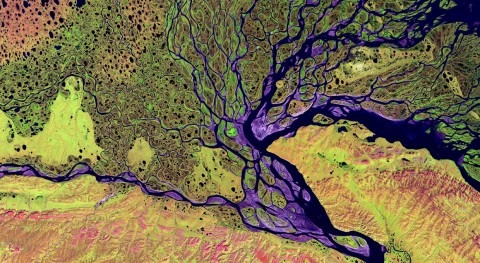 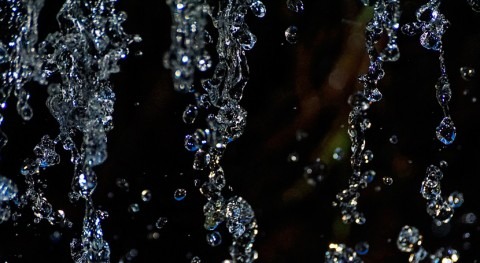