The drastic rise in global temperatures must be tackled imminently to avoid fatal consequences for ecosystems and humanity. To achieve this goal, the European Union has set out to reduce net greenhouse gas emissions by at least 55% by 2030 and to become a climate-neutral continent by 2050. In this context, Europe must reduce its dependence on fossil fuel imports and biomethane will play a crucial role in achieving this. However, this sustainable fuel has certain limitations, such as its high production cost, the viability of small farms, or the difficulty of treating non-fermentable waste.

The implementation of the solutions proposed in the project is expected to promote circular economy projects at the local level and reduce dependence on imports of natural gas and liquefied natural gas (LNG). On a large scale, SEMPRE-BIO aims to promote the use of biomethane as a substitute for fossil fuels used in transportation and the natural gas grid, with an estimated reduction in CO2 emissions of 213 million tons per year by 2050.

To achieve its objective, SEMPRE-BIO will create three innovation ecosystems in which, through co-creation processes, specific solutions will be proposed for each of the scenarios, representatives of the different situations existing in Europe regarding biomethane production. In particular, five innovative technologies will be tested, which will contribute to diversifying the conversion technology base for biomethane production, and their replication in other plants will be encouraged. On the other hand, a comprehensive technological and economic assessment will be carried out to show the benefits of these solutions compared to fossil gas and conventional biogas upgrading technologies, overcoming existing barriers to their mass adoption. Such assessment will mainly focus on aspects related to the improvement of biomethane production efficiency and cost reduction, but will also have a strong focus on the minimization of greenhouse gas emissions, aiming at increasing sustainability and fostering circular economy models.

SEMPRE-BIO will be tested in three plants throughout Europe. In Spain, the Baix Llobregat ecofactory, managed by Aigües de Barcelona, will be the site where biomethane production technologies that will allow the valorization of currently untapped biogas streams will be demonstrated. The biogas will be converted into compressed natural gas (CNG) through a power-to-gas hydrogen methanation process, for use in Barcelona's public transport. The Bourges green waste treatment plant in France will produce biomethane from non-digestible urban green waste for injection into the grid. Finally, in Adinkerke, Belgium, De Zwaenepoel, a farm with no connection to the natural gas grid and low biogas production, will be the scenario where SEMPRE-BIO will demonstrate solutions for biogas purification and production of liquid biomethane, a renewable fuel ideal for heavy transport, such as trucks or ships. The biomethane generated here will be stored locally in liquefied form and distributed by road transport, while the CO2 will be commercialized and its conversion to polymers and proteins will be studied.

This initiative is part of the Horizon Europe funding program of the European Commission. Under the leadership of Cetaqua, Centro Tecnológico del Agua, the SEMPRE-BIO project consortium is formed by the Spanish companies Aigües de Barcelona, Naturgy, Cryo Inox and Inveniam, Propuls from Germany, TerraWatt from France, Innolab and NV De Zwanebloem from Belgium; the Metropolitan Area of Barcelona as a public entity; the research centers DBFZ from Germany, SINTEF from Norway, and Biogas-E, from Belgium. From academia, the Technical University of Denmark, the University of Ghent in Belgium, and the BETA Technological Center of the UVic-UCC in Spain will participate.

SEMPRE-BIO follows in the footsteps of LIFE NIMBUS, another European research project led by Cetaqua and in which Aigües de Barcelona, Transports Metropolitans de Barcelona (TMB) and the Autonomous University of Barcelona (UAB) also participate. While LIFE NIMBUS aims to use biomethane generated from sewage sludge as a sustainable fuel for public transport in Barcelona, SEMPRE-BIO goes a step further and proposes more advanced solutions for the production of this sustainable fuel, with a margin for transfer and adoption on a larger scale. 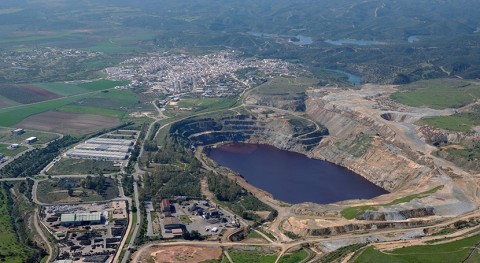 Marina Arnaldos: "Being young and being a woman is quite complicated" 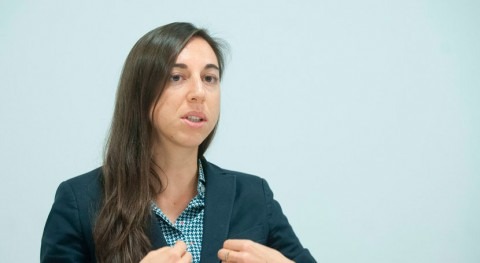