Citylitics, the source for intelligence on planned infrastructure investments, has raised US$5 million in a Series A round of funding. The investment was co-led by Dallas Venture Capital and Cerium Technology Ventures with participation from Klister and GCI. The funds will be used by Citylitics to double its sales, marketing, customer success, and engineering teams; expand into new infrastructure verticals throughout North America; and continue building out its data pipelines and platform functionality to serve their vision of helping infrastructure projects get completed faster and with more transparency. Concurrent with the funding round, partners from Cerium and Dallas Venture Capital will be joining the Citylitics board of directors.

Throughout North America, many communities don’t have proper or well-maintained infrastructure and struggle with access to clean water, reliable energy, and transportation, which can lead to water main breaks, power outages, flooding, structural collapses, and other serious issues. Citylitics was founded with the goal of improving the state of infrastructure everywhere and accelerating the pace of infrastructure projects from concept to completion.

“We have a once in a generation opportunity to revitalize our public infrastructure and improve economic, social, and environmental outcomes across communities in North America. While trillions of dollars will be spent to achieve these goals, our focus is on providing access to better data that will improve the transparency and decisions made on infrastructure projects in the coming years,” said Ahmed Badruddin, CEO and co-founder of Citylitics. “This funding round brings together investors with a proven track record and expertise in deep tech, artificial intelligence, data-as-a-service, and infrastructure markets. This gives us a strategic advantage as we invest further in our mission, sustain our rapid growth trajectory, and expand our focus to include several new infrastructure segments.”

The Citylitics platform ingests millions of public documents and data generated by cities, utilities, and public agencies, including council meeting minutes, budgets, capital plans, permits, environmental reports, and more. Then, using machine learning augmented by human expertise, Citylitics looks for indicators of infrastructure needs and turns it into meaningful, predictive market intelligence on infrastructure plans, priorities, forecasts, projects, research, and more. These insights are used by stakeholders that serve the infrastructure market to identify the right opportunities to pursue, at the right stage, using the right approach and strategy. Citylitics customers include the largest and fastest growing manufacturers, suppliers, engineering, construction, investment, and consulting firms in the infrastructure sector, including Aegion, Echologics, and EXP.

Over the past 18 months, Citylitics has more than doubled the size of its team, taking it from 16 to 40. The company also launched a web platform that provides visualizations of early-stage market intelligence on infrastructure projects and spending. This platform enables users to garner greater insights and analytics from Citylitics intelligence, so they can make better decisions on how to optimize their sales planning and execution. During this time, Citylitics also expanded into new segments within the infrastructure market, going beyond its initial focus on water to include public transit, transportation (roads, bridges, highways), and aviation. With this funding in place, Citylitics plans to continue this expansion into several new industry verticals, including broadband, waste management, power and electricity, and renewable energy.

"North America is witnessing a once in a generation infrastructure investment boom, driving greater demand for Citylitics’ data and predictive intelligence platform from infrastructure vendors and industry professionals,” said Dayakar Puskoor, founder and Managing Partner at Dallas Venture Capital. “After extensive due diligence, our team felt that Citylitics is only scratching the surface in terms of the value-add they can create for their customers through the unique datasets and the predictive capabilities they deliver. Citylitics has tremendous potential to become the ultimate gateway of infrastructure procurement, and we are pleased to welcome them to the DVC family and employ the DVC advantage to fuel their next phase of growth." 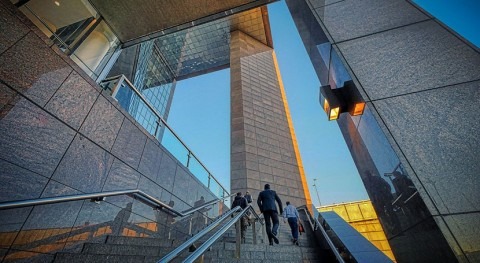