The cost of drought in Italy

General593
CMCC Foundation
CMCC has been established in 2005 with the financial support of the Italian Ministry of Education, University and Research, and the Ministry of the Environment, Land and Sea and it is fully operative since 2006.
TwitterFacebookLinkedInYoutube

Drought-induced economic losses ranged in Italy between 0.55 and 1.75 billion euros over the period 2001-2016, and droughts caused significant collateral effects not only on the agricultural sector, but also on food manufacturing industries. A study just published led by the CMCC Foundation sheds light on the characterization of the total damages caused by droughts while providing a tool with applicability in the implementation of drought risk management plans and the evaluation of drought management policies.

Droughts are, after floods and storms, the costliest natural hazard. The expected increase in the frequency and intensity of drought events due to climate change reinforces the necessity to improve the quality and reliability of information about the economic impacts of droughts and the need for more accurate cost analyses to embed these estimates into the assessment of the costs of climate change.

A new study realized with the contribution of the CMCC Foundation, recently published on Land Use Policy, proposes a novel method to assess the overall economic effects of agricultural droughts using a coupled agronomic-economic approach that accounts for the direct and indirect impacts of this hazard in the economy.

Droughts are, after floods and storms, the costliest natural hazard

“Our results reveal”, commented researcher David García-León, lead author of the study, “over the period analyzed, droughts of different severity hit Italy and drought-induced economic losses ranged in Italy between 0.55 and 1.75 billion euros.

David García-León, who was Marie Skłodowska-Curie Postdoctoral Fellow at CMCC@Ca’Foscari  Division and he’s now at the European Commission, Joint Research Centre, focused his research on assessing the overall macro-economic effects (% GDP) of agricultural drought impacts in Italy using a coupled CGE-econometric approach. The other authors of the study are the CMCC researchers Gabriele Standardi and Andrea Staccione, respectively working at CMCC Divisions ECIP – Economic analysis and Climate Impacts and Policy and RAAS – Risk Assessment and Adaptation Strategies.

In this study, the authors focused on agricultural droughts, which represent the impact on crop yields. “We used a satellite-based indicator of agricultural drought, the vegetation indicator fAPAR – fraction of Absorbed Photosynthetically Active Radiation –“, Dr. García–León explains, “to detect and monitor the impacts on vegetation growth and productivity of environmental stress factors, especially plant water stress due to drought.”

“This data”, CMCC researcher Andrea Staccione adds, “have been then correlated with the geo-referenced data of land use and agricultural production at the farm-level provided by the Italian Council for Agricultural Research and Economics (Consiglio per la Ricerca in agricoltura e l’analisi dell’Economia Agraria – CREA) in order to assess the direct impacts of agricultural droughts on crop productivity.”

The study distinguished between three types of drought severity levels (mild, moderate and extreme), and three representative years of each state were selected to describe each scenario: solar years 2003, 2006 and 2011 were studied as extreme, moderate and mild dry years, respectively. After the estimation of the direct impacts of droughts on crop yields using statistical models calibrated for each crop, the authors estimated the indirect impacts at the sectoral, regional and country-wide level. “Local-level, crop-dependent productivity shocks were fed into a regionalised Computable General Equilibrium model specifically calibrated for the Italian economy”, CMCC researcher Gabriele Standardi explains. “Our estimates indicate that the total damages caused by agricultural droughts in the Italian economy can range from 0.01−0.10% of Italian GDP, that is, from approximately EUR 0.55 to EUR 1.75 billion. These damages concentrate but extend beyond the agricultural sector, with substantial identified impacts on food industry manufacturing and wholesale and trade services”. This estimated overall effect on GDP is  coherent with other outcomes obtained in different studies and, in particular, the agricultural production loss identified under severe drought conditions (EUR 2 billion) is consistent with the figure reported by the Italian Association of farmers in 2017, considered an extreme dry year. The spatial distribution of the identified losses showed large regional heterogeneity, according to the geographical configuration of droughts in a specific year, and on the specific crops cultivated in the different areas analysed. Moreover, the simulations suggested the presence of a recomposition of land use and production, that is a land-use substitution effect from less to more drought-resistant crops following a drought (e.g. olive).

“In the end, Andrea Staccione concludes, “it’s important to highlight that our approach is fully systematic and scalable and thus could be applied to more specific areas or could be expanded to implement large pan-European drought cost assessments. Our study therefore might improve policy approaches to managing drought risks, while pointing out the best pre-impact (mitigation) and post-impact (response) interventions to be included in drought plans.”

The proposed methodology shows its full potential as a support to decision-making processes on land use and drought management. For example, regional risk maps could help to identify areas with the highest exposure and vulnerability. The analyses of the drought risk on specific regions could also contribute to defining insurance tools that reflect the costs produced by drought events and, consequently, appropriate compensation tools.

Middle East and North Africa: heatwaves of up to 56 degrees Celsius without climate action 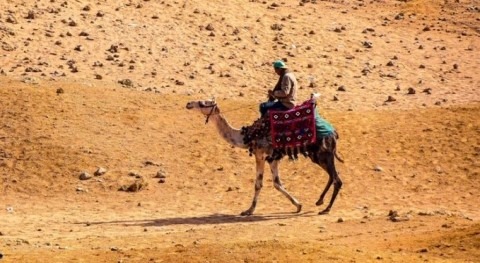 Water availability has changed, and humans are to blame 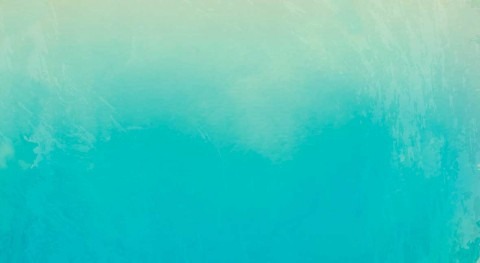