Along the Antarctic coast, icebergs regularly break away from glaciers and plunge into the nutrient-rich waters below. Carried by currents and wind, these icebergs then scrape along the bottom of the seafloor, wiping out the marine communities in their paths. These powerful events throw marine ecosystems into chaos, causing massive die-offs in the affected areas. Researchers recently dove into this hostile environment to record the stunning ecological transformations taking place. Their findings were published in Marine Environmental Research earlier this year.

The study examined the shallows adjacent to the western Antarctic Peninsula, an area highly disturbed by ice scouring — when icebergs break off from glaciers and gouge the seafloor. It presents the connections between these ecosystem disturbances and the structure of assemblages—the groups of organisms which live in the surrounding community. 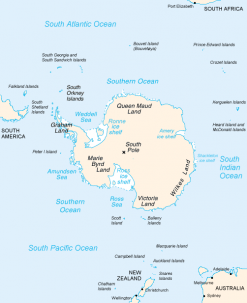 Disturbances have been widely studied and are recognized as a crucial determinant of an area’s species richness and diversity. However, this study stands out in its approach. Speaking with GlacierHub, lead author Ben Robinson explained how the research team built upon previous studies to develop a more comprehensive understanding of what factors influence the repopulation of an area following a disturbance.

Although Antarctica might be thought of as a hostile environment, the Southern Ocean is actually nutrient-rich and home to diverse marine life. To study how disturbances shape these marine communities, scuba divers and remote-operated robots dipped into the icy waters of the Southern Ocean. They collected data on how two different groups of species that live along the seafloor respond to ice scour disturbances. One group is mobile, and the other group, bryozoa, is stationary. Bryozoa are interesting little invertebrates, known to be filter feeders and hermaphrodites. Photos of Robinson’s research expeditions show starfish, which prey upon bryozoa, scattered across the rocky seafloor. 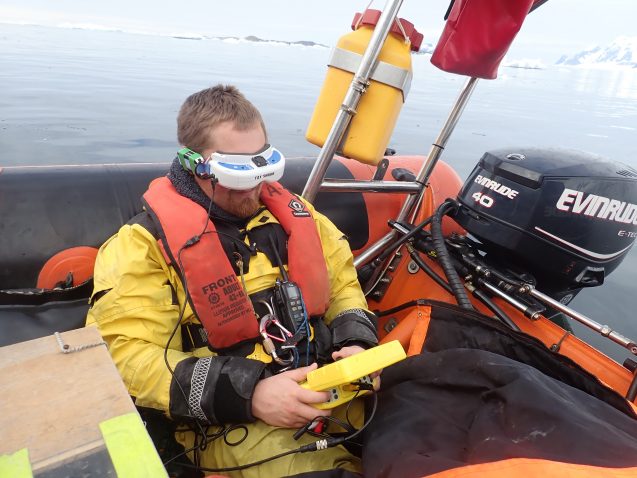 Guiding the ROV from the boat (Source: Ben Robinson)

Robinson believes that understanding disturbance and assemblage structure provides insight into the workings of an ecosystem’s food web. He explained that disturbance events are potentially linked with lower species richness. When there are fewer disturbances and prey is abundant, more predator species move in; conversely, when disturbances cause die-offs of prey species, predator species are also affected. 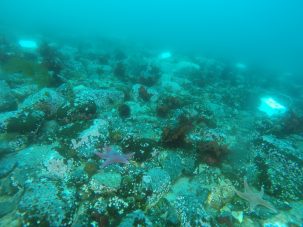 The rocky seafloor where Robinson and his crew collected data (Source: Ben Robinson)

Robinson lived in Antarctica for three years, working as a marine biologist for the British Antarctic Survey. The research he conducted during this time resulted in this article, which was pulled from one chapter of Robinson’s PhD dissertation, and contributes to a wider discussion of disturbance. While no longer living in the frigid Antarctic, he still plans on continuing to analyze his data, this time considering how disturbance impacts a wider range or deeper parts of the ocean.

Robinson is hopeful that the results of this study will help researchers understand other disturbance events. He and his co-authors think the way marine life in the Antarctic respond to ice scour differently provides insight into the way a forest ecosystem may respond to fire. The authors believe their results provide further evidence for a hypothesis published in a 2017 article, which explained how “only considering the time-since-fire in forests will not capture the full impact of disturbance.” They hope to see their method of studying multiple disturbance factors applied to other events such as forest fires.

Speaking with GlacierHub, Robinson also highlighted the importance of understanding disturbance events and assemblage structure in light of climate change. Climate change is drastically altering the Antarctic landscape. However, these alterations are not just aesthetic — retreating glaciers are likely to cause significant changes to disturbance regimes. 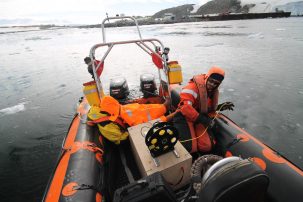 Image from one of Robinson’s research expeditions (Source: Ben Robinson)

It’s not just glaciers that are impacted; sea ice is also dropping as a result of changing wind patterns and climate change, Robinson explained. He described how “normally when the sea ice freezes over there isn’t much disturbance, but sea ice has been decreasing.” With less sea ice to prevent icebergs from plunging down into marine ecosystems, Robinson says in the “short term, you’re getting a lot more disturbances.”

Brian Buma, a biologist at the Alaska Climate Adaptation Science Center at the University of Alaska, confirmed that climate change makes understanding disturbance events more urgent because “we cannot assume typical disturbance-and-then-recovery processes.” In other words, climate-induced changes in disturbance make the resilience of ecosystems much more uncertain. 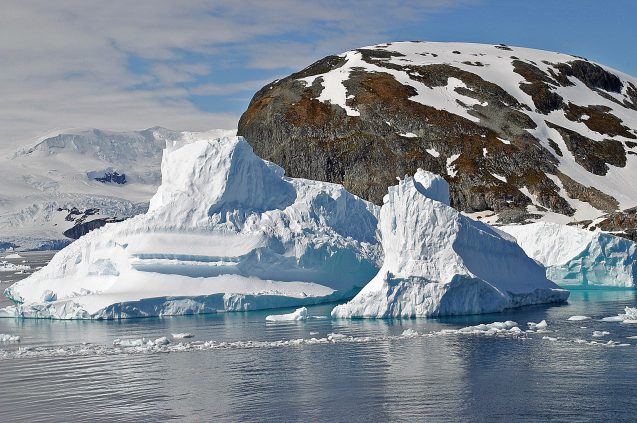 Andrew Constable, a marine ecologist for the Australian Government, and a lead author on the IPCC’s sixth assessment report, raised some concerns about the methodology employed by Robinson and his co-authors. Constable thought the study’s use of two highly distinct species — one mobile and one stationary — made it more difficult to understand.

However, Buma found their methodology to be “straightforward,” saying “it will be wonderful to see how long the authors can keep the study going.” Buma said the results were consistent with what you would see in “any other more typically studied disturbance system.” He also thought it was appropriate that Robinson and his co-authors drew connections between ice scour and forest fires. He said by doing so they “connect their study to broader theory.” He appreciated that the authors linked different types of disturbance, saying “it should be common practice to compare disturbance types, because only by unifying across disturbances can we ever get to a theory of disturbance ecology. That is still elusive.”

The results of chilly dives into the blue waters of the Southern Ocean have the potential to inform relationships between disturbance events and assemblage regimes in lands with vastly different climates and ecosystems. As climate change threatens ecosystems around the world, this study serves as an important reminder of the beauty, fragility, and interconnectedness of this planet.