Intensified rainstorms predicted for many parts of the United States as a result of warming climate may have a modest silver lining: they could more efficiently water some major crops, and this would at least partially offset the far larger projected yield declines caused by the rising heat itself. The conclusion, which goes against some accepted wisdom, is contained in a new study published this week in the journal Nature Climate Change.

Numerous studies have projected that rising growing-season temperatures will drastically decrease yields of some major U.S.crops, absent adaptive measures. The damage will come from both steadily heightened evaporation of soil moisture due to higher background temperatures, and sudden desiccation of crops during heat waves. Some studies say that corn, which currently yields about 13 billion bushels a year and plays a major role in the U.S. economy, could nosedive 10 to 30 percent by the mid- to late century. Soy—the United States is the world’s leading producer—could decline as much as 15 percent. 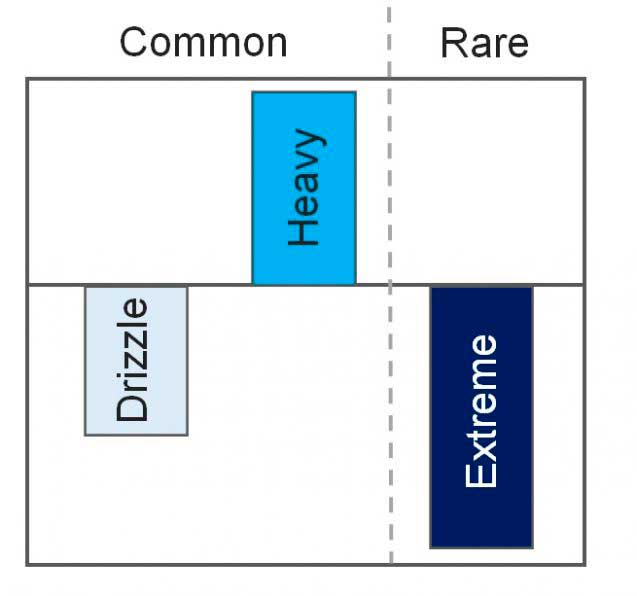 A new study finds that when rain comes down mainly as drizzle, yields of major crops are depressed; when downpours are heavier, yields rise, up a point. Yields go down severely with the most extreme rainfalls, but these are quite rare. Length of bars represents impact on crops per hour. Heavy rainfall is projected to increase more than extremes in the future, giving a boost to crops. (Graph by Corey Lesk)

Since warmer air can hold more moisture, it is also projected that rainfall will in the future come more often in big bursts, rather than gentle downpours—a phenomenon that is already being observed in many areas. Many scientists have assumed that more extreme rains might further batter crops, but the new study found that this will probably not be the case. The reason: most of the projected heavier downpours will fall within a range that benefits crops, rather than passing the threshold at which they hurt them.

“People have been talking about how more extreme rain will damage crops,” said lead author Corey Lesk, a PhD. student at Columbia University’s Lamont-Doherty Earth Observatory. “The striking thing we found was, the overall effect of heavier rains is not negative. It turns out to be good for crops.”

That said, the effects will probably be modest, according to the study. It estimates that corn yields could be driven back up 1 or 2 percent by the heavier rains, and soy by 1.3 to 2.5 percent. These increases are dwarfed by the potential losses due to heat, but even a few percent adds up when dealing with such huge quantities of crops. And, the researchers say, “Our findings may help identify new opportunities for climate-adaptive crop management and improved modeling.”

The team reached their conclusions by studying hour-by-hour rainfall patterns recorded by hundreds of weather stations in the agricultural regions of the U.S. West, South and Northeast each year from 2002 to 2017. They then compared the rainfall patterns to crop yields. They found that years with rains of up to about 20 millimeters an hour—roughly the heaviest downpour of the year on average—resulted in higher yields. It was only when rains reached an extreme 50 millimeters an hour or more that crops suffered damage. (Twenty millimeters an hour is about three-quarters of an inch; 50 is about 2 inches.) Moreover, years in which rain came mainly as mere drizzle actually damaged yields. 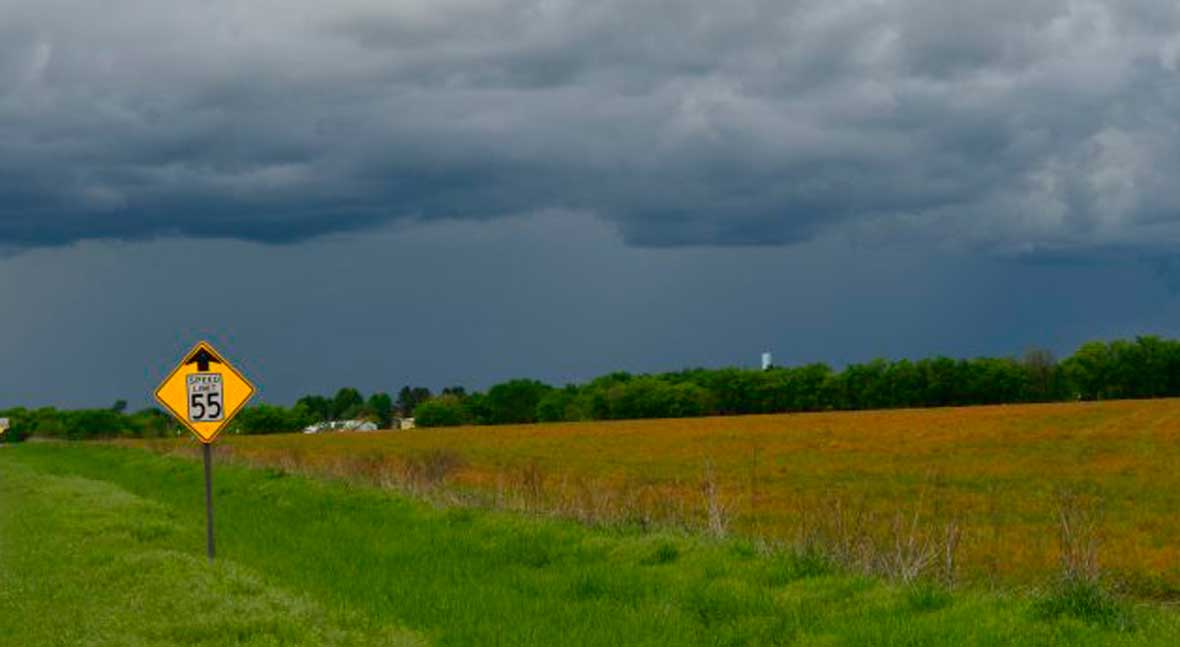 The researchers outlined several possible reasons for the differences. For one, drizzle may be too inefficient to do much good. In hot weather, it can mostly evaporate back into the air before reaching subsurface root zones where it is needed; in cooler weather, it might remain on leaves long enough to encourage the growth of damaging fungi. “There are only a fixed number of hours of rain you can get in a season,” said Lesk. “If too much of them are taken up by useless drizzle, it’s wasted.”

Heavier storms on the other hand, are better—at least up to a point. These allow water to soak thoroughly into the soil, carrying in both moisture and artificial fertilizer spread on the surface. It is only the most extreme events that hurt crops, say the researchers: these can batter plants directly, wash fertilizer off fields, and saturate soils so thoroughly that roots cannot get enough oxygen.

To study the effects of future potential rainfall patterns, the researchers used basic physical models to estimate how much heavier rains might become under different levels of warming. They found that in most cases, more rain would, as expected, come in bigger downpours—but these heavier rains would fall within the fairly wide range where they are beneficial. The most extreme, damaging rains would also increase—but would still be rare enough that the greater number of beneficial rainfalls would outweigh their effects.

Because the study averaged out statistics over vast areas, and many other factors can affect crop yields, it would be hard to say exactly what the effects of future rainfall will be in any one area, said Lesk. “No single farmer would use a study like this to make decisions on what to plant or how,” he said. But, as the paper concludes, the results “suggest that beyond extreme events, the crop yield response to more common rainfall intensities merits further attention.”