Public A.5
Dubai Electricity and Water Authority (DEWA)
DEWA uses the latest technologies in water production, transmission, distribution, as well as control of water networks. This has contributed to several successes and achievements, making it one of the best utilities in the world.
TwitterFacebookYoutubeWeb

The strategic summit witnessed the launch of a joint AI laboratory, through which DEWA and Huawei will develop and implement AI digital services for the Middle East. The two sides also launched a training and development programme for DEWA staff in different areas of the Fourth Industrial Revolution and disruptive technologies. The two parties affirmed their keenness to enhance cooperation in order to achieve the strategic objectives of both DEWA and Huawei, which include developing joint digital services and joint marketing of digital services in the UAE and around the world, as well as enhancing the benefits of these services.

In his welcoming speech at the summit, Al Tayer affirmed DEWA’s strategic partnership with Huawei, which is a global leader in telecommunications and information technology. This partnership has resulted in many important achievements that support DEWA’s efforts to achieve promising government strategies such as the UAE Centennial 2071; the National Artificial Intelligence Strategy 2031, and the UAE Strategy for the Fourth Industrial Revolution; to make its customers happier, as well as the community as a whole, and bring a comprehensive change to government work.

“DEWA supports the directives of His Highness Sheikh Mohammed bin Rashid Al Maktoum, Vice President and Prime Minister of the UAE and Ruler of Dubai, who instructed Dubai Government to deliver services that are 10 years ahead of other cities, and to work under the leadership of HH Sheikh Hamdan bin Mohammed bin Rashid Al Maktoum, Crown Prince of Dubai and Chairman of the Board of Trustees of the Dubai Future Foundation (DFF), and HH Sheikh Maktoum bin Mohammed bin Rashid Al Maktoum, Deputy Ruler of Dubai. These directives have guided DEWA’s strategy to shape the future and enhance its role in serving the community to become a globally leading sustainable innovative corporation. DEWA has achieved considerable progress in this and one of its most prominent achievements is the launch of Digital DEWA, the digital arm of DEWA, to redefine the concept of utilities and create a new digital future for Dubai, to become the premier digital organisation in the world; with autonomous systems for renewable energy and storage and the expansion of artificial intelligence and digital services,” said Al Tayer.

Al Tayer noted that Digital DEWA has a four-point strategy. The first is launching advanced solar power technologies in Dubai. The Mohammed bin Rashid Al Maktoum Solar Park is one of the most remarkable projects by DEWA. The solar park is the largest single-site solar power project in the world, with a planned total capacity of 5,000 megawatts (MW) by 2030. The solar park will support the Dubai Clean Energy Strategy 2050 to produce 75% of Dubai’s total power output from clean energy by 2050. The second is deploying a renewable energy grid with innovative energy storage technologies. Digital DEWA intends to operate a renewable energy grid that uses innovative energy storage techniques. This includes several programmes. The first is then the largest Concentrated Solar Power (CSP) plant in the region. It will operate 24 hours a day using thermal heat. The second is a pumped-storage hydroelectric power station in Hatta. It will be the first of its kind in the Arabian Gulf. DEWA will also test the possibility of energy storage using different kinds of batteries and hydrogen generation.

The third revolves around Artificial Intelligence to make Dubai the first city to provide AI-based electricity and water services. In line with this, DEWA launched Rammas. Through Rammas, DEWA is expanding its use of Artificial Intelligence (AI) to all its operations. DEWA will adopt technologies and self-learning services to enhance the experience of its customers, support its employees’ services, improve productivity, including improving the major operations of the grid. Rammas has three sub programmes on AI for customers, AI for employees, and AI for systems. Rammas is available 24/7 in Arabic and English on DEWA’s Whatsapp business platform. DEWA is the first government organisation in the UAE to get a verified WhatsApp account. Rammas is also available on DEWA’s website and smart app (iOS and Android), DEWA’s Facebook page, and through Amazon’s Alexa service and Google Assistant, and in robots. This demonstrates DEWA’s leadership in using AI and disruptive technologies in its operations and services. The fourth aspect is Digital Services. Digital DEWA will expand its services through the digital platform that MORO launched in 2018. It stores data and manages digital services. The services provide more than cloud computing, it provides world-class high-quality solutions and services in one place, and it enhances customers’ experiences.

“This summit today with Huawei confirms our serious and ongoing work to speed up a new digital future for Dubai. This is done by making use of Huawei’s skills in major areas that support the Dubai 10x initiative. Through our hard work and cooperation with Huawei, we intend to make the future a reality in Dubai. We have already started with DEWA’s Fiber Optic Backbone Upgrade as part of the InfraX project. This enabled us to apply Video Surveillance as a Service (VSaaS) and a Virtual Desktop Interface, provided by MORO’s digital platform. Our partnership with Huawei will also include several other future projects such as Big Data Management, Perimeter and ICT Infrastructure Security, Cyber Security, Information Security, and AI to analyse cyber threats. A joint taskforce is working on experimental programmes that use the latest technologies to develop new initiatives. This includes R&D projects for new services for customers, in addition to vital initiatives that can be launched immediately,” said Al Tayer.

Al Tayer noted that DEWA has achieved several world records. The UAE, represented by DEWA, came first for the second consecutive year for getting electricity, according to the World Bank’s Doing Business 2019 report.

We achieved competitive results in global benchmarking. DEWA also achieved the lowest customer minutes lost per year (CML) in the world of 2.39 CML. DEWA has reduced losses from electricity transmission and distribution networks to 3.3%. Water network losses have been reduced to 6.5%. One of our future AI applications is our Utility Domain—Empowering Network Design, which integrates different data sources, to find the suitable solutions for energy network planning, as well as voice biometrics, which enable customers and employees to use their voices to confirm their identities in the future.

“Over the past few decades, Dubai made significant progress to become a global hub for business, tourism, and green economy, as well as one of the world's most inspiring, successful, and attractive cities. This is due to the vision of His Highness Sheikh Mohammed bin Rashid Al Maktoum, Vice President and Prime Minister of the UAE and Ruler of Dubai, and the directives of His Highness Sheikh Hamdan bin Mohammed bin Rashid Al Maktoum, Crown Prince of Dubai and Chairman of the Executive Council of Dubai. In the same time, DEWA has made many local and international achievements, in line with the vision of His Excellency Saeed Mohammed Al Tayer’s leadership. For example, the UAE, represented by DEWA, ranked first in the world in getting electricity, as per the World Bank’s Doing Business 2019 report,” said Yang.

“New technologies, such as 5G, AI, Cloud Computing are developing very fast, and will change everyone’s life. The technologies will bring challenges and opportunities to each industry. Huawei is leading 5G, AI and Cloud computing technologies and we have the capability to help DEWA to build an AI based digital cloud platform,” added Yang.

“DEWA seeks to invest in and apply AI techniques and tools, and spares no efforts to strengthen mutual cooperation and concerted efforts in knowledge transfer, education and training to make Dubai a city of the future. We aim to reshape the future of utilities around the world by supporting innovation and making it a cornerstone for continuous improvement. This will enhance DEWA’s competitiveness, keep pace with the Fourth Industrial Revolution, and take advantage of disruptive technologies such as AI, drones, 3D printing, blockchain technology, and the Internet of Things among others,” said Marwan Bin Haidar, Executive Vice President of Innovation & the Future at DEWA. 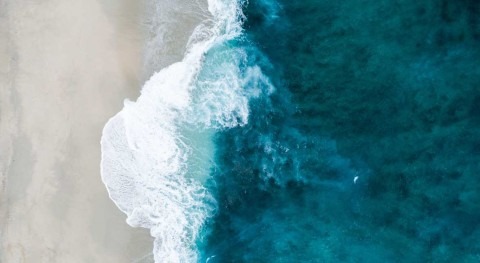 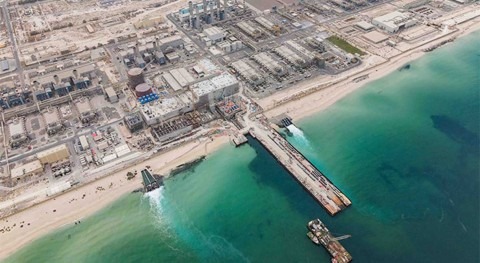 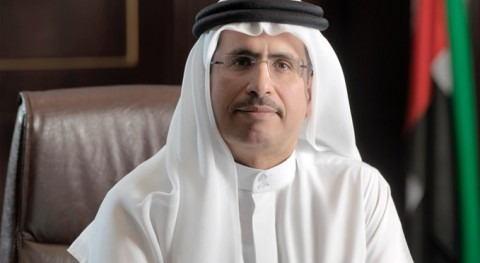 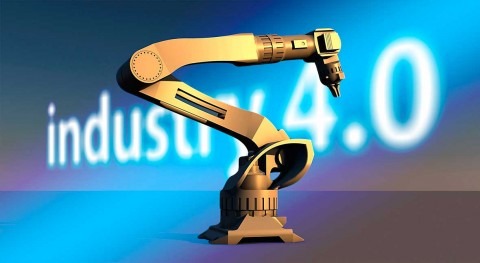 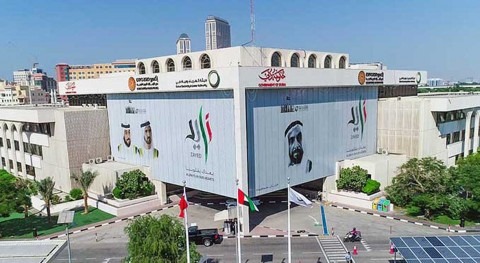 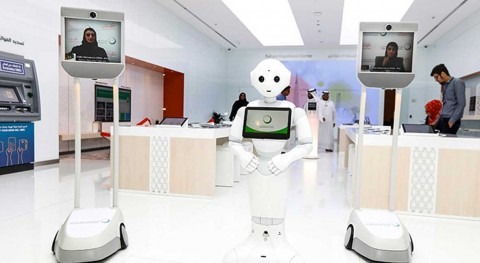 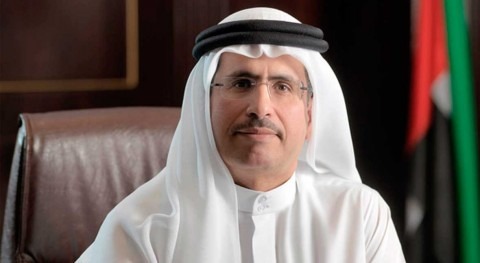 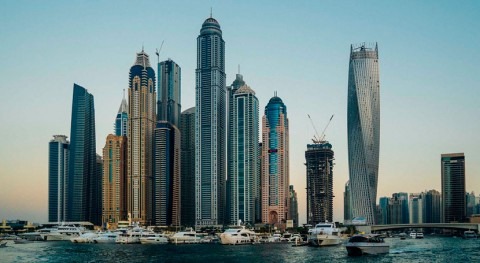 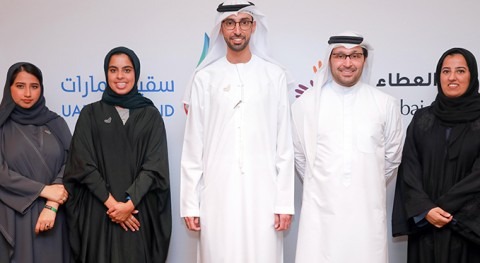 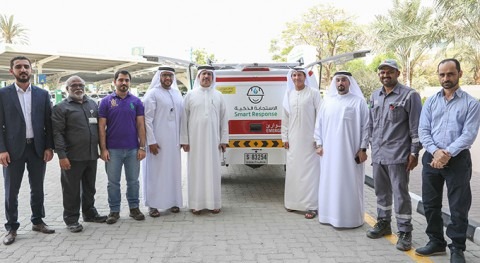 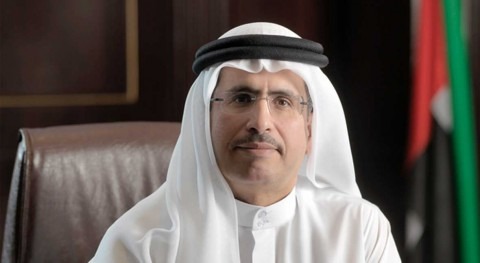 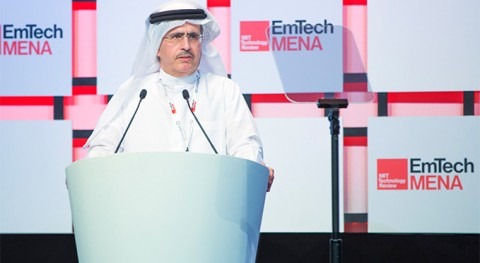 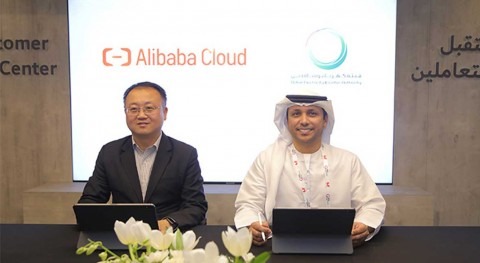 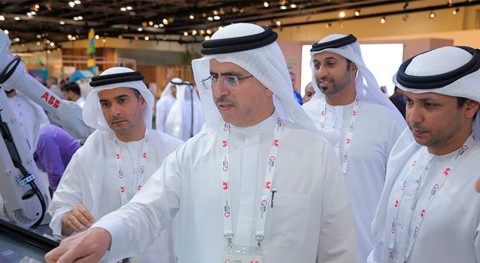 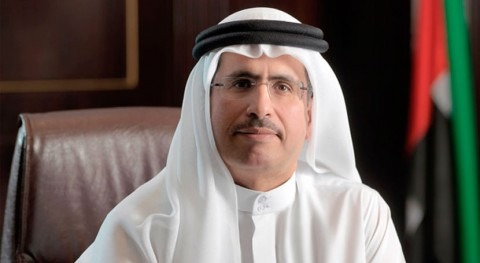 DEWA awards the contract for a hydroelectric station in Hatta to Strabag, Andritz Hydro and Ozkar 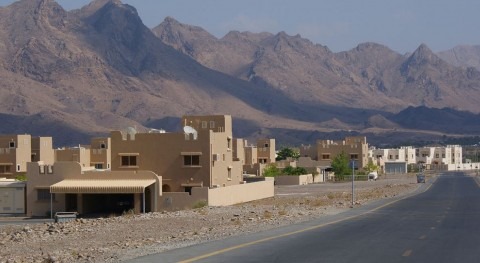