Public A.4
Dubai Electricity and Water Authority (DEWA)
DEWA uses the latest technologies in water production, transmission, distribution, as well as control of water networks. This has contributed to several successes and achievements, making it one of the best utilities in the world.
TwitterFacebookYoutubeWeb

Dubai Electricity and Water Authority (DEWA) has completed 92.4% of the Seawater Reverse Osmosis (SWRO) desalination plant at Jebel Ali Power Plant and Desalination Complex. The Complex is the main supplier of Dubai’s electricity and water services with a high level of reliability, efficiency, and quality. DEWA had awarded the implementation of the AED 871 million plant, with a production capacity of 40 Million Imperial Gallons of Water per Day (MIGD) of desalinated water, to a consortium led by Spain’s Acciona Agua and Belhasa Six Construct (BeSIX).

HE Saeed Mohammed Al Tayer, MD & CEO of DEWA, said that DEWA continues implementing electricity and water infrastructure projects to keep pace with Dubai’s growth and demand. He noted that the project is going as planned and is expected to be completed in Q4 of 2021 to maintain the surplus in production to meet the reserve margin for peak water demand.

Al Tayer noted that DEWA’s installed capacity of desalinated water is 490 MIGD, with peak water demand reaching 378 MIGD. DEWA aims to increase its SWRO production capacity to 303 MIGD by 2030; reaching 42% instead of its current share of 13%. SWRO desalination plants require less energy than Multi-Stage Flash (MSF) plants. The desalinated water production capacity will reach 730 MIGD in 2030. According to DEWA’s strategy, 100% of desalinated water will be produced by a clean energy mix that uses both renewable energy and waste heat by 2030. This will allow Dubai to exceed global targets for using clean energy to desalinate water. Increasing the operational efficiency in decoupling desalination from electricity production will save around AED 13 billion and reduce 44 million tonnes of carbon emissions by 2030.

Nasser Lootah, Executive Vice President of Generation Division at DEWA, said that DEWA adopts smart technologies that allow effective desalination plant control and monitoring, thus enhancing availability and reliability. For the first time, DEWA implemented in “K” station SWRO plant the Dissolved Air Flotation (DAF) system to treat water and remove any pollutants prior to desalination process. This enables the desalination process to continue in all conditions especially during red tide when total suspended solids and turbidity reach high levels. The plant is also equipped with a Dual Media Filter (DMF), which filters and improves the quality of seawater feed, thus increasing the lifetime and performance of the reverse osmosis membranes. Moreover, the two-pass reverse osmosis system implemented in this project guarantees a high quality of potable water.

The SWRO plant is equipped with recovery devices that has a 96% efficiency rate. They utilise the high pressure from the first pass brine/reject stream and transfer it to a portion of the feed water stream to first pass inlet. This significantly reduces electricity consumption in the high pressure pump, thus enhancing efficiency of the desalination process 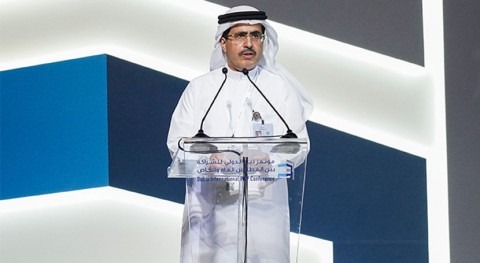 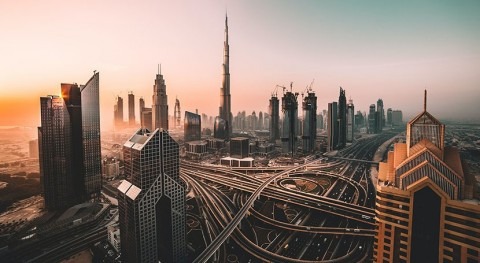 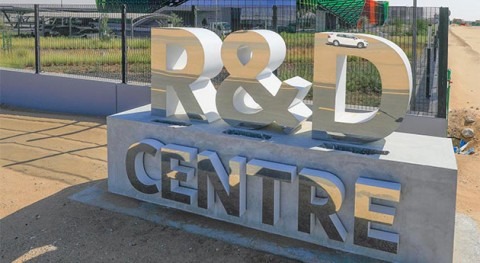 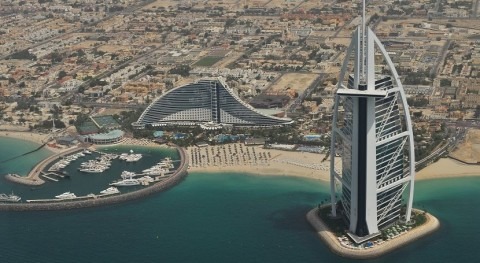 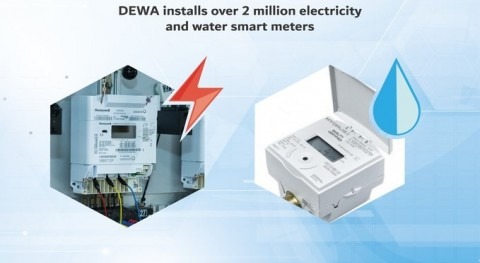 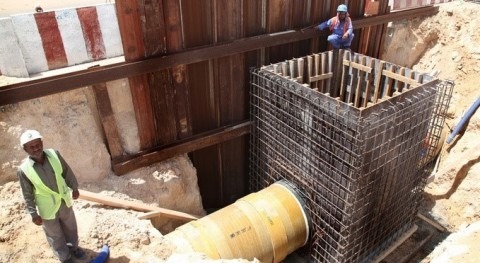 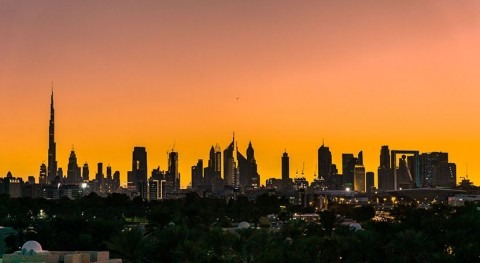 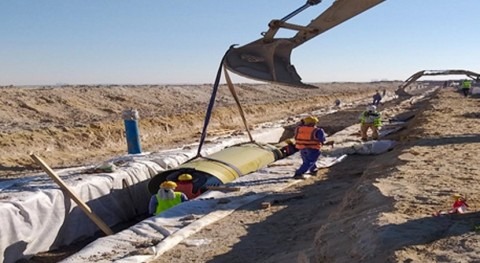 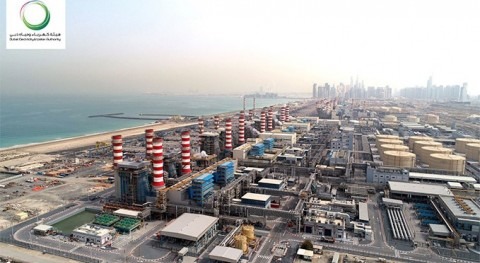 Dubai Supreme Council of Energy announces savings of 9.9 billion gallons of water in 2020 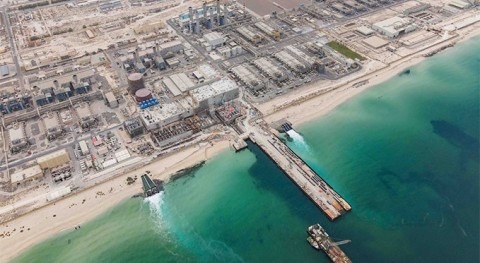 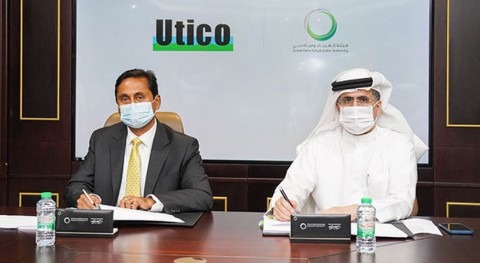