Dubai Electricity and Water Authority (DEWA) continues its efforts to develop its infrastructure to keep pace with the growing demand for electricity and water and provide its services according to the highest standards of availability, reliability, efficiency, and quality for over a million customers in Dubai. This is part of DEWA's efforts to support Dubai's comprehensive and sustainable development and consolidate its position as the best place to live, work, and invest. DEWA recently announced increasing its electricity production capacity up to 12,900 megawatts (MW) and 490 Million Imperial Gallons per Day (MIGD) of desalinated water.

"We work in line with the vision of His Highness Sheikh Mohammed bin Rashid Al Maktoum, Vice President and Prime Minister of the UAE and Ruler of Dubai, to provide an advanced infrastructure that keeps pace with sustainable development needs. DEWA has outlined expansion plans for the energy and water infrastructure based on demand forecasts until 2030. Innovation is a key pillar in developing our work system and improving our services to the highest standards by increasing the use of disruptive technologies and the latest Fourth Industrial Revolution technologies such as Artificial Intelligence (AI); Unmanned Aerial Vehicles (UAVs); Blockchain; Energy Storage; Internet of Things (IoT), and others," said HE Saeed Mohammed Al Tayer, MD & CEO of DEWA.

The Complex's power generation and water desalination plants use world-class technologies, state-of-the-art smart solutions, and advanced technology systems, managed by Emiratis with the highest skills and capacity. The employees are the most important success factors for DEWA's Generation division. All of the division's top management are Emiratis, whilst in managerial positions, they make 32% of the workforce. The Generation division supports DEWA's efforts in increasing the role of Emirati talent. Emirati engineers comprise around  42% of the total 74 engineers in the mechanical maintenance department.

Global achievements in operation and performance

DEWA's Generation division has achieved global leadership in its operations and performance. McKinsey has categorised DEWA, represented by its Generation division, as one of the best five plants in the world, in an assessment of 60 prominent global utilities that use electricity and water co-generation systems. DEWA's optimal fuel heat utilisation is 80%-90%, which is among the highest in the world. In terms of maintenance, the division made global achievements, including breaking the record for gas turbine and desalination unit maintenance. It took only 11 working days for a major overhaul of a gas turbine beating the previous record of 32 days. The water desalination unit's annual overhaul took only 11 working days, beating the previous record of 23 days. DEWA has become a global benchmark for the maintenance of gas turbine and water desalination plants. This has helped DEWA achieve an availability of 99.73% and a reliability score of 99.96% in the summer of 2020, which are among the highest rates in the world.

Nasser Lootah, Executive Vice President of Generation at DEWA, said that DEWA's implementation of the latest innovative technologies has resulted in improving generation efficiency by 33.41% in 2020 compared to 2006. This resulted in considerable financial savings and reduced carbon emissions by 31%. This is equivalent to planting 327 million trees to offset the CO2 emissions. Nitrogen oxide emissions were reduced by 74% and sulphur dioxide by 99%.

The Generation Division is one of the leading divisions in the use of AI and other modern technologies. A team of DEWA engineers, led by Emirati experts, in cooperation with Siemens Energy, developed the Intelligent Gas Turbine Controller, the world's first thermodynamic Digital Twin Gas Turbine Intelligent Controller, which uses AI and machine learning. Using this system at M-Station contributed to increasing efficiency and reducing emissions. The Controller is currently installed in nine gas turbines at DEWA's Generation division and will be installed in an additional six gas turbines. Moreover, DEWA is currently extending its functionality to the Combined Cycle and Co-Generation Assets at M-Station. 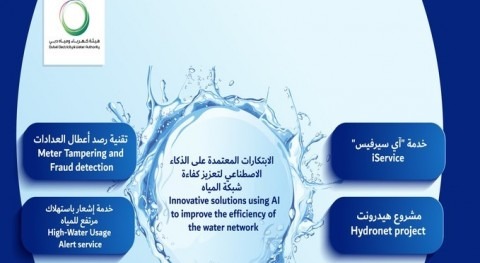 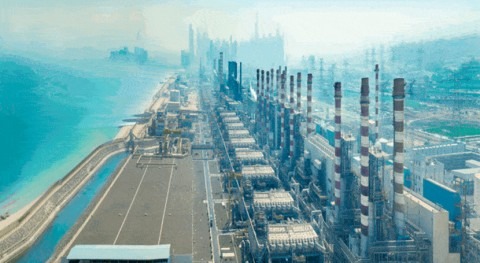 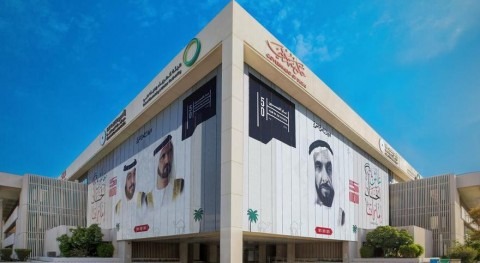 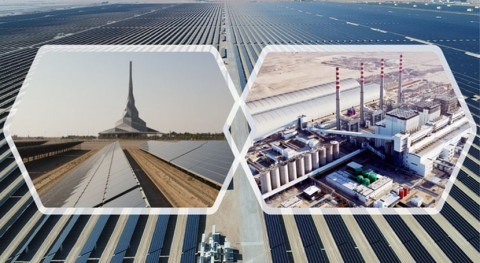 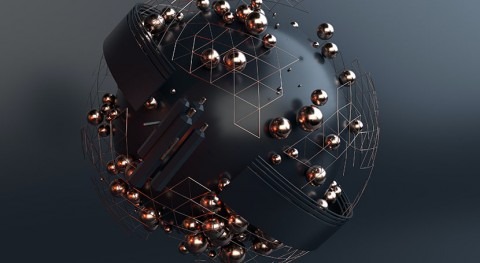 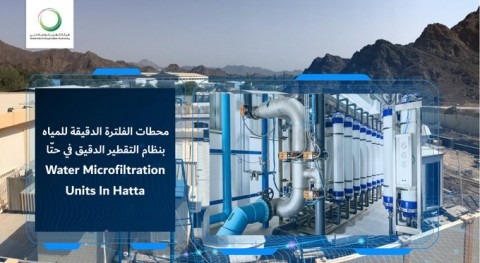 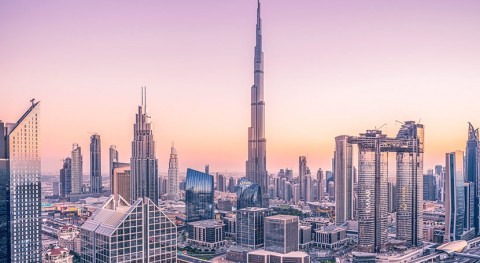 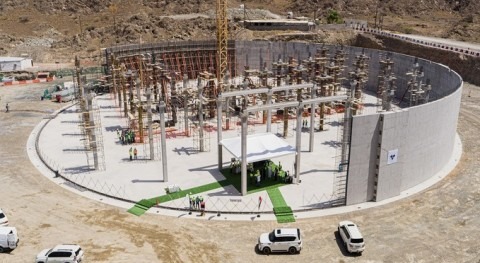 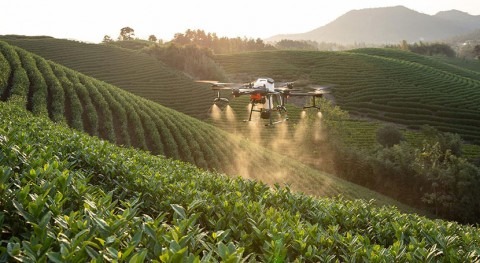 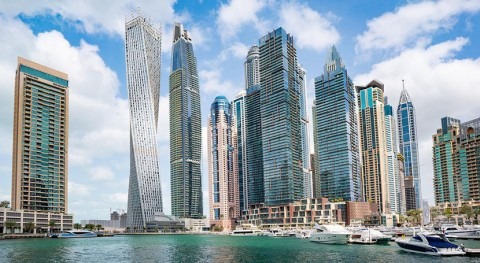 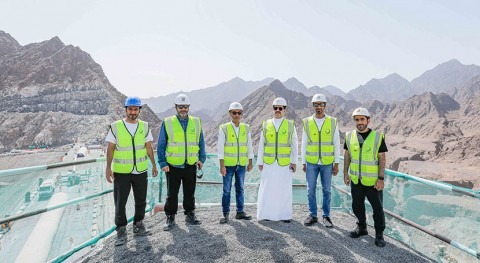 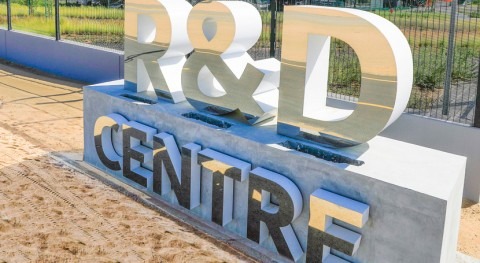 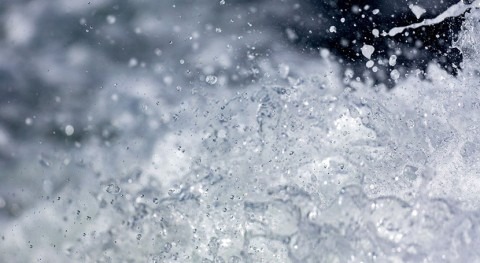 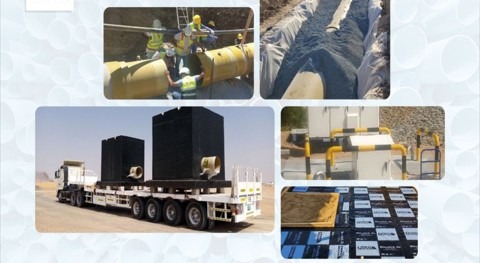 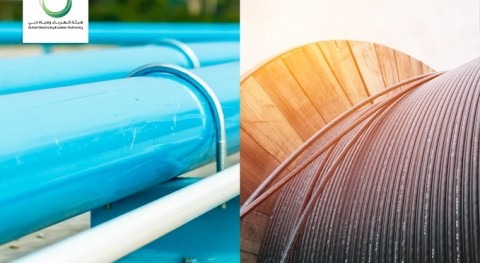 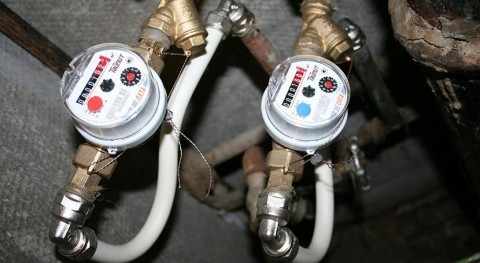