Envirogen to treat nitrate in groundwater for City of San Fernando

Envirogen
Envirogen has extensive experience providing environmental technology and process solutions to over 100 clients in North America. This experience includes the design and installation of proven technology.
TwitterLinkedInWeb

The City of San Fernando, California has awarded Envirogen Technologies, Inc. with a contract for a new, next generation SimPACK™ regenerable ion exchange (IX) treatment system to be used to remove nitrate contaminants from water from its Well 3 groundwater extraction well.  As part of the award, Envirogen Technical Support staff will be onsite for assistance during installation and commissioning.

In addition to this new system, Envirogen was also selected to install an upgraded control package on Well 7A.  The Well 7A SimPACK™ system, originally purchased in 2013 and installed by Envirogen, continues to be operated and maintained by Envirogen’s experienced service staff.  The control panel upgrade will bring new features and improved performance to ensure continued, reliable operation for years to come.

The new Well 3 treatment system was designed to handle higher levels of nitrate compared to the previously installed Well 7A system. Once installed and operational, the City intends to blend the combined water sources from Well 3 and Well 7A, treating the combined nitrate concentration using the two SimPACK™ systems (existing and new).

The new system consists of the components:

The SimPACK™ system is a multi-bed design operated in a staggered mode process. The staggered bed is Envirogen’s N+3 method, allowing all but three of the vessels to be online while two vessels are being regenerated and one vessel is in standby. This design provides system redundancy, as required by the California Water Resources Board (CWRB)-Division of Drinking Water, while producing a consistent effluent water quality that meets the target water quality requirements. Nitrate levels are monitored using an online nitrate analyzer that can measure alternately between the influent and effluent sample points.  The process of transitioning vessels from online to regeneration to standby is completely controlled by the PLC provided.

Mr. Matthew Baumgardner, Director of Public Works for the City of San Fernando, stated: “We place enormous value on the role of Envirogen as a leading technology company in contaminated water treatment. Their technical knowledge and expertise in nitrate removal are proven to the City of San Fernando since 2013, when they delivered our first Envirogen SimPACK system to Well 7A.”

“Performance and reliability are the most crucial factor. The Envirogen service team has been collaborating with City staff on the oversight of our existing system for many years and providing an excellent service for their robust IX equipment. So, when the opportunity surfaced for the City of San Fernando to potentially implement a second nitrate removal system for the Well 3 groundwater extraction well, we were pleased to move forward with Envirogen’s next generation regenerable IX technology.” 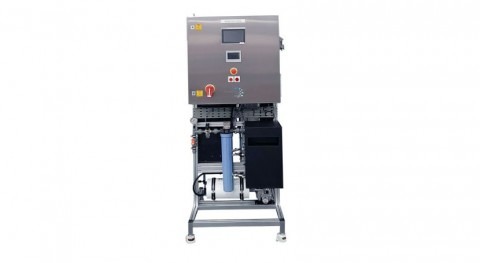 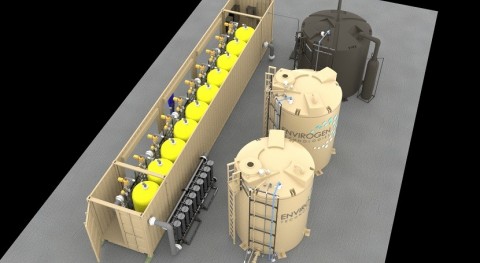 OriginClear and Envirogen to partner on water on demand 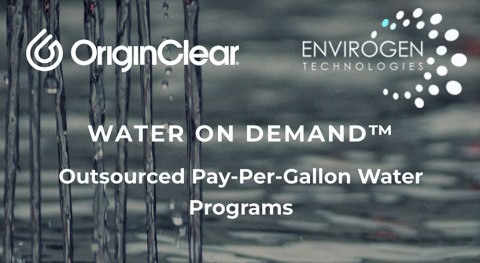