Elevated levels of arsenic detected recently in tap water at a New York City public housing complex led to residents being told not to drink or cook with the water, the latest in a series of crises that show why Americans think their tap water is unsafe.

The problem at the Jacob Riis Houses in the East Village of New York City has lasted for more than a week. As of September 8, city officials said there were no “discernable” amounts of arsenic in the housing complex’s tap water. But people who live there are still being urged to avoid using it to drink or cook with until tests are completed.

The problems in New York come just days after a devastating infrastructure crisis in Jackson, Miss., left the majority-Black city of 150,000-plus without the basic necessity of drinking water.

Although unrelated, the two situations underscore the perilous state of U.S. drinking water infrastructure. In fact, results from an Environmental Working Group survey found that thousands of people think their tap water is unsafe and won’t drink it.

The Jacob Riis Houses complex consists of 19 residential buildings with more than 3,000 residents. Water tests found levels of arsenic, a heavy metal, between 12 and 14 parts per billion, or ppb.

In 2001, the Environmental Protection Agency set a legal limit for arsenic in drinking water of 10 ppb. A more recent EPA analysis, from a 2010 draft report, suggests that arsenic is much more toxic than previously estimated and that 10 ppb was not low enough to protect public health.

“Arsenic is one of the most toxic substances detected in drinking water,” said Tasha Stoiber, Ph.D., a senior scientist at EWG. “For the most vulnerable residents – pregnant people, infants and others with serious health issues – this could fast become a water emergency.”

The EPA and the World Health Organization have determined it is a potent carcinogen linked to an increased risk of bladder, lung and skin cancer. Studies suggest exposure to arsenic can also cause skin lesions, harm to the kidneys and other internal organs, and cardiovascular disease.

On September 2, the New York City Housing Authority, or NYCHA, began distributing cases of water to residents. The agency planned to provide bottled water until the water in the buildings was deemed safe to use but ran out of supplies on Monday night. The state Department of Environmental Protection opened fire hydrants and created makeshift sinks for the residents of the Jacob Riis buildings to use to fill plastic gallon jugs with water.

Four days later, NYCHA announced arsenic had not been detected in the most recent water samples tested in the East Village but that further tests were needed. As a precaution, the restrictions remain on Jacob Riis tenants’ drinking and cooking with tap water.

New York City Mayor Eric Adams said the water supply for the rest of the city is safe to drink. The city’s Department of Environmental Protection found no arsenic detected in water samples from the surrounding neighborhood.

But the water provided to New York City residents is far from safe. EWG’s Tap Water Database, which highlights the state of water systems across the U.S., found 10 contaminants in the local drinking water that exceeded its health guidelines.

“No one should have to worry about the safety of their tap water,” said Melanie Benesh, EWG’s vice president of government affairs. “Many contaminants found in our drinking water are not yet regulated.

“The funding from the bipartisan infrastructure deal will finally provide much-needed resources to communities to improve systems and reduce these spikes of concerning contaminants in drinking water,” said Benesh.

The EPA’s Office of Groundwater and Drinking Water has added no new contaminants to its regulated list since 2000, and EWG says even legal limits do not necessarily mean safe. 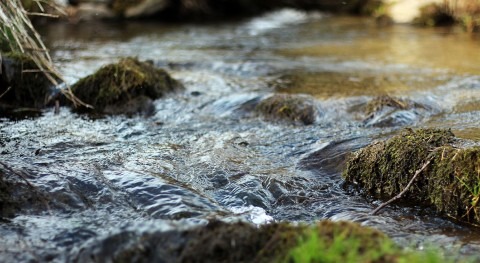