Dr Olga Naidenko (EWG): “There is growing awareness of PFAS and pressure on government to act”

General22
The Environmental Working Group (EWG)
We are a non-profit, non-partisan organization dedicated to protecting human health and the environment.
TwitterFacebookYoutubeWeb

Through research and advocacy, EWG works to educate consumers so they can make informed decisions about the products they buy. Dr Olga Naidenko leads EWG’s research on children’s environmental health. She formerly held a policy fellowship from the American Association for the Advancement of Science, working on climate change and water quality at the U.S. Environmental Protection Agency. In this interview, we ask her about PFAS (per and polyfluoroalkyl substances), a group of toxic man-made substances that have been associated to adverse health effects and have been found in the drinking water of many communities across the United States.

Question: What is the extent of the PFAS contamination crisis in the United States, and why has it not been properly addressed so far?

Answer: Contamination in the U.S. is widespread. EWG has identified more than 2,200 sites on our PFAS map. PFAS have been used for decades in a variety of industrial and consumer product applications. These chemicals do not break down in the environment and can build up in bodies.

There are multiple reasons for the PFAS contamination crisis. The biggest reason is the lack of federal regulation to restrict and limit the production, use and discharge of PFAS. To make matters worse, the Environmental Protection Agency authorized the use of most chemicals on the market today with almost no safety testing data. Now we are learning that when PFOA and PFOS, used to make Teflon and Scotchgard, were removed from the market, they were replaced with chemicals that may not be any better.

Because of long-standing government inaction for controlling PFAS, these chemicals have not been classified as hazardous substances

The improper disposal of PFAS-containing industrial wastes that, also for decades, were simply discharged into waterways or stored in open landfills, has also contributed to the widespread contamination. Another source of contamination is PFAS-containing firefighting foams. These foams were used for decades to fight fires, but also for various firefighting training exercises on military bases and airports. That’s a big reason for PFAS contamination of groundwater and soil near airports and military facilities.

Because of long-standing government inaction for controlling PFAS, these chemicals have not been classified as hazardous substances under our primary cleanup law or restricted under our clean air and water laws. Therefore, there have not been restrictions on discharges and cleanup has been slow. There is a growing awareness of the harms of PFAS exposure to human health and increased pressure on the government to take action. 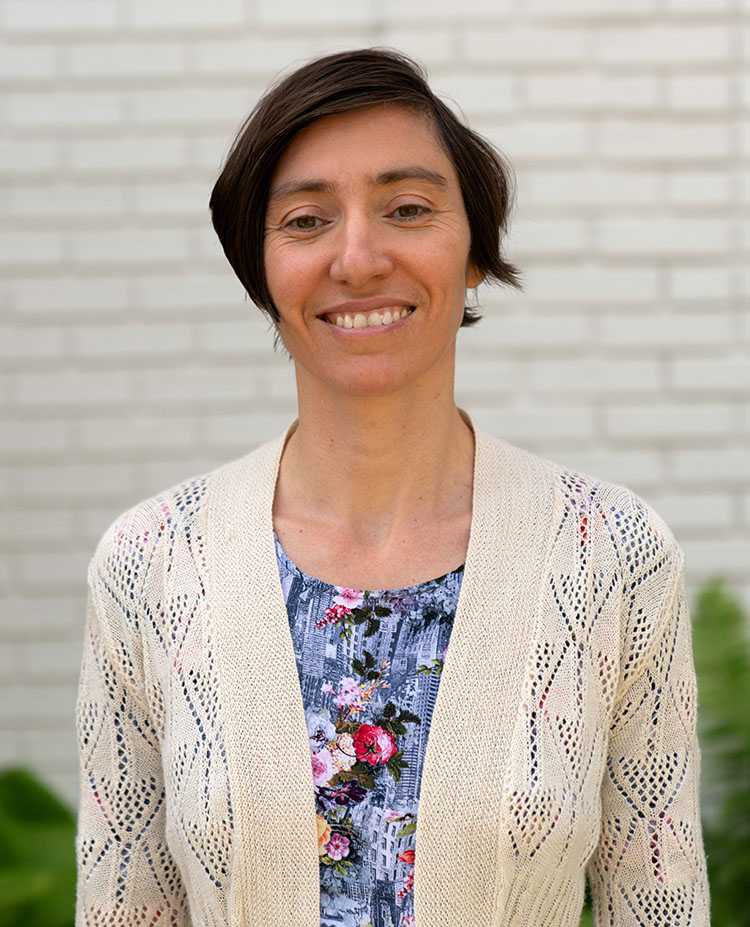 Q: Is PFAS contamination of drinking water a concern only in the U.S.? What is the scenario in other parts of the world?

Additionally, PFAS manufacturers have been changing the types of PFAS used for consumer and industrial products, shifting away from “traditional” PFAS, such as PFOA. Unfortunately, some of the shorter chain PFAS that are now introduced as replacements are more difficult and expensive to remove from drinking water.

Q: PFAS have been referred to as “the most complex group of pollutants.” Tracking them in the environment and assessing their potential harm is a monumental task. What are the research needs concerning PFAS in the environment?

A: PFAS present an enormous challenge because there are thousands of different PFAS with over 600 being used industrially in the U.S. at last count (EPA action plan reference). Greater transparency is needed with regards to PFAS use, releases and toxicity.

To this day, companies that manufacture PFAS and discharge them into the environment are not required to make public information about those releases or about the toxicity of the PFAS that they may be manufacturing. However, recent changes to the law require companies to start reporting about releases of some PFAS.

New PFAS substances have been introduced into the marketplace, even though these compounds may have similar toxicity to PFAS that were phased out, such as PFOA. Health and safety data about these new PFAS must be made publicly available and companies should also have to report about their uses and the releases of these new PFAS chemicals.

After that, the next greatest research need is finding methods for disposal and destruction of PFAS in a way that does not continue the cycle of PFAS contamination.

Q: What steps do you propose to tackle PFAS contamination in drinking water supplies?

A: We must limit ongoing pollution into drinking water supplies and enact requirements to filter PFAS out of drinking water. Transparency is paramount. It is essential for all community water systems in the country to be tested for the full scope of detectable PFAS. While most large systems have been tested, and some states have conducted comprehensive testing of all water systems – we still don’t know the full scope of contamination.

Without this information, it is impossible to develop a comprehensive plan for protecting drinking water from PFAS and removing contamination wherever it may be. Based on available data for a handful of states, EWG scientists estimated that as many as 200 million Americans may have PFAS in their water.

The first priority should be preventing ongoing PFAS discharges, such as direct releases of PFAS into waterways that serve as sources of drinking water, as well as indirect releases, for example, releases of wastewater effluent that may have PFAS in it or deposition from PFAS emissions in the air. Non-essential uses of PFAS like food packaging, cosmetics and carpets should be banned to further limit discharges from production, use and disposal. 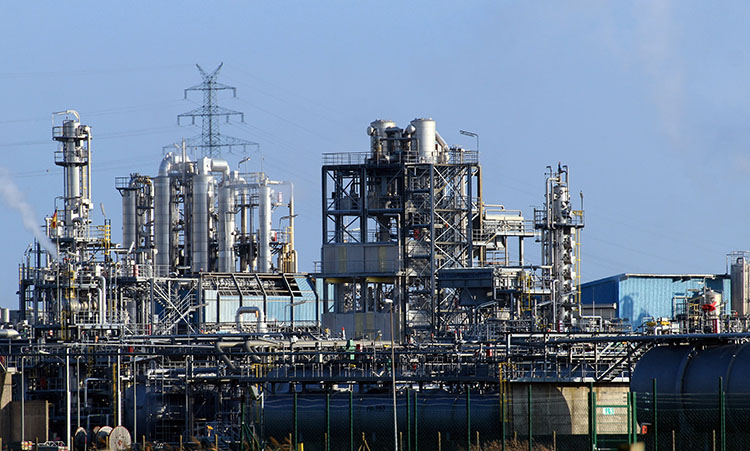 Q: PFAS are useful chemicals. Do you think it will be challenging to phase them out or ensure safe disposal wherever they are used?

A: With the growing realization of PFAS risks to human health and the environment, stakeholders from different countries have called for restrictions on PFAS use and treating all PFAS as a class. In this case, the European Union has taken the lead. Just recently (earlier in 2020), the European Commission adopted a new Chemicals Strategy that calls for phasing out of PFAS from uses that are not “proven essential for society”.

Safe disposal is essential, and EWG scientists have highlighted the disposal challenges in our recent study (Disposal of products and materials containing per- and polyfluoroalkyl substances (PFAS): A cyclical problem) published in the journal Chemosphere. It is also important to ask whether PFAS are necessary in certain applications, or whether other types of substances can be used.

Based on available data for a handful of states, EWG estimated that as many as 200 million Americans may have PFAS in their water

As EWG, together with other scientists, recently noted in another study (Scientific Basis for Managing PFAS as a Chemical Class, published in Environmental Science & Technology Letters), getting industry and governments to eliminate non-essential uses of this entire class of concerning chemicals is the most effective way to protect health.

Q: What are the barriers to take regulatory action to halt further PFAS release into the environment and establish drinking water standards?

A: In the past, the lack of publicly available information about the full extent of PFAS toxicity and PFAS contamination was one such barrier. Now, with the awareness of how widespread PFAS contamination is, states are starting to establish their own standards, which are also more stringent than the existing federal advisories. Ultimately, change is being driven by members of the public who let elected officials and government agencies know that PFAS contamination of their drinking water is not acceptable. 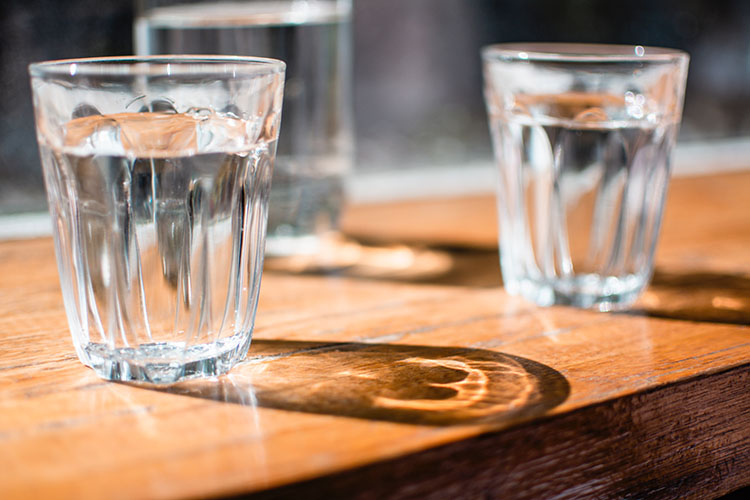 Q: What are your expectations in terms of this issue being addressed in the coming years? Do you think action will be delayed until there are significant litigation or serious consequences? What is the role of public awareness?

A: Public awareness has been essential in tackling the PFAS crisis. When communities discover that PFAS have contaminated their water – and that this contamination may have lasted years or even decades – they can and do turn to litigation or adapt new public health-protective policies and laws. But affected communities should not have to resort to litigation to have access to clean water.

Again, recently there has been real momentum on this issue, with interest for regulating PFAS at both state and federal levels. Several states have already taken action on PFAS by setting health-protective drinking water standards and banning major uses of PFAS like food packaging and firefighting foam.

There is also significant bipartisan interest in this issue in Congress. Congress recently greatly expanded some reporting and monitoring requirements for PFAS and required the phase-out of military use of firefighting foam. Both Congress and the states will likely continue to legislate on this issue in the coming years.

Q: To what extent do you think it will be possible to clean up existing PFAS pollution?

A: Technologies already exist to filter many PFAS compounds in drinking water, but there are no federal requirements to treat drinking water.

New technologies are also being developed to destroy PFAS, such as the application of electrochemical oxidation; advanced reduction processes; plasma-based technology; ultrasound-based sonolysis technologies; and UV-based treatment. While these advanced treatments successfully degrade PFAS in pilot studies, their effectiveness for complex wastes such as municipal trash and other types of contamination such as contaminated soils, sediments, and sewage sludge needs further research.

While these technologies are developed and implemented, it is critical that we as a society first focus on stopping ongoing contamination, so we don’t need to play constant “catch-up.”

Is there a link between ‘Forever Chemicals’ and decreased effectiveness of Covid-19 vaccines?

In the US, preventing and treating algae blooms has cost at least $1.1 billion since 2010

Lakes with algae outbreaks may also be tainted with E. coli