The European Union, France and the Palestinian Government launched a new innovative project linking renewable energies and water infrastructures in the North of Palestine. This project will include the first ever windmills that will be constructed in Tubas and Jenin Governorates. These windmills will provide clean energy for the water pumps in the area thus reducing significantly the costs for water delivery.

Tomas Niklasson, the Deputy EU Representative in Jerusalem, with Pierre Cochard, the Consul General of France in Jerusalem and Nicolas Gury, AFD deputy Country Director joined the Palestinian Prime Minister Mohammad Shtayyeh, Mazen Ghunaim, the Chairman of the Palestinian Authority, Zafer Milhem the Chairman of the Palestinian Energy and Natural Resources Authority and officials from Jenin and Tubas to celebrate the official start of the Nexus North Project. They laid the cornerstone of the first windmill ever in Tubas that will serve the project.

The Nexus North Project is one of a kind in Palestine but could pave the way to a whole new sector for the wind energy. Along with solar panels, the two foreseen wind turbines in Tubas governorate will directly be connected to the water infrastructures in a symbiotic way in order to supply the energy in the most efficient way, while being a contribution to Palestine climate change.

The Consul General of France in Jerusalem Pierre Cochard thanked all the Palestinian stakeholders for their involvement and declared that while climate change effects are starting to be felt in Palestine, it is heartwarming to see this kind of project that represents a step in the right direction.  According to him, this project is a crucial initiative that will contribute to fulfill the people’s right to water, and the long lasting commitment of France and the European Union in Palestine to implement the water reforms.

The Deputy EU Representative Tomas Niklasson said: “The EU considers access to water a primary human need and a fundamental human right. Under occupation, the Palestinians continue to face major challenges in both the water and the energy sector. This project addresses such challenges creatively by relying on renewable energy to improve the water situation in the north of the West Bank. Our support to such projects continues while we continue to work towards a negotiated political solution to this conflict, which will allow a future independent Palestinian state to have control over its natural resources. ”

The PWA Chairman Mazen Ghunaim said: “We look forward working in accordance with the requirements of the future. For us relying on alternative sources of water and energy is a strategic step towards providing sustainable water services to our future generations. The interdependence between water and energy must be embraced to guarantee the basic needs of our people. Therefore, the Water Authority sought to overcome obstacles and facilitate the implementation of this project, not only in its role in improving the water services in this region, but also in its symbolism and contribution in paving the way for the exploitation of renewable energy technologies in the water sector.”

PENRA chairman Zafer Milhem declared: “This project represents a model for the interrelationship between the energy and water sectors, which will generate the electrical needs of water systems using renewable energies, which in turn will support the sustainable operation of the water supply and sanitation systems for the beneficiaries of the project and cover the operational cost, and provide alternatives for achieving independence in the energy and water sectors as a fundamental pillar of the building of our State.”

Nexus North Project will reduce the energy costs, weighing heavily on the service providers as the electricity is imported from Israel.

In the end this will allow the service providers to enhance their services, lightening the weight of the water bill for final users, the population. Focusing on the link between water and energy, new water and wastewater networks infrastructures will also be built to expand and improve the water and sanitation access in both governorates. It is a dire need as in West Bank the average per capita water consumption in 2011 was 73l/c/day while the WHO standard recommends 100l/c/d.

New infrastructures requires strong and skilled management in order to be sustainable, that is why Tubas Water and Wastewater Joint Service Council (T-JWSSC) the Jenin North West Villages Water and Sanitation Joint Service Council (JSC-JWV) are directly implementing this project in coherence with the Palestinian Water Reform. T-JWSSC Head of Board, Hassan Mjalli,  confirmed the key role of this pilot project “as a beneficiary of such crucial project, we have high expectations that it would play a life changing role in the renewable energy sector due to its multi-component input” while “building independent utilities for sustainable services”. Nayef Khamayseh, JSC-JWV Head of Board agreed and added " energy is the highest operational cost due to pumping water from deep wells up to customers’ taps, especially in highly towns. It is impossible to achieve sustainability as service providers without having renewable energy." 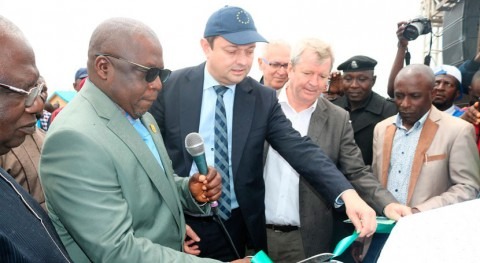 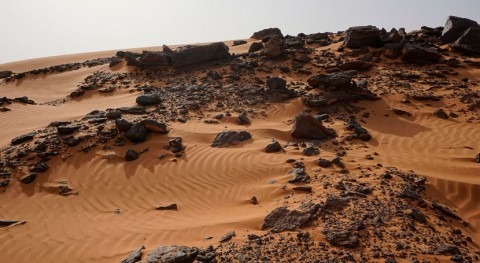 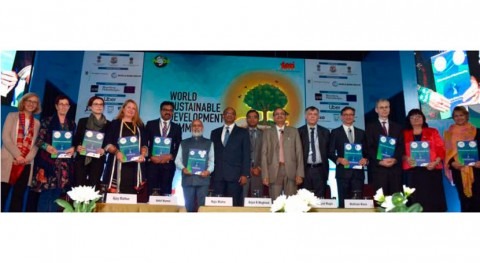 The EU is committed to making water a tool for peace 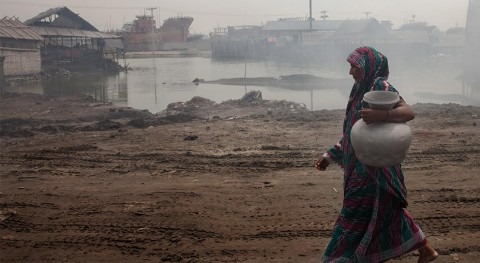