Traces of coronavirus detected in Finland's Helsinki and Turku wastewater

The Finnish Institute for Health and Welfare (THL)’s waste water study found coronavirus in waste water in Helsinki and Turku but no indications of the virus in samples collected in Tampere, Kuopio and Oulu. In April and May, THL’s water microbiology laboratory in Kuopio introduced a testing method which can be used to detect the quantity of coronavirus RNA, or its genetic material, in samples collected from sewage treatment plants. The first findings of the study have now been released.

The findings are based on composite samples taken within 24 hours on 24 and 25 May. In particular, coronavirus RNA was found in the sample collected in Viikinmäki in Helsinki. A small quantity of viral RNA was also detected in the incoming wastewater at Kakolanmäki treatment plant in Turku. On the other hand, no indications of the coronavirus were found in samples collected at the treatment plants of Viinikanlahti in Tampere, Lehtoniemi in Kuopio and Taskila in Oulu.

The waste water study is expected to generate more information about the scope and spread of the coronavirus outbreak. The present results indicate that this monitoring technique can be used to support preparedness for a potential second wave of the outbreak.

"Confirmed infections indicate an abating epidemic situation, and waste water studies support the observations based on testing individuals. Waste water testing can give us an advance warning if increasing quantities of the virus start circulating in the population again”, says Tarja Pitkänen, Senior Researcher at THL.

The collection of samples began in April at a total of 28 sewage treatment plants. For the time being, samples are collected weekly at treatment plants in Helsinki, Turku, Tampere, Kuopio and Oulu. In addition, samples will be collected on a monthly basis in the following localities: Espoo, Maarianhamina, Kotka, Kouvola, Lahti, Hämeenlinna, Lappeenranta, Pori, Mikkeli, Savonlinna, Jyväskylä, Joensuu, Seinäjoki, Vaasa, Kokkola, Kajaani, Kemi, Rovaniemi, Salo, Rauma, Pietarsaari and Vihti.

The sample collection has got off to a good start, and the treatment plants have welcomed the study.

"The sample collection is currently funded by a start-up grant from the Ministry of Agriculture and Forestry, and we will focus on samples of water coming to the sewage treatment plants. At some plants, samples of waste water sludges and water leaving the plant will also be collected in cooperation with the University of Tampere,” explains Pitkänen.

The next step will be investigating the possibilities of reliably determining the quantity of coronavirus in samples stored earlier in April and May. The results of these tests are likely to be ready in August.

"We also need to know if the coronavirus can remain viable in the water coming to sewage treatment plants," says Pitkänen.

International comparisons on the way

The method used by THL and the results obtained are consistent with findings reported by various research groups studying waste water around the world.

"The unique feature of the waste water samples collected in Finland is that they cover as much as 60% of the population," explains Pitkänen.

The data produced in Finland also contribute to a European research project, the first joint measurement of which was carried out between 31 May and 1 June.

Coronavirus detected in the wastewater of several Finnish cities in August 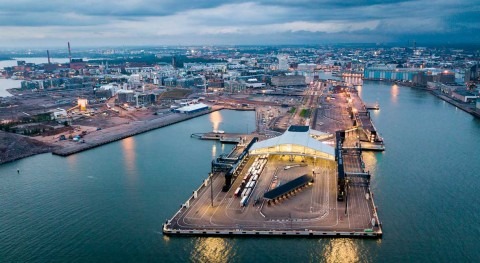