25% of all critical infrastructure in US has flood risk

First Street Foundation, the science and technology nonprofit that developed the First Street Foundation Flood Model and created Flood Factor, has released the first ever nationwide community level flood resilience report titled “The 3rd National Risk Assessment: Infrastructure on the Brink”, highlighting the flood risk over a 30 year period for every city and county across the conterminous United States. The report calculates the risk of five key dimensions of community risk: residential properties, roads, commercial properties, critical infrastructure, and social infrastructure. Using the operational flood threshold for each building or piece of infrastructure, the Foundation was able to calculate each dimension’s specific risk of failure and aggregate those findings for every neighborhood, zip code, city and county, making it the most thorough and far reaching publicly available report of its kind.

The new study evaluates flood risk to critical infrastructure, such as utilities, airports, ports, and emergency services like police, fire, and hospitals, in addition to residential properties, commercial properties, streets and local roads, and social infrastructure like schools and government buildings. The findings are also incorporated into Flood Factor, providing Americans with an expanded scope through which to understand their personal flood risk as well as the vulnerability of their broader community.

“Our work aims to determine the amount of flooding that would render infrastructure either inoperable or inaccessible,” said Dr. Jeremy Porter of First Street Foundation. “By applying research on depth thresholds and comparing them to flood data and probability metrics, we can determine roughly the extent of flooding that would cause a road to be impassable to cars, or a hospital to be shut down.”

Roughly 25%, or 1 in 4 of all critical infrastructure in the country are at risk of becoming inoperable today, which represents roughly 36,000 facilities

Roughly 25%, or 1 in 4 of all critical infrastructure in the country are at risk of becoming inoperable today, which represents roughly 36,000 facilities. Further to this, 23% of all road segments in the country (nearly 2 million miles of road), are at risk of becoming impassable. Additionally, 20% of all commercial properties (919,000), 17% of all social infrastructure facilities (72,000), and 14% of all residential properties (12.4 million) also have operational risk.

“As we saw following the devastation of Hurricane Ida, our nation’s infrastructure is not built to a standard that protects against the level of flood risk we face today, let alone how those risks will grow over the next 30 years as the climate changes,” said Matthew Eby, Founder and Executive Director of First Street Foundation. “This report highlights the cities and counties whose vital infrastructure are most at risk today, and will help inform where investment dollars should flow in order to best mitigate against that risk.” 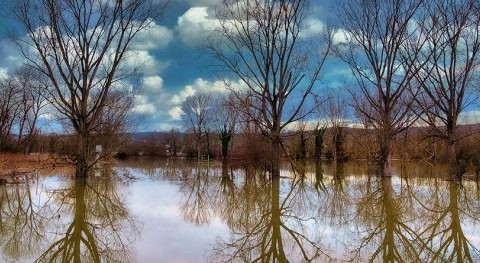