Mahmoud Harb (Fitch Ratings): "The relevance of water risks for sovereign rating is set to rise"

Companies30
Fitch Ratings
At Fitch Ratings we believe in creating value beyond data and information. At the heart of what makes us different is our people. We’re powered by human insight and a collaborative culture that drives us forward.
TwitterLinkedInWeb 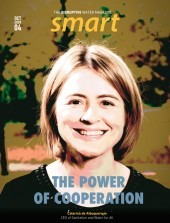 The Fitch Publishing Company, founded in 1913, developed and introduced the AAA to D rating scale, which has become the most common grading scoring system for credit-worthiness. Last September a new report by Fitch Ratings explored the links between water risks and sovereign ratings. Two types of risks, water stress and droughts, and flood risks are already a reality and a rising vulnerability, aggravated by climate change. In this interview, Mahmoud Harb, Director at Fitch, explains how these risks are taken into account for rating decisions and the factors that impact a country’s ability to manage those risks.

Question: Firstly, we would like to know briefly your career path and your current role in Fitch Ratings.

Answer: I am a Director with Fitch Ratings and I am part of the team analysing Middle Eastern and African sovereigns. Prior to joining Fitch, I worked as an economist in the asset management and investment banking industries and have covered a wide range of developed and emerging economies. I have also taught undergraduate and graduate courses in economics and finance in several universities, including the University of Paris Dauphine.

Water risks have not caused a rating action on a standalone basis, but they have been relevant, acting as amplifiers of other shocks

Q: Since when did Fitch Ratings start taking into account water risks, and how did you come to realise the significance of these risks?

A: Water risks have recurrently featured amongst the key drivers underpinning our rating decisions in recent years. In several instances, droughts and, less frequently, floods have contributed to a broad deterioration in macroeconomic performance, along with other factors, leading to a negative rating action. In that sense, water risks have not caused a rating action on a standalone basis, but they have been relevant to rating actions, in combination with other factors, acting as amplifiers of other shocks.

For example, we have taken several negative rating actions on both Namibia and South Africa in recent years due to continued deterioration in public finances against the background of subdued economic growth which has thwarted fiscal consolidation efforts aiming at stabilising the two sovereign’s debt trajectories. Repeated acute droughts in the southern African region since 2016 have contributed the deterioration in the macroeconomic environment affecting agriculture, mining and power generations in both countries. Other examples where droughts or floods have been mentioned among challenges to growth, external finances and/or inflation in the context of a negative rating action include Morocco (March 2020), Sri Lanka (December 2018), Thailand (March 2020), Uruguay (October 2018) and Zambia (April 2020).

Water Resources and Management are also one of the five environmental factors captured under our ESG relevance scores. Our ESG scores for sovereigns were launched in 2019. Fitch was the first credit rating agency to apply a systematic approach to publishing opinions about how ESG issues are relevant and material to individual entity credit ratings.

Our ESG relevance scores show the relevance and materiality of 15 different ESG factors to the rating decision for each Fitch-rated sovereign on a scale of one (irrelevant to all sovereigns from a credit perspective) to five (highly relevant to the rating, a key rating driver with a high weight). In that sense, they provide greater transparency on the intersection of ESG risks with rating decisions under our existing sovereign rating criteria.

Q: Do you think that further integration of environmental risks into models used to derive sovereign ratings will contribute to countries’ awareness and willingness to address such risks? What do you think is the future outlook in terms of this type of risks driving ratings?

A: We are seeing increased interest in ESG factors in general from the investor community and the focus on water risks is set to continue.

The relevance of water risks for sovereign rating is set to rise as region-level water stress intensifies and the incidence of extreme rainfall events increases. However, while ratings are forward-looking, water risks are likely to affect sovereign ratings only as a product of their proximity and severity. This approach reflects the high degree of uncertainty surrounding the magnitude of future water risks and their relevant drivers for Fitch-rated countries.

Under our rating framework, we do not include a single measure of water risks but aim to capture water risks through their impact on structural, macroeconomic, public finance and external finance variables feeding into our quantitative Sovereign Rating Model (SRM). This is reflective of our view that no single indicator can capture a country’s overall vulnerability to water risks. We will also apply qualitative judgement under our Qualitative Overlay (QO) framework where we believe material risks to creditworthiness are not fully captured in the current and forecast quantitative numbers feeding through to the SRM.

For the time being, cooperation remains the rule and violent conflicts the exception in terms of water dispute resolution

Q: In the report on Water Risks and Sovereign Ratings, you describe a country’s overall vulnerability to water risks as a product of both its exposure and resilience to these risks, but you note resilience itself cannot be quantified as it depends on countries’ capacity to mitigate and adapt to water stress. If a country increases its resilience, will it affect its sovereign rating?

A: We believe that countries with stronger policymaking and institutional capacity are likely to be able to reduce the costs from adaptation to aggravating water risks by complementing investment spending on infrastructure with adequate policy measures and reforms.

Investments in water infrastructure tend to be massive, costly and irreversible. Countries, where public investment planning capacity is adequate, would be able to minimise waste and enhance investment efficiency, reducing costs. A sound institutional framework would also guarantee strong governance of the water sector and support its financial sustainability, reducing the burden for the government.

Moreover, well-designed fiscal and regulatory policies would provide appropriate incentives to the private sector through supply and demand management measures, mitigating the magnitude of water risks. On the supply side, governments would be less affected where they are able to enhance the efficiency of water utilities by instituting transparent public bidding procedures and procurement rules, flexible pricing mechanisms and cost auditing.  Capacity to implement demand-side measures is generally weaker in emerging countries given the complexity of these measures and the conflicting objectives they usually pursue. For example, promoting water efficiency might require imposing high prices for access or “Pigouvian” taxes while guaranteeing universal access to the most basic of necessity goods requires instituting subsidies. 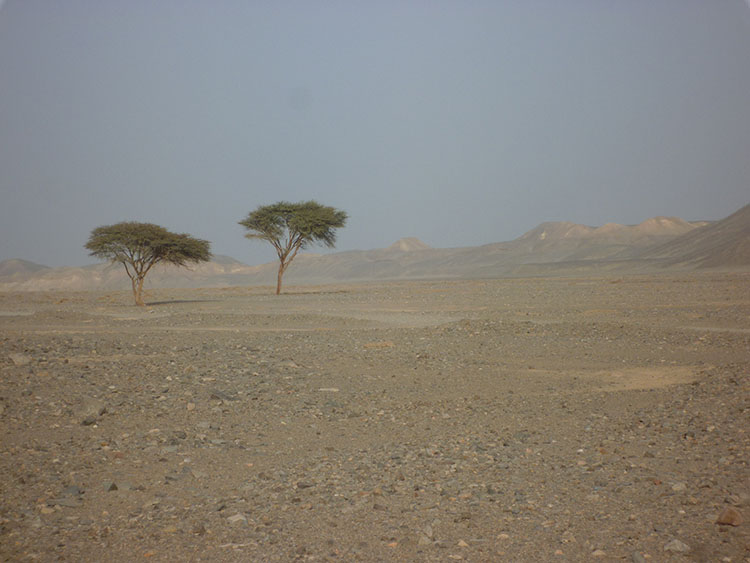 Q: Over the years there have been successful examples of cooperation over transboundary water resources. Do you think there could be a positive trend in terms of decreased geopolitical risks stemming from shared resources?

A: Lake and river basins often go beyond human-defined geographical frontiers, raising challenges for their management. For the time being, cooperation remains the rule and violent conflicts the exception in terms of water dispute resolution. The UN recorded only 37 incidents of violent conflicts over water sharing versus the signature of 295 international water agreements since 1948. A significant number of river basin organizations have also been created in recent years.

However, more than half of shared basins reportedly lack a cooperative framework. Increasing scarcity will aggravate competition for water. Hence, water is likely to be a trigger and weapon of an increased number of violent disputes in the future, all the more so that many transboundary water basins are located in regions where protracted conflicts and tensions continue to simmer.

In emerging markets with low initial asset bases, the cost of mitigating water risks will add to the need to bridge infrastructure gaps

Q: To what extent have wealthy countries exposed to high water stress risks, such as those in the Middle East, been able to manage successfully those risks by enhancing efficiency and water management?

A: The level of available fiscal space and technology penetration varies greatly between emerging markets. Countries with greater fiscal resources and more advanced technology level can indeed invest in water management infrastructure to respond to increased incidence of water risks. For instance, Middle Eastern countries, including Israel, Jordan, Kuwait and Qatar present a high share of water reuse relative to total withdrawals compared to other emerging markets. In emerging markets with low initial asset bases, the cost of mitigating water risks will add to those stemming from the need to bridge existing infrastructure gaps. For instance, reaching the Millennium Development goal of securing safe drinking water and sanitation for all in Sub-Saharan Africa would require an annual investment of about USD35 billion, 2% of the region’s aggregate 2019 GDP, based on the World Bank’s estimates.

Trends in AMI for 2022: from meters to business intelligence
END_OF_DOCUMENT_TOKEN_TO_BE_REPLACED