Hugo Contreras, Director of Water Strategy for Latin America, The Nature Conservancy (TNC), was one of the speakers at the 11th Water Economy Forum held on July 2nd in Puebla, Mexico, where he took part in the second session on water security in Latin American cities.

Hugo Contreras has a long career in the sector: he graduated in Economics from the Autonomous Institute of Technology of Mexico (ITAM), has a Master in Environmental and Natural Resource Economics from University College London, as well as degrees in Business Administration, Strategic Management of Public Institutions and Environmental Economics by the Business School of the Pan-American University (IPADE), Berkeley University and the World Bank.  For over 10 years he was the Director of Business Development and Institutional Relations at Bal-Ondeo, owned by Bal Group and Suez Environment, a leading water and sanitation services provider in Mexico. He has also worked as a private consultant for the Mexican firm Thesis Consultores, where he was responsible for the water practice and good governance, and prior to that he was a civil servant at the Mexican Ministry of Environment and Natural Resources (SEMARNAT), where he was Chief of Staff for the Planning Division. Among his major achievements we may note designing and implementing the first tree plantation programme based on auctionable subsidies, the implementation of the Natural Disaster Fund and the first Sustainability Programme of the Federal Government. As well, he was elected Vice-president of the Economy and Environment group of the OECD.

Since 2013 he is TNC's Director of Water Strategy for Latin America, in charge of designing the water strategy for the region and leading its implementation in the different countries where TNC is present.

Question: What do you think are the most relevant water security challenges in Latin America?

Answer: Water resources are abundant in Latin America and the Caribbean, since the region has nearly one third of the world's freshwater resources, while it is home to slightly more than 10% of the world's population. This means that on average, water availability would be 22,000 m3 per person per year, versus a little over 6,000 m3 worldwide. Nevertheless, there are several challenges, which include:

To these challenges we may add some triggers, such as:

Finally, we may highlight that traditional water resource management has given little importance to managing natural infrastructure. This is even though scientific evidence increasingly shows that to ensure water security, it is necessary, although not enough, to maintain the integrity of ecosystems or natural areas supplying water to the population, economic activity and the environment. Similarly, they protect from the effects of extreme hydrometeorological events such as droughts and floods. Some examples of this are:

Q: To this effect, how does The Nature Conservancy contribute to addressing these challenges?

A: TNC's water security strategy in the region prioritises collective action models that help strengthen water governance and nature-based solutions to complement traditional grey solutions. For this purpose, TNC fostered the creation of the Latin American Water Funds Partnership. The Latin American Water Funds Partnership is an agreement created in 2011 between the Inter-American Development Bank (IADB), FEMSA Foundation, the Global Environment Facility (GEF), the International Climate Initiative (IKI), and The Nature Conservancy (TNC) to contribute to water security in Latin America and the Caribbean.

The partnership supports the Water Funds with scientific knowledge to achieve and maintain water security with nature-based solutions; with systematization, management and dissemination of knowledge, capacity building and technical advice; promotion of dialogue among relevant stakeholders in the region in an inclusive manner, promoting collective action; active participation in the design of water governance and the mobilization of resources from public and private sources.

In Mexico, almost 70% of the population lives in an area with only 27% of the water resources.

Water Funds are organisations that design and promote financing and governance mechanisms involving private, public and civil society actors, in order to contribute to water security and sustainable river basin management through nature-based solutions. In this regard, the funds contribute to improving water security in the regions or cities where they are created through six types of actions:

Q: Can you please tell us about water security in Mexico and the measures the country is adopting in the context of climate change.

A: Although in general water security risks in Mexico are similar to those in the rest of Latin America, in this country we can find some aggravating factors:

Q: How did you get involved with the Water Economy Forum?

A: I first became involved with the Forum through the website. I first met Gonzalo Delacámara formally at an event organised by the Association of Latin American Regulatory Entities (ADERASA) in Argentina a couple of years ago. 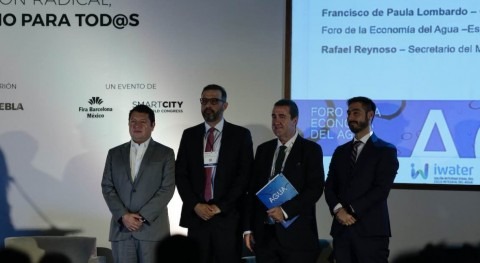 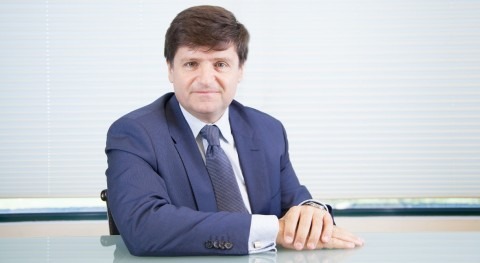 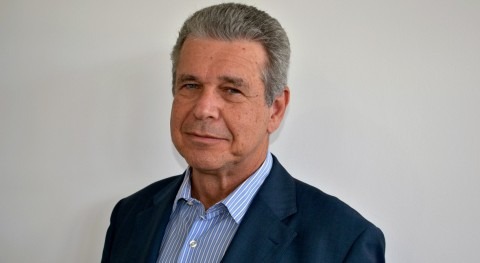