Companies93
GS Inima Environment
GS Inima acts in all the phases of the projects in which it participates: Design, Technology, Construction, Operation and Maintenance and develops its activity in both the public and private markets.
TwitterLinkedInWeb

The President of Chile, Sebastián Piñera, has inaugurated the Atacama desalination plant, which GS Inima has designed and built together with Claro Vicuña Valenzuela (CVV) through the Inima-CVV Copiapó consortium.

The work that was awarded in 2017 to the Inima-CVV Copiapó Consortium, is one of the most relevant projects for the Atacama region, not only because it is the largest projected investment in the area, but also because it guarantees the supply of drinking water in a sector that no longer has natural aquifers for self-sufficiency.

The project, which benefits more than 210,000 inhabitants of the communities of Chañaral, Caldera, Copiapó and Tierra Amarilla, has involved an investment of close to 100 million dollars and the generation of more than 500 direct jobs during its execution.

It is the largest projected investment in the area and guarantees the supply of drinking water in a sector that no longer has natural aquifers for self-sufficiency.

From a social, technological and environmental point of view, Inima-CVV incorporated the highest standards that generate a series of advantages:

What we are seeing here is a milestone that is going to mark a fundamental change. This is a region that was under permanent risk of running out of water and today it is the only region in Chile that has its water insured for the next 40 years. Not only is it the most modern plant in terms of desalination that we have in our country, it has also incorporated many technological advances in energy efficiency and is also very environmentally friendly "  Sebastián Piñera, President of Chile.

The Atacama Desalination Plant is a country project, a priority in public policy, and that has been promoted and supported by the government of Michelle Bachelet, since its approval in 2015, as well as by President Sebastián Piñera and by the different regional and local authorities.

“Successfully completing one of the largest state works in the Atacama Region, guaranteeing the supply of drinking water in an area affected by water scarcity, reaffirms our commitment in the water treatment sector in Chile. At the plant we have considered various technological and environmental innovations, which make this project a success story and a benchmark in the sector ”, Diego de Vera, Director of Business Development at GS Inima.

GS Inima will continue with its commitment to the region, operating and maintaining the Atacama Desalination Plant, guaranteeing the continuity of good environmental and social results. This contract also consolidates the presence of GS Inima in Chile, as it is the fourth desalination project in which it adds value throughout the cycle: design, construction, financing, operation and maintenance. 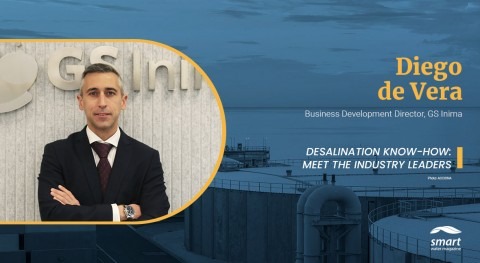 D. González: "In Spain, concession-type contracts are not broadly used" 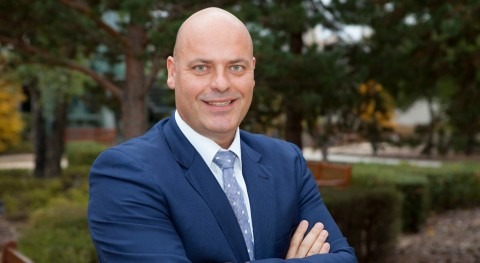