INCLAM Group
An international group within the Alternative Stock Market, dedicated to the water engineering and climate change sector. Thanks to its expansion, it has offices in Latin America and the Caribbean, Spain, Sub-Saharan Africa and Asia.
TwitterFacebookLinkedInYoutubeWeb

This article shows a brief analysis of water consumption pattern change and the reliability of WatEner Platform’s Demand Forecast System in the city of Karlsruhe (Germany) during the current Coronavirus COVID-19 health crisis.

Stadtwerke Karlsruhe (SWKA) is a municipal Water Utility which serves a region with more than 400.000 inhabitants in the state of Baden-Württemberg. SWKA uses the WatEner Platform to support the operation and management of its drinking water distribution system. The platform integrates measured and simulated data from different sources, transforming them into useful and available information in real-time. Besides, WatEner provides a very accurate and dynamic water demand forecast (fig.1) allowing to download data for further network studies as it has been done in this analysis.

As the media reported, drastic measures have been taken almost worldwide over the past few weeks as an effort to contain the COVID-19 spreading. In Germany, the increase in the number of new infections started in the early days of March with over 100 cases and exceeded 1.000 cases after the first week of March[1], leading the government to take further measures in the following days. Specifically, in the state of Baden-Württemberg, the educational centers closed their doors on March 17 [2], and the measures have been progressively toughened to restrict even more social activities and public life.

It has been observed how water consumption undergoes variations after these measures were applied. Schools and non-essential activities closure, increase in home-working, and social restrictions have marked this significant change in consumption pattern. A comparison of four consecutive Tuesdays that should normally have shown a similar behavior reflects how consumption has changed during March 2020 due to the lockdown measures, as displayed in the following graphs:

A change in consumption behavior is observed (fig.2) before containment measures (blue lines) and after school closure and social restrictions (green lines). The slope of consumption curve at the beginning of the day is higher under normal situation (before COVID-19 measures) and lower after the measures were adopted, with a demand peak that occurred approximately two hours later.​

As it can be seen in the second comparative graph (fig.3) between March 3 and March 24 (correspondingly the first and last day analyzed), demand peak occurs in the first case at around 7:10 am (when school is open during normal behavior) and in the latter case at around 9:40 am (under lockdown measures). Similarly, at the beginning of March consumption rapidly falls after 8:00 am or 8:30 am until late afternoon, while in a situation of confinement, consumption is distributed more gradually in the morning, reducing slowly until the afternoon. It is observed that between 5:00 pm and midnight, there are no significant differences in consumption before and after the containment measures indicating that the population is usually at home during this time and consumer behavior is not altered.

WatEner operates a Demand Forecast System (DFS) that applies Artificial Intelligence and Pattern Recognition Techniques, adapting dynamically not only to metereological parameters (temperature, rainfall, humidity, etc.) but also to changes in consumer behavior that are difficult to predict with traditional mathematical models.

In SWKA the DFS provides 24 hours demand forecasting with a time step of 10 minutes for the district areas supplied. DFS process starts every day automatically at 3:00 am, after the Minimum Night Flow assessment, and provides a new updated forecast for the next 24 hours in a 10 minutes time step searching the knowledge database for similar days.

Taking into consideration the period between March 1 and March 24, it has been observed how WatEner‘s dynamic DFS adjusts to the changing pattern in consumption behavior caused by the COVID-19 emergency, as shown in the following graphs (fig.4): 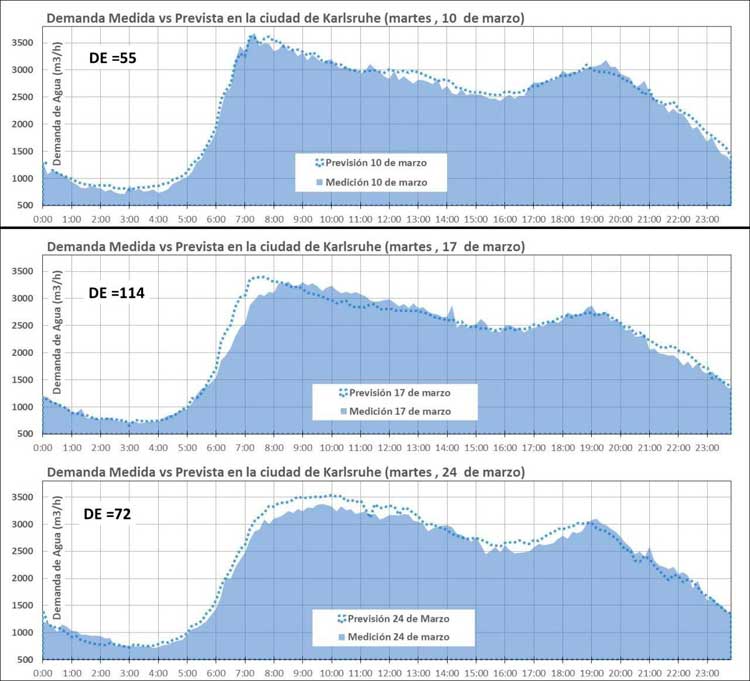 It is observed the DFS adjustment progress from March 10 until a close matching curve between forecasted and measured consumption on the last analyzed day (March 24). The first day of school closing and lockdown measures (March 17) shows a steeper slope in the forecasted demand (as expected in a typical Tuesday of March) than the real demand. After a week (Tuesday, March 24), the DFS has more information to automatically adjust the forecast to the new consumer behavior, showing a smoother slope and curve shape similar to the real demand. However, it seems that real total demand is still slightly below the forecasted values.

The graphs also show the results of the Standard Deviation (SD) of the differences between measured and forecasted data (in m3/h) every 10 minutes. The standard deviation of Tuesday, March 10 (SD=55) doubles on Tuesday, March 17 (SD= 114), but significantly recovers in the prediction of March 24 (SD=72) indicating a correct adjustment of the DFS and a reasonable match of the slope and shape of the consumption curve.

“WatEner can adapt quickly to the new consumption patterns, providing a precise demand forecast using algorithms without the need for manual inputs”

The DFS shows a fast and accurate adaptation to change in consumer behavior, considering only one similar day (Tuesday, March 17) stored in the knowledge database (the forecasted pattern is usually built with four similar days). More in-depth analysis and more data are probably needed to draw wider conclusions on demand changes related to the COVID19 lockdown situation.

WatEner‘s Demand Forecast System has been accurately running in SWKA with a 2,5% absolute relative average error according to the latest study [3]. In such a context, it can adapt quickly to the new consumption patterns, providing a precise demand forecast using algorithms without the need for manual inputs.

Acknowledgments: We would like to thank Dr. Dirk Kühlers (Stellvertretender Leiter der Abteilung Trinkwassergewinnung/Qualitätssicherung), Stadtwerke Karlsruhe and Inclam IT Teams. 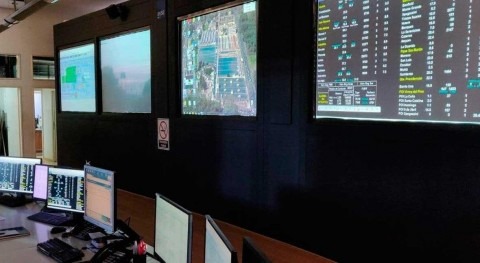 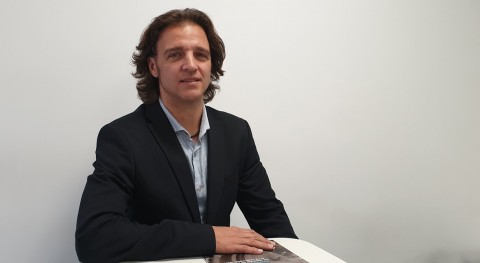 "INCLAM should continue to be a water sector leader in technology, engineering and consulting" 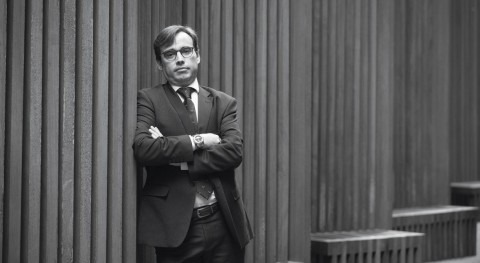 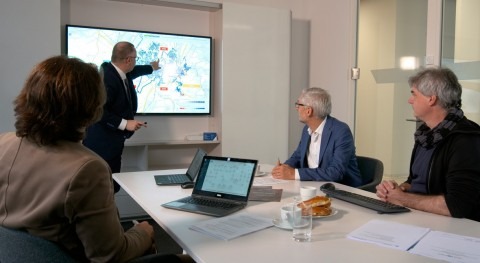 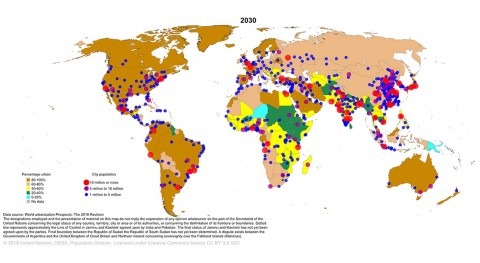 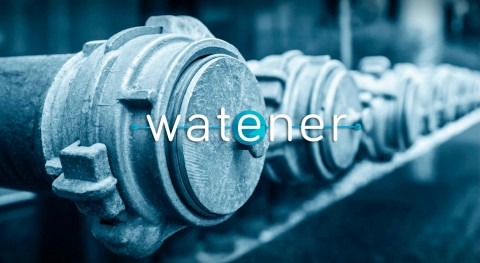 Water 4.0: towards a new ecosystem 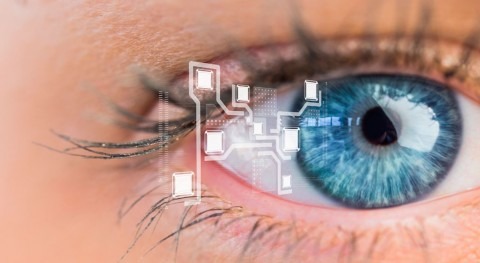 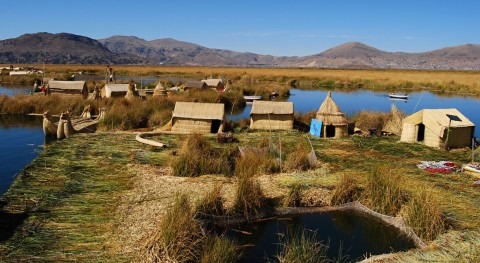