Mitigating current and future damage stemming from climate change depends greatly on the ability of affected populations to adapt to changing conditions. According to an international group of researchers, building capacity to adapt to such changes will require eradicating inequalities of many sorts, including gender.

Vulnerability and exposure to the effects of climate change differs significantly across social groups, defined not only by income levels but also by gender, education, and racial and ethnic profiles. Understanding how these inequalities will evolve in the future appears particularly important for the design of policies aimed at reducing the impact of climate change globally. In a new article published in Nature Communications, an interdisciplinary group of researchers from IIASA, Humboldt University, the Vienna University of Economics and Business, and Climate Analytics have developed projections of a gender inequality index throughout the 21st century to shed light on such developments.

The linkages between gender inequality and adaptive capacity to climate change relate to a large number of factors that differ across countries and over time, and also range from uneven access to resources to cultural norms. In addition, women's representation in politics has been shown to lead to more stringent climate action, thus affecting mitigation policies as well. Building capacity to adapt to climate change will require eradicating inequalities of many sorts, including those in terms of gender.

Building capacity to adapt to climate change will require eradicating inequalities of many sorts, including those in terms of gender

To the extent that gender inequality is a determinant of adaptation to climate change impacts and may also have an effect on the implementation of mitigation policies, projections of trajectories in gender inequality can highlight potential future challenges to combating the negative effects of climate change. According to the authors, such projections, combined with existing scenarios for the future path of population growth, education, and income, can contribute significantly to our understanding of the obstacles faced by future societies in their efforts to foster climate resilient development.

The study provides the first ever, quantified scenarios of gender inequality over the 21st century, using the Shared Socioeconomic Pathways (SSPs), which are widely used in climate change research. These pathways add an important dimension for understanding societies' adaptive capacity in the face of climate change.

"Women are more vulnerable to the impacts of climate change, not because there's something inherently vulnerable about women, but because of different social and cultural structures that stand in their way," explains study lead author Marina Andrijevic, a researcher associated with Humboldt University and Climate Analytics, Berlin, Germany. "Disempowerment comes in many forms, from the lack of access to financial resources, education, and information, to social norms or expectations that affect, for example, women's mobility. These considerations have to be taken into account when thinking about what challenges to adaptation a society might face."

The study employed an established Gender Inequality Index of the United Nations Development Programme for its projections. The index measures whether women are disadvantaged in comparison to men with regard to health, labor market participation, education, and political participation. Eradicating these inequalities is expected to improve overall resilience to climate change impacts through improvements in women's access to better education, resources, and maternal health.

"Our projections provide an evidence-based assessment of future trajectories of gender inequality that can be used as an input to guide policymaking at the global level," notes coauthor Jesus Crespo Cuaresma, an IIASA researcher and professor at the Vienna University of Economics and Business. "While achieving gender equality does not automatically ensure the resilience of societies to the impacts of climate change, especially at low levels of socioeconomic development, it is an important factor for improving adaptive capacity globally."

Projections of future socioeconomic dynamics and gender inequality show that faster societal progress in areas such as education can improve the situation for millions of girls around the world already in 2030. The "what-if" scenarios defined by the SSPs are also useful for the assessment of progress towards the Sustainable Development Goals (SDGs), and can be used to monitor the fulfillment of the objective of achieving gender equality and empowerment of all women and girls by 2030.

"We hope that our work will help streamline considerations of gender inequality in our analyses of current and future challenges for adaptation to climate change, and what they mean for the world with the increasing impacts of climate change," Andrijevic concludes. 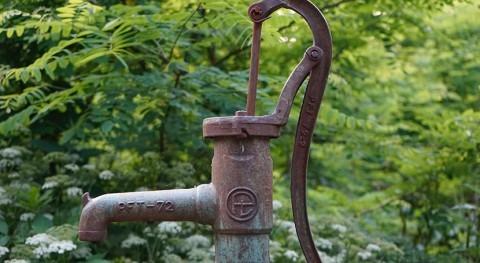 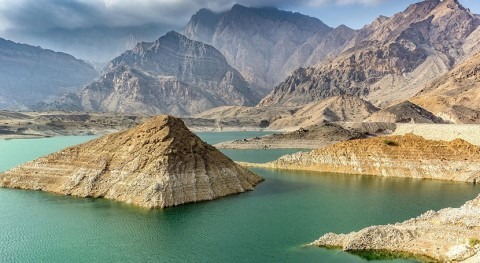