Water is widely used in industry and is rarely found in the right conditions for direct incorporation into processes. The quality requirements vary depending on the industrial activity and the extent to which water is used.

In order to adapt water to the production process needs, it is necessary to install Water Treatment Plants (WTPs).

J. Huesa, thanks to its broad portfolio of technologies, is specialized in the execution of turnkey projects for process water treatment plants. These water treatment facilities are developed with the economic and operational optimum of our customers in mind, while safeguarding the environment through prioritizing responsible water consumption.

On this occasion, we would like to take a closer look at the use of water to minimise GHG (greenhouse gas) emissions, specifically in the production of hydrogen.

It is the simplest chemical element on earth; the atoms of this element of the periodic table are made up of one proton and one electron, being stable in the diatomic form H2. Under normal conditions it is in a gaseous state, and is tasteless, colorless, and odorless.

The fact that it has such a low density gives it two characteristics:

As we have already mentioned, although hydrogen is a very abundant element in nature, its low density means that it is not found free and, therefore, it is associated with other elements to form different compounds. It is obtained through different production processes depending on the compound from which it is extracted:

1.Thermochemical processes: these use chemical reactions and heat to release hydrogen from organic materials such as fossil fuels and biomass.

2.Electrolytic processes. Electrolysis is the splitting of water into hydrogen and oxygen using an energy source. They are carried out in equipment called electrolysers.

3.Photolytic processes. As with electrolytic processes, photolysis is where hydrogen is obtained from water, but using energy from the sun (solar energy) as the energy source.

Of all these methods of obtaining hydrogen, the cleanest is its production through water, as it does not emit CO2 in its production process. Since this process requires the use of energy, the more renewable the energy source used in the electrolysis of water, the greener the hydrogen is considered to be (Green Hydrogen).

Electrolysers are devices that allow the production of hydrogen by means of a chemical process that separates water into H2 and O2 molecules, using electricity and water. There are different types of electrolysers, but they all have in common that they require ultrapure water.

At the international level, there are different organisations that have set the quality standards for purified water, among which the following stand out:

We take as a reference for the quality of the inlet water to the electrolyser that established by the American Society for Testing and Materials (ASTM), which refers to the water used as a reagent, classifying it into four different types of water, as well as the procedures for obtaining it.

The most common in the case of electrolysers is type I water:

To obtain this type of ultrapure water, it is necessary to build a Water Treatment Plant (WTP) whose treatment process will be determined by the quality of the supply water (urban supply network, wells, lakes, rivers, etc.) and by the volume of water to be fed into the electrolysis process. 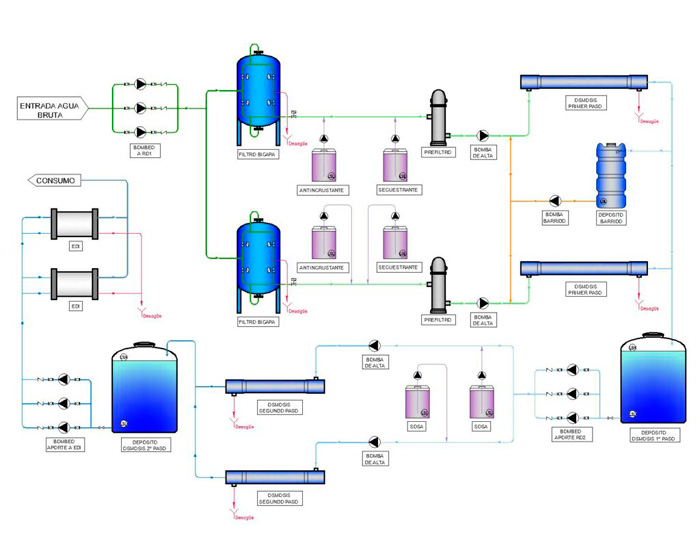 The pre-treatment will be designed according to the characteristics and origin of the raw water to guarantee the appropriate parameters for the input to the reverse osmosis plant and subsequently to the EDI: 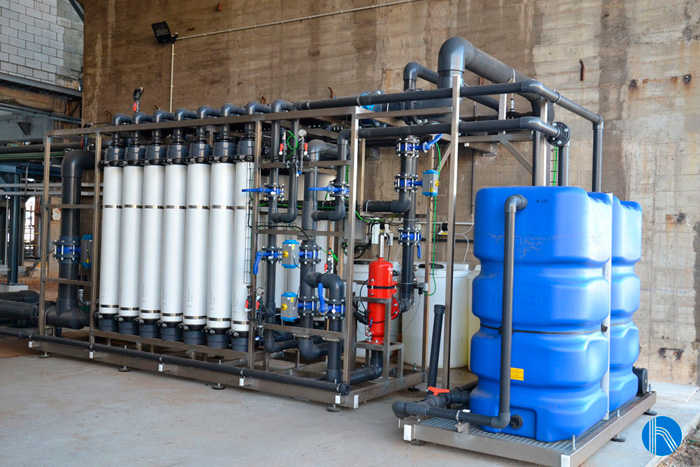 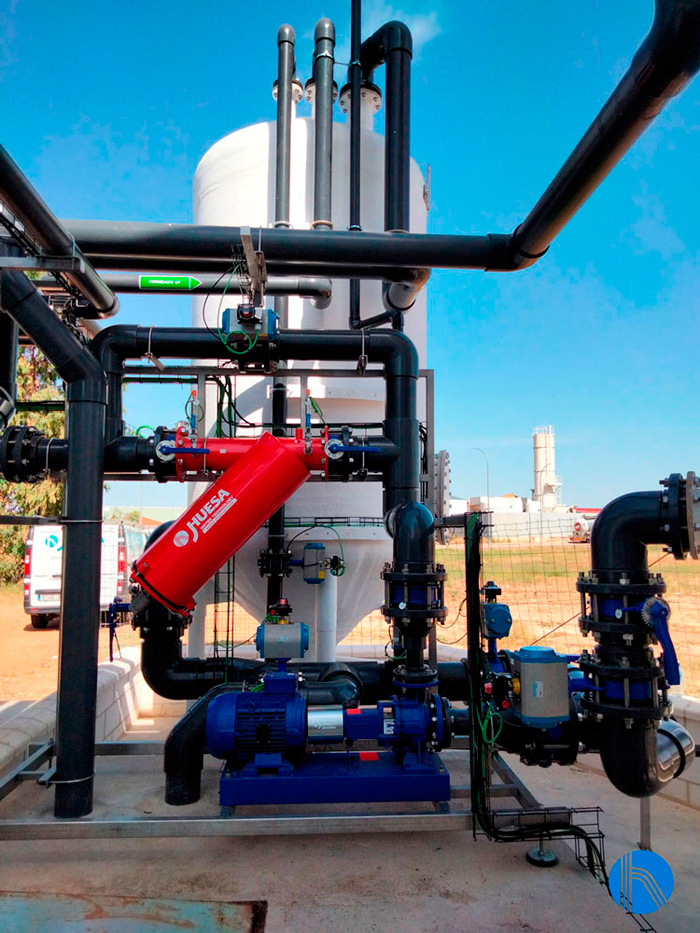 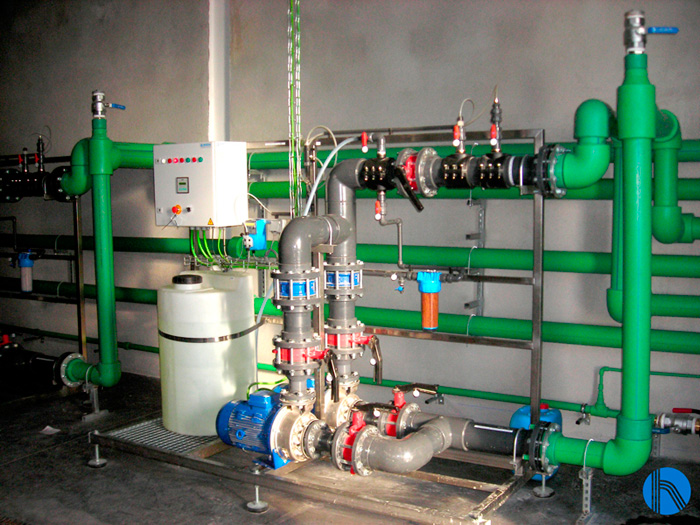 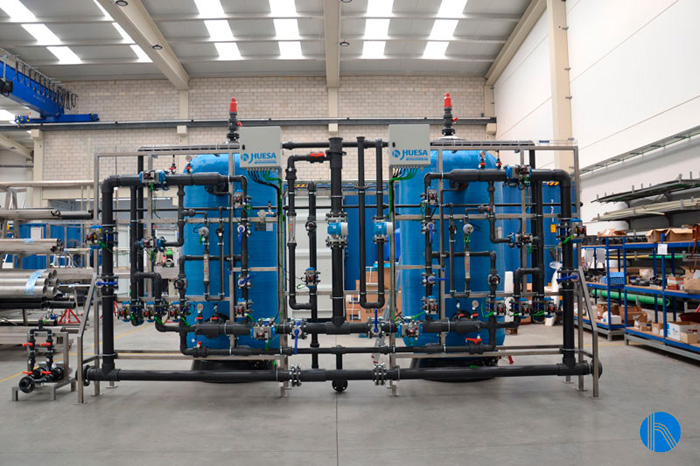 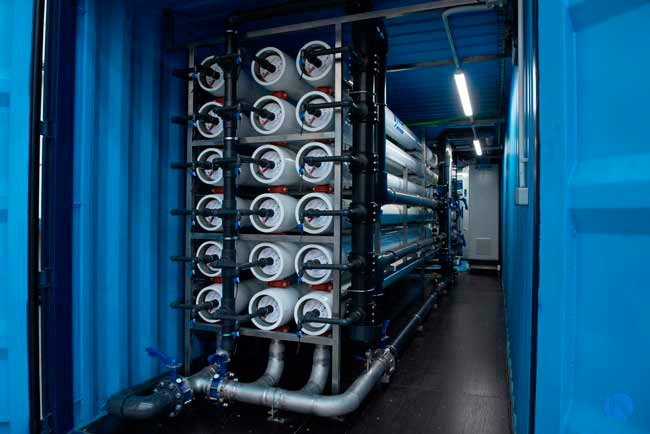 Reverse osmosis is a membrane technology that removes salinity from water. It is based on a diffusion process through a semi-permeable membrane that facilitates the passage of dissolved gases and molecules without electrostatic charge of low molecular weight.

It is the system of choice to produce pure water with a low salt content, free of viruses and chemical contaminants. Osmosis membranes are used, the configuration of which varies according to the nature of the water to be treated.

In reverse osmosis, a pressure higher than the osmotic pressure is used, achieving the opposite effect. The higher the pressure applied, the higher the permeate flow rate increases proportionally.

The objective of this treatment stage of the WTP is to obtain a permeate with a conductivity between 5-10 µS/cm, which is suitable for the correct operation of electrodeionisation.

Since reverse osmosis produces a permeate in which 99 % of the salts are removed from the incoming water, depending on the conductivity of the raw water, a second reverse osmosis step may or may not be necessary. 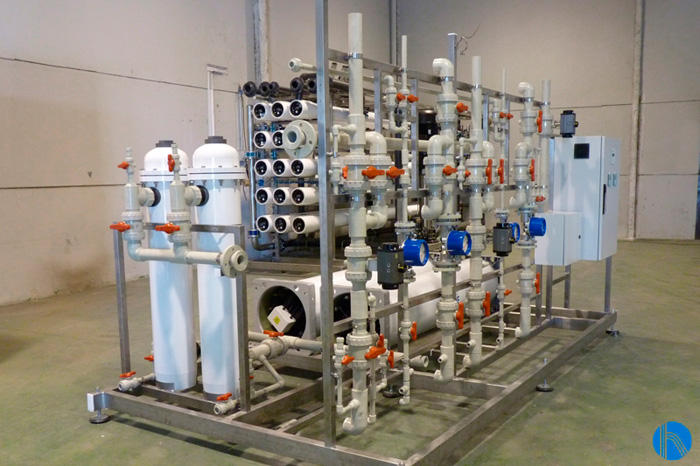 This last stage of WTP is a polishing technique that achieves ultrapure water by conjugating ion exchange with membranes. An exchange resin is introduced inside the compartments between the cell membranes. The ion exchange resin minimices the ion leakage typical of ion exchange and therefore does not require regenerants, with a consequent reduction in the use of chemicals.

It is characterized by a simple and continuous operation, eliminating the use of chemicals in regeneration and producing constant water quality without flow fluctuations, so that no hazardous effluents are produced, and no resins are discharged.

The production of hydrogen as an alternative energy source is positioned in the market as a booming sector characterised by very demanding and restrictive water quality requirements, as well as the need to guarantee a continuous supply of water to the production process. This casuistry motivates the installation of redundant systems to avoid stoppages in the production process in the event of failure, breakdown, or maintenance of any of the equipment that make up the WTP.

In order not to leave behind any of the variables that come into play in this market, J. Huesa offers the companies that make up this sector the personnel and experience acquired throughout its professional career to offer global turnkey or EPC solutions, carrying out all the tasks ranging from the initial study of the feasibility of the project to the start-up of the installation. The fact that we have our own production center speeds up the response in time and form. 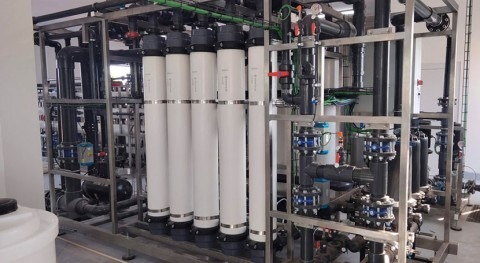 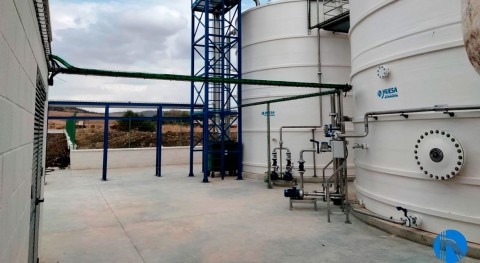 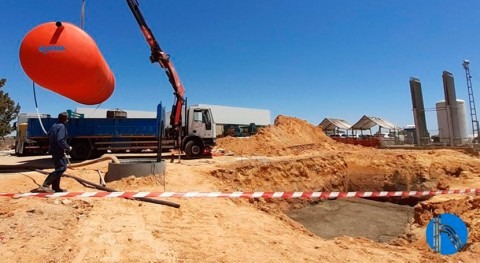 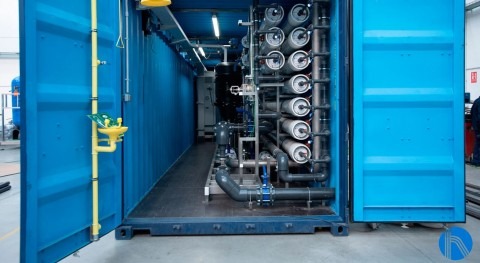 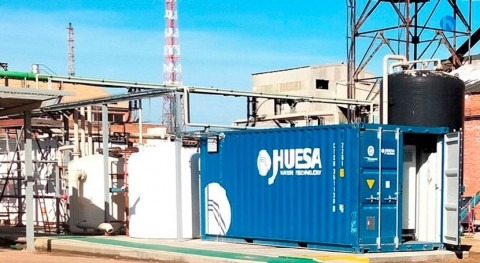 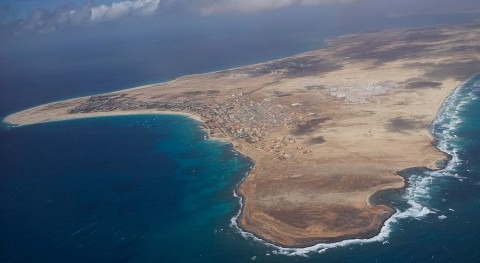 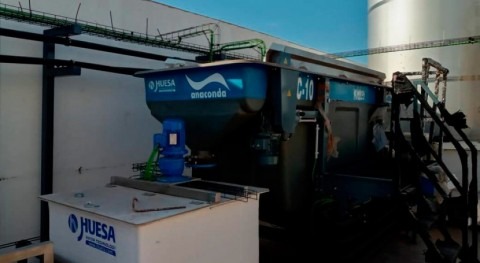 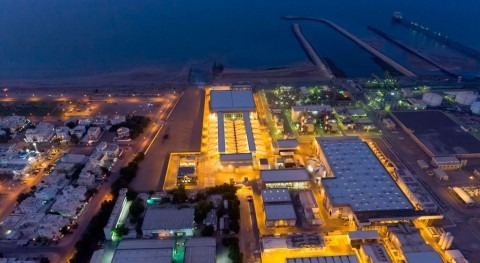 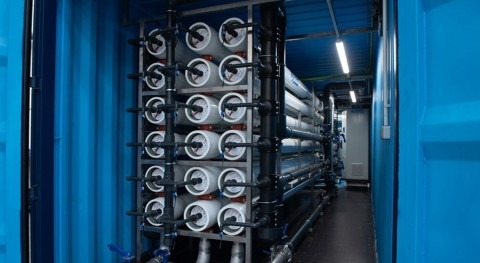 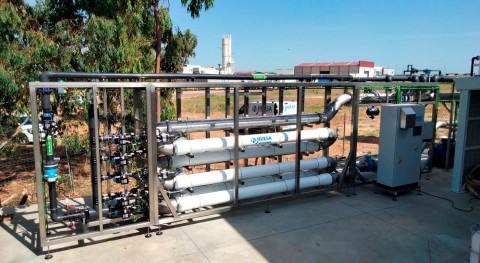 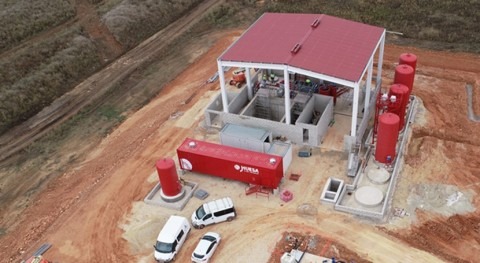 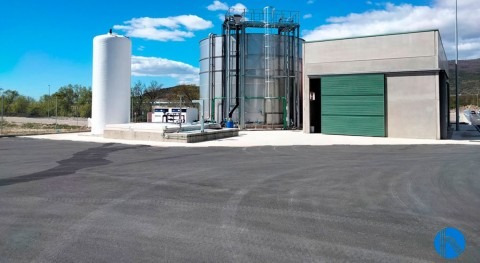 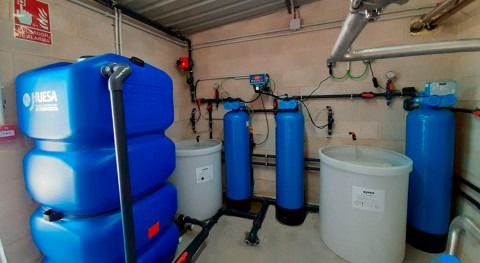 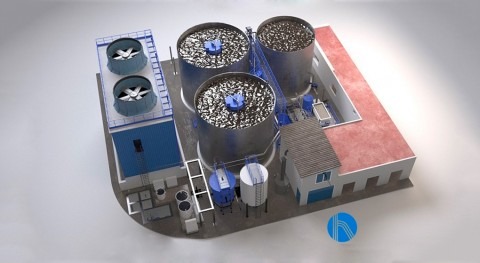 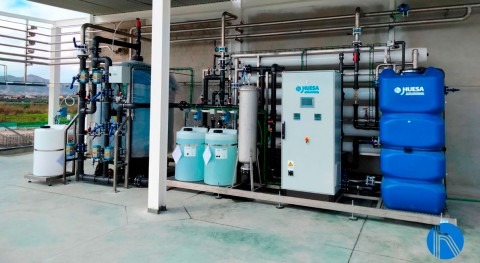