In his new book 'Flooding and Management of Large Fluvial Lowlands', Paul Hudson Associate Professor of Physical Geography at Leiden University College in The Hague, examines human impacts on lowlands rivers. The past twenty years the pressure on large fluvial lowlands has increased tremendously because of flood control, urbanization and increased dependence upon floodplains and deltas for food production. The book provides a primary focus on the lower Rhine River in the Netherlands and the Lower Mississippi River in Louisiana in addition to an international range of large rivers. Five questions about the book, answered by Paul Hudson.

What was the main reason for you to write a book on this topic?

Hudson: ‘My personal motivation is that it is my core area of expertise and I’ve been working on such topics for nearly 30 years. The book was a nice way to wrap up a lot of the science I’ve been researching - or teaching -  into a coherent package. I’m super passionate about the topic and had to get it off my chest. My scholarly motivation was that as an earth scientist we often see that engineering often neglects to consider the underlying floodplain soils and sediments, which then results in riparian environmental degradation and perhaps increased flood risk. Thus, the topic is approached from an earth science perspective. And climate change makes everything worse.’

Can you give a main conclusion out of your research?

Hudson: ‘The two main human impacts to lowland rivers have resulted in increased flood risk and degraded riparian ecosystems. This has occurred because of prior mis-aligned management practices, that along large rivers require decades to manifest. A good example is the problem of accelerated ground subsidence (lowering) because of excessive drainage and groundwater pumping from past decades and centuries. The subsidence then results in further flooding, which then requires more pumping. It’s maddening. Trying to improve (large) river management to restore and enhance future lowland river health is the 'art of the science' and is the essence of the book.’ 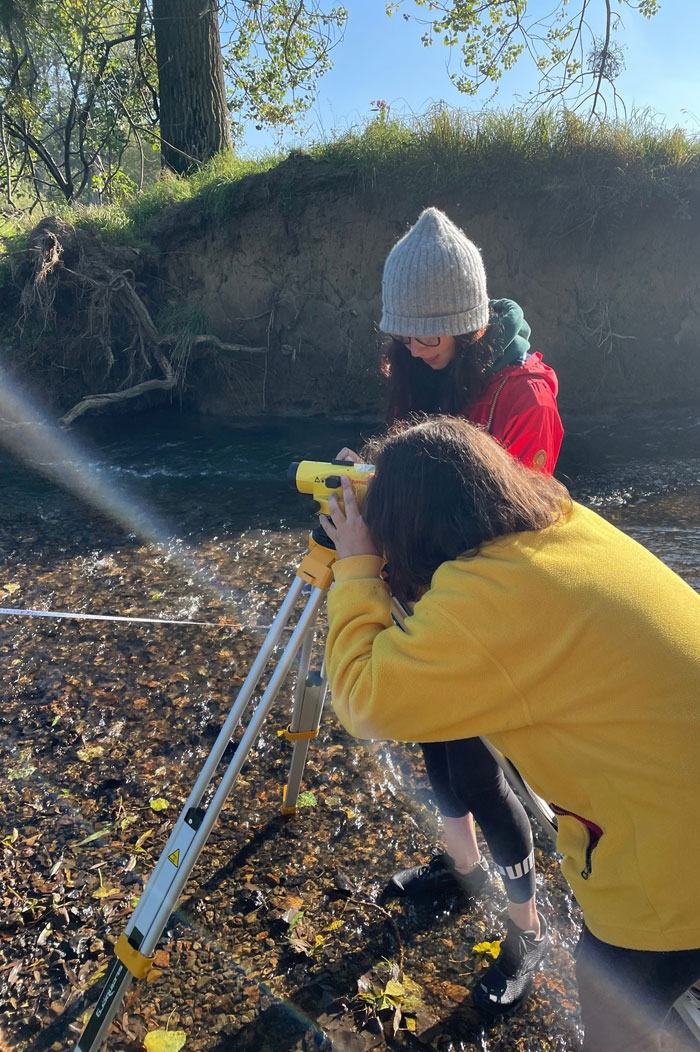 Floodings are a hot topic in the Netherlands given the recent flooding in Limburg in particular. How did you follow this and does it play a role in the book?

Who should read the book, what is your audience?

Hudson: ‘It is really a scholarly treatise and wades quite deep into the academic literature, although I think the writing style is quite approachable and I've tried not to make it too technical. So, anyone interested in the topic of flooding and environmental change along large rivers, especially academics, practicioners (like Rijkswaterstaat), and graduate students.’

You also did some research and field experiments with LUC-students at the Geul this year, are the results also part of this book?

Hudson: ‘Yes, thats right! Unfortunately that work did not make it into the book, because the flooding occurred after I had already submitted my book. But what is interesting is that my field course did an 'environmental flows' analysis in May, before the floods, and then we returned in September to look at the impacts of the flooding on the Geul River - careful to repeat the same measurements in the same area to have a 'before and after' comparison. Very interesting to see the changes caused by the flooding.’