General512
Martin-Luther-Universität-Halle-Wittenberg
The Martin Luther University of Halle-Wittenberg is a public, research oriented university in the cities of Halle and Wittenberg in Germany.
TwitterFacebookYoutubeWeb

Water is a scarce resource in many of the Earth's ecosystems. This scarcity is likely to increase in the course of climate change. This, in turn, might lead to a considerable decline in plant diversity. Using experimental data from all over the world, scientists from the Helmholtz Centre for Environmental Research (UFZ), the German Centre for Integrative Biodiversity Research (iDiv), and the Martin Luther University Halle-Wittenberg (MLU) have demonstrated for the first time that plant biodiversity in drylands is particularly sensitive to changes in precipitation. In an article published in "Nature Communications", the team warns that this can also have consequences for the people living in the affected regions.

How will climate change affect the Earth’s ecosystems? How will biodiversity in different regions change? Such important questions about the future are difficult to answer. In order to do so, it is important to know how the individual species and their communities will react to changing precipitation conditions, for example. But despite numerous scientific experiments worldwide, we do not have synthetic, global answers to these questions. For example, experiments differ greatly in their methodology, such as whether they add small or large amounts of water. "These studies use different methods and are located in different regions of the world", says first author Dr Lotte Korell, a biologist at the UFZ. "And these studies yield contradictory results in many cases". Together with her colleagues, she has therefore set out to derive a general understanding from the data collected worldwide. The focus was on how an increase or decrease in precipitation affects the plant diversity of terrestrial ecosystems.

In the drylands of the world, changes in precipitation levels have a much greater effect than in wetter regions

In their search, she and her team found 23 usable publications, which presented results from 72 field experiments. With this data, they calculated various statistical variables that provided information about the biodiversity at the individual sites and related them to the increasing or decreasing amounts of rainfall.

"However, in such experiments, biodiversity depends on many factors", says Professor Tiffany Knight, last author of the study and ecologist at the UFZ, iDiv, and MLU. For example, the size of the experiment plays an important role. If you focus on only a single experimental plot, then you might see dramatic effects of treatments on biodiversity, as plots with less water have fewer plant individuals growing there, and thus fewer species. However, at least one individual of every species might be found in at the larger scale, and thus a lower effect of the treatment on biodiversity. Indeed, the researchers found that increasing dryness has a greater effect when it is considered at small compared to larger spatial scales. "Thus, in order to draw the right conclusions from the data, you have to take into account both the local climate conditions and the spatial scale of the experiments", says Knight.

In this way, the researchers have identified a clear trend. In the drylands of the world, changes in precipitation levels have a much greater effect than in wetter regions.

Dry ecosystems currently occupy about 40% of the Earth’s land surface. It is not easy to predict what awaits these areas against the backdrop of climate change. Although climate models do predict increasing rainfall in some dry regions, the water shortage is likely to worsen in most of them.

According to the study, plant diversity is expected to increase where it becomes wetter. This is probably because the seeds of the species found there may have a better chance of germinating and becoming established.

However, in light of the projected expansion of drylands, this effect is likely to benefit only relatively few regions. According to the authors, this would lead to a noticeable decline in plant diversity. "Although the plants there have adapted to the challenges of their habitats over long periods of time", says Korell, "at some point, even the most resilient survivor reaches its limits". And with every species that dries up and can no longer germinate, biodiversity is reduced.

This could be bad news not only for the ecosystems but also for the inhabitants of the dry regions. After all, they account for about one third of the world’s population. Many of these people struggle to make a living from the land under the most difficult conditions. If biodiversity declines along with the rainfall, this is likely to become an even greater challenge. For Korell and her colleagues, this is another pressing argument for slowing climate change. "It is also important to protect the drylands particularly well", says the researcher. The more these sensitive ecosystems are put under pressure from overgrazing and other stress factors, the more climate change is likely to affect plant diversity. 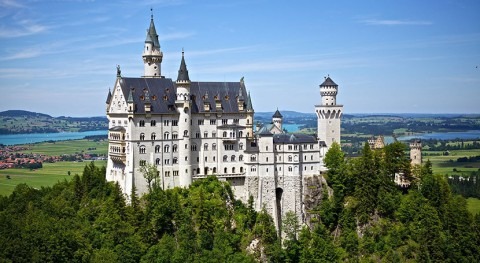 Sunlight can be used to eradicate pollutants in water 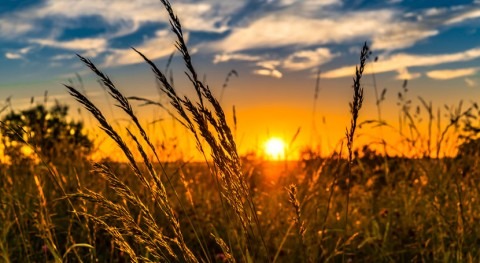