World Water Day – what does the future hold?

Monday (March 22, 2021) marks World Water Day. Ideally, this would have been a day for driving greater awareness around improved accessibility to safe and affordable water, but on the ground the pace towards achieving this has been slow.

With the COVID-19 pandemic continuing to ravage not only Kenya but the rest of the world, access to clean water has become an even greater necessity.

It will be exactly a year since the confirmation of the first case of COVID-19 in Kenya and since then, following in the footsteps of the majority of countries across the globe facing the pandemic and the recommendations of World Health Organisation, the Government urged the population to adhere to WHO directives on handwashing, hygiene and physical distancing.

Yet it remains difficult to implement these prevention measures in informal settlements where there is limited access to water, no sanitation and physical distancing is nearly impossible.

Only a minority of households in informal settlements have access to the public water supply, which is less costly. Water supply has been privatised by ‘cartels’ and many residents rely on private water vendors, particularly during the dry season.

We must appreciate the efforts of Nairobi Metropolitan Service (NMS) in providing free water to informal settlements and the less privileged, but this is just a drop in the ocean considering the water needs of the masses.

Two years ago, at the end of 2019, UN Human Rights undertook a pilot assessment of the status of rights to water in Kenya, focusing on informal settlements in urban centres where there are deep inequalities.

The survey revealed that while urban populace generally has better access to water than rural areas, inequalities in access and affordability are acute for people living in informal settlements

The right to water is recognised as being essential for the full enjoyment of life and all human rights. It is defined as the right of everyone to sufficient, safe, acceptable and physically accessible water for personal and domestic uses.

Sustainable Development Goal 6 (SDG 6) aims to achieve universal and equitable access to safe and affordable drinking water by 2030. The right of all Kenyans to safe and quality water in adequate quantities is enshrined in our Constitution yet access to it remains a pipe dream to many.

Kenya has a population of 47.5 million and about 60 per cent of its urban population live in informal settlements, mostly in Nairobi, Mombasa and Kisumu.

Water commonly costs less per litre in urban middle class neighbourhoods - where there is piped water - than in informal settlements - where the majority rely on water vendors. For example, the price of piped water in Nairobi is in the range of 34-53 Ksh per cubic metre (1000 litres), compared to 10-50 Ksh for a 20 litre jerrycan in informal settlements.

But just how many people in the informal settlements who survive on just over a dollar a day can afford to meet their water needs every day.

Considering that residents of informal settlements pay up to 50 times the price of water per litre than middle class households, affording more water for frequent hand washing presents an economic challenge.

We need to realise that access to water is not just a basic human right, but a question of life and death in the informal settlements, especially if we are to win this war against the COVID-19 pandemic.

Coronavirus is a disaster for the majority of people living in settlements, who have no water, no sanitation and no basic services.

It is also sad to note that Kenya has the third-largest number of people in sub-Saharan Africa who drink directly from contaminated surface water sources which is just over a third of our population.

Due to continued population growth, it has been estimated by a World Bank survey that by the year 2025, Kenya’s per capita water availability will be 235 cubic meters per year, about two-thirds less than the current 650 cubic meters.

Through various International Development Association (IDA) investments in the Nairobi City Water and Sewerage Company (NCWSC), Athi Water Services Board (AWSB) and Kenya Informal Settlements Improvement Project (KISIP), the World Bank has had a long-established involvement in helping increase water access and sanitation services in Kenya – but there is still much more work to be done.

We in the private sector can play a critical role and supplement the government’s efforts in closing the gap between those who have access to clean drinking water and those struggling to access the same.

It is important that we work towards placing the right infrastructure both in urban and rural areas for the access of clean treated water.

County governments need to take cue from the efforts of central government and international funders like the World Bank and place the right infrastructure to ensure water is easily accessible to the people.

It is time as a country we invest in extending the availability and accessibility of public water supply to informal settlements and vulnerable communities; put in place regulatory frameworks to ensure the affordability of safe drinking water and invest in water and sanitation infrastructure, noting the close correlation between the rights to water and sanitation, and the right to health. 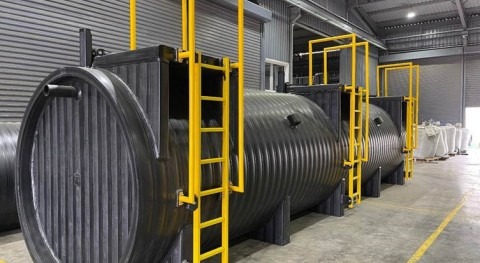 Let’s stop the perennial flooding by effectively utilising the budget 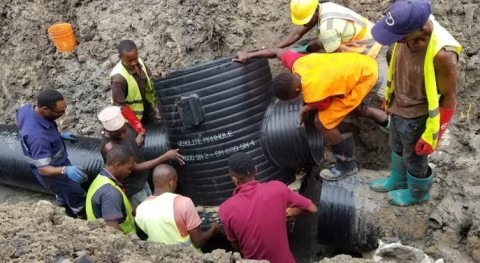 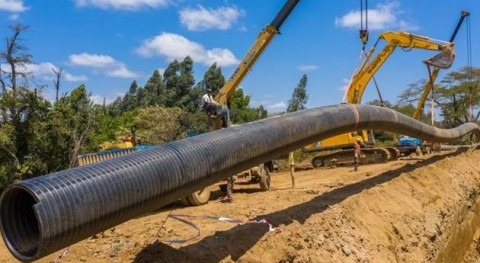 Open drains and the devastating repercussions in vulnerable areas 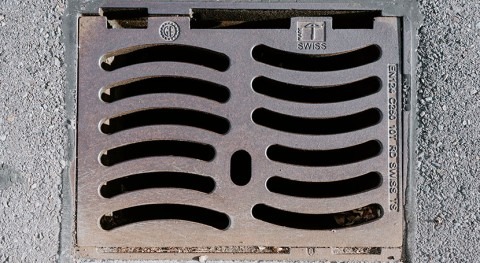