As we approach summer beach season, you may occasionally encounter a "keep out" sign indicating that the area is temporarily closed. If fecal pollution is suspected, public health officials can run lab tests on water samples to check whether or not it's safe for people to swim in the water.

Despite the many lab methods available for health officials, the results are not always consistent. To help solve this issue, the National Institute of Standards and Technology (NIST) has collaborated with the Environmental Protection Agency (EPA) to develop a reference material—known as SRM 2917 Plasmid DNA for EPA-Developed Fecal Indicators—to help ensure more accurate results across the board for the methods public health officials are using.

"The key objectives for the development of NIST SRM 2917 were to help standardize the use of water quality monitoring methods across the nation and to develop a tool that can be used to establish method performance metrics," said EPA research geneticist Orin Shanks, who worked on the development of the SRM with NIST researchers. "The SRM can also help scientists, managers and the public evaluate the quality of measurements."

People exposed to fecal contamination, whether through skin contact or swallowing the water, can suffer anything from minor illnesses to potentially fatal diseases. Children, the elderly and those with compromised immune systems may be at a higher risk.

Designed to help mitigate this issue, NIST SRM 2917 contains 13 genetic markers—known DNA sequences—that can be used to identify a pollution source or estimate the concentration of fecal pollution in a sample. The SRM was constructed from a plasmid, a small, often circular DNA molecule found in bacteria and other cells.

Each genetic marker of the SRM functions with a specific qPCR method designed to characterize fecal pollution in a water sample. A qPCR assay—quantitative polymerase chain reaction—is a molecular test used to estimate a sample target DNA concentration that relies on a reference material to interpret results. Three of these testing methods are nationally validated by the EPA.

"This is a multiuse reference material. A future lab can use this SRM to help determine if water is safe to swim in and characterize what the sources are when there is fecal pollution," said Shanks.

What makes the SRM so novel is that all 13 genetic markers are on one physical piece of DNA, said NIST researcher Jason Kralj. This means that researchers can assess multiple qPCR method results from a water sample using one standard.

The SRM could be used to help minimize variability in water quality measurements between labs and assist in the process of lab accreditation, which indicates that a public health lab is running its tests correctly. Even though the SRM was developed for routine recreational water quality testing, it can also be used to support stormwater management, food production monitoring, wastewater surveillance and outbreak exposure route identification, said Shanks.

A national interlaboratory study was conducted during the development of the SRM. In the near future, NIST and the EPA will release the results of the study, which was designed to assess the performance of the SRM on a national scale.

"Looking down the road, it is likely that the success of this collaboration will lead to future collaborations focused on the development of new reference materials that support the implementation of methodologies designed to protect environmental health and natural resources," said Shanks. 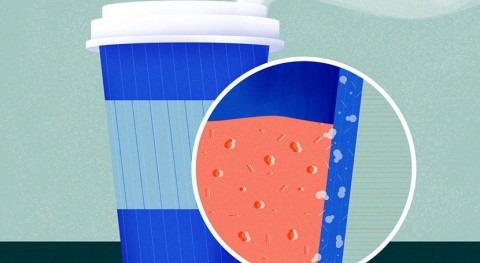