Dried distiller's grains with solubles, DDGS, are a product of corn ethanol processing that's commonly used as feed for cattle, swine and poultry. However, DDGS contains more phosphorus than the animals need. The excess ends up in manure and drains into watersheds, promoting algae production and eventually contributing to large dead zones in the Gulf of Mexico.

Removing excess phosphorus from DDGS before it becomes feedstuff could alleviate the problem. A new study by University of Illinois researchers considers the best way to remove phosphorus, which can then potentially be used as fertilizer for corn and soybean production. The paper is published in Cereal Chemistry.

"A lot of phosphorus is in the corn itself," says Vijay Singh, the study's co-author. Singh is an agricultural and biological engineer at the university.  "When corn is processed, you get different products. Some of it is fed in animal diets, which already contain plenty of phosphorus. So, the additional phosphorus comes out in the manure and leaches into the groundwater."

"We asked, can we do something in the process itself to recover this phosphorus, and put it back on the land as fertilizer? It's like a circular economy."

The project is funded by a National Science Foundation grant under the Innovations at the Nexus of Food, Energy and Water Systems (INFEWS) program.

Ankita Juneja, an agricultural and biological engineer, is the study's lead author. She says that the researchers first looked at how phosphorus flows through a production facility.

They were able to recover 80% to 90% through a simple process, followed by stirring the product for five minutes in a continuous stir reactor. The investigators are working with three refineries in the Upper Sangamon Watershed. In this watershed, Juneja says, there are several processing plants because Illinois is home to significant bean and corn processing.

"INFEWS research has been critical to advancing our nation's ability to address growing demands for food and energy while also protecting our water resources," says Laura Lautz, a program director in NSF's Division of Earth Sciences. "This research is an important step in mitigating the potential impact of corn ethanol processing." 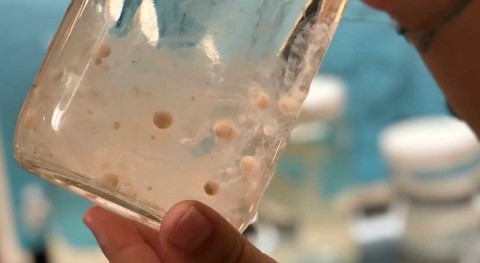 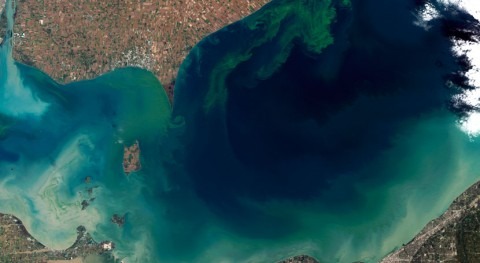