The House last week approved legislation to fund the replacement of up to 10 million lead water distribution pipes nationwide.

A letter signed by over 100 organizations from communities across the country urged Congress to adopt this important amendment.

The following is a statement by leaders from communities impacted by unsafe drinking water and Erik D. Olson, senior strategic director for health at NRDC (Natural Resources Defense Council):

"This legislation is especially crucial now, when disadvantaged communities are presented with so many challenges. By addressing a major problem with our infrastructure--the need for full lead service line replacement--it will help move us towards ensuring a basic human right: clean water,” said Yvette Jordan, a Newark, NJ public school teacher and Chair of the Newark Education Workers Caucus, which is suing the City of Newark and New Jersey state officials over lead levels in drinking water.

“Michigan needs federal infrastructure funds and jobs to ensure our water is lead-free without adding to the water affordability crisis. Detroit alone has an estimated 125,000 pipes containing dangerous lead. Reps. Tlaib, Kildee and Slotkin's amendment will take an important step towards saving future generations from the health effects of lead in drinking water and reducing the affordability burden,” said Sylvia Orduño, a community organizer with Michigan Welfare Rights Organization and the People's Water Board Coalition.

“Lead water pipes are a scourge from another century that continue to damage children’s brains and steals their potential to live their best possible lives. We owe it to the next generation and families who expect safe water from their faucets to stop contaminating drinking water with poison,” said Erik D. Olson, senior strategic director for Health at NRDC (Natural Resources Defense Council). “The amendment’s sponsors should be commended for recognizing this ongoing disaster, and members who voted for it deserve credit for taking steps to help prevent the Flint water tragedy from happening again in another community,” Olson said.

There are 6 to 10 million lead service lines (the pipes that run from the water main in the street to peoples’ homes) still in use in every state, the District of Columbia, and Puerto Rico, serving a total of up to 22 million Americans. An analysis by NRDC’s Dr. Kristi Pullen Fedinick found that tens of millions of Americans are served by water systems violating Environmental Protection Agency rules intended to reduce lead levels in drinking water.

Drinking water from these sometimes century-old pipes is like drinking from a lead straw. The only way to ensure that lead contamination doesn’t get into tap water from these pipes is to pull them out of the ground and replace them. While that’s not cheap, it’s doable and very important to protecting children’s health. The American Academy of Pediatrics, Centers for Disease Control and Prevention (CDC), and many others point out that there is no known safe level of lead exposure, so experts have long urged that lead levels in drinking water be reduced. 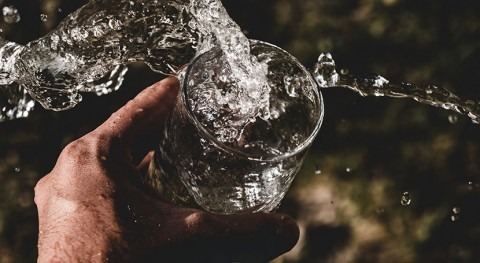