General39
OECD
The mission of the Organisation for Economic Co-operation and Development (OECD) is to promote policies that will improve the economic and social well-being of people around the world.
TwitterFacebookLinkedInYoutubeWeb

The OECD Water Governance Initiative (WGI) is delighted to welcome Barbara Pompili, Member of the French Parliament and previously Minister for Ecological Transition, as its new Chair for the 2022- 24 period. Since its inception in 2013, the WGI has worked as a global multi-stakeholder network of 100+ policymakers and experts from the public, private and civil society sectors, to improve water governance as a means to achieve sustainable development and growth in OECD member and partner countries.

Lamia Kamal-Chaoui, Director of the OECD Centre for Entrepreneurship, SMEs, Regions and Cities, which hosts the Secretariat of the WGI, said, “It is our pleasure to have Barbara Pompili as the new Chair of the WGI. She brings excellent understanding of how to design and implement effective, inclusive and place-based climate-related policies, from water to urban development and biodiversity, which are at the core of our mandate”

Barbara brings 20 years of experience in environmental policy and sustainable development to the WGI. As a Member of Parliament for the 2nd district of the Somme in the National Assembly of France since 2012, she has taken on various responsibilities, notably as Head of the Sustainable Development Commission and Co-Chair of the Green Party. Barbara was appointed Secretary of State for Biodiversity in 2016 and Minister for Ecological Transition with a large portfolio (including water, climate and energy, among others) in 2020. Within President Macron’s first mandate, she spearheaded both the Biodiversity and Nature Bill (2016) and the Climate and Resilience Bill (2021).

At international level, Barbara holds significant experience representing France in multilateral fora at ministerial level, including at COPs, One Planet Summits, as well as among UN bodies and the OECD. More recently, as President of the Energy and Environment Council under the French presidency of the Council of the European Union, she successfully facilitated intergovernmental negotiations on certain key measures towards the implementation of the European Green Deal.

Barbara Pompili said, “I would like to thank the OECD Water Governance Initiative for placing its trust in me and I will strive to put my experience at its service. This multi-stakeholder network, its ability to tackle essential issues, the diverse composition of its Steering Committee – especially the involvement of both private actors and prominent NGOs committed to transparency and advocacy for the most marginalised – reflect my deepest personal values. The international water agenda during my mandate (2022-2024) is particularly rich, with the UN Water Conference in 2023 (New York City, US) and the 10th World Water Forum in 2024 (Bali, Indonesia) ahead of us. The OECD WGI has a pivotal role to play to raise the profile of water governance as a key tool to achieve water security for all.”

The outgoing Chair of the WGI, Peter Glas, Delta Programme Commissioner of the Netherlands, has served the Initiative since November 2013 and chaired 15 of its meetings. As Chair, Peter Glas championed amongst others the design and adoption of the OECD Principles on Water Governance (2015) and their indicator framework (2018) alongside a dedicated OECD review on Water Governance in the Netherlands (2014). Glas continuously advanced significant water-related thematic priorities within OECD fields of work, including adaptation to climate change, flood risk governance, urban resilience and circular economy.

Peter Glas said, “It has been my pleasure and an honour to serve, for the past nine years, as the Chair of the OECD WGI. From the first plenary I presided over in October 2013 up to the 17th plenary in The Hague, I have been impressed by the dedication of the WGI Steering Committee, members, and Secretariat. I thank countries, cities and regions that have actively engaged in WGI activities, policy dialogues, publications and case studies; I am now pleased to hand over the baton to Barbara Pompili, and am confident that the WGI’s work will continue to resonate going forward” 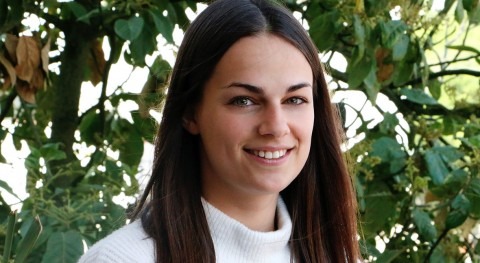 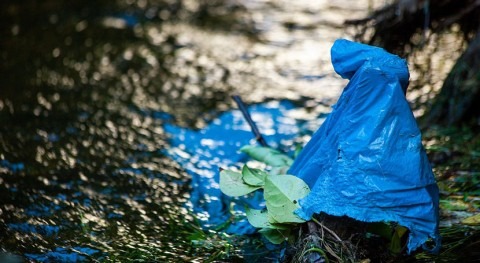 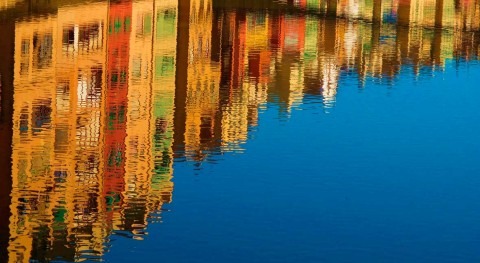 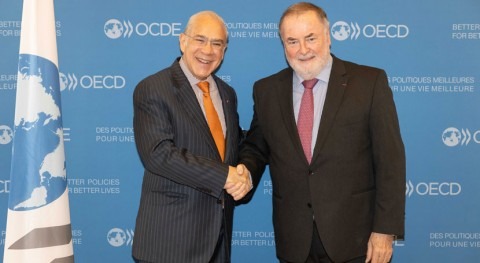 A. Akhmouch: "The gap in the water sector is both a cause and an effect of the general gender gap" 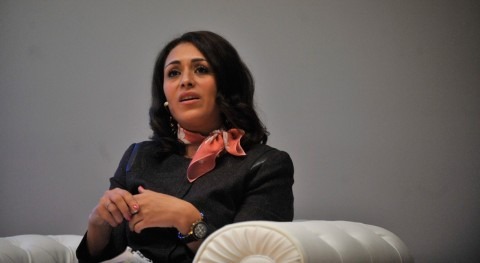