More than 800 million people lack access to clean and safe water. Recent advances in water filtration technology have created new ways to filter water and make it drinkable, but many of these applications are too costly and cumbersome to be used in remote parts of the world. Reverse osmosis, for example, can make sea water drinkable, but the process is incredibly expensive and requires a large amount of energy.

A new study from the lab of Chinedum Osuji describes a novel way to create nanoscale water filters that are flexible and robust, and even have antimicrobial properties. Postdocs Xunda Feng, now at Donghua University, and Yizhou Zhang and graduate student Qaboos Imran are the co-first authors of this paper. Their work was published in Science Advances.

When designing a nanoscale filter, engineers usually start with something that resembles a microscopic strainer or a sieve. Water travels through individual holes that are spread along the strainer and are held together by a solid material that fills the space around them.

Osuji’s group, which includes experts in modifying the chemistries of block polymers, large chains of molecules with large “blocks” of repeated sequences, found something unexpected while studying another similar material. Their discovery led them to “inverting” their design strategy: Turning the “holes” of the strainer into solid fibers, leaving the previously solid portions of the structure open.

“But if you then take a material like this, why won’t these fibrils just float apart?” Osuji asks. The group recognized that the material was comprised of something akin to a complex mesh of interconnected threads, or fibers, but with the important distinction that the space between the fibers was explicitly defined by the structure of the molecule that made up the fiber. They realized that the fiber’s seemingly random “topological interconnectedness” held the structure together while still allowing water to flow through. 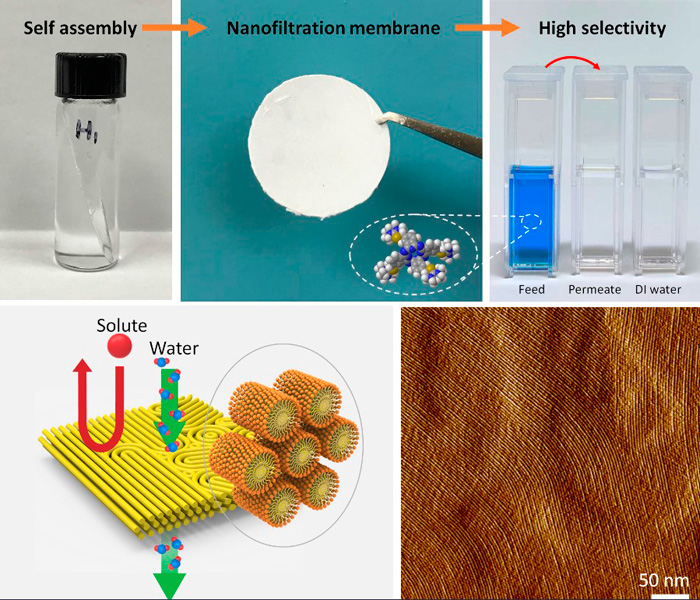 A diagram of how the nanofilters are made (top panel) and their microscopic structure (bottom panel). After the polymer molecules self-assemble in solution (top left), the selectivity of the nanofiltration membrane (top middle) was tested by measuring its ability to remove dye (top right). An illustration (bottom left) shows how the fibers of the nanofilter remove contaminants from water, with its mesh-like patterns clearly visible using atomic force microscopy. (Image: Xunda Feng)

Using this novel “inverted” approach, the group created and tested membranes, bringing ideas to life by combining unique nanostructures devised by Feng using methods for fabrication and characterization developed by Imran and Zhang. Zhang, who has expertise in the area of membrane fabrication, joined the group soon after Osuji came to Penn last fall, and Zhang played a key role in collecting critical transport data.

“Historically the group’s expertise has been in manipulating and characterizing the structure of materials, and we didn’t know how to translate that into a real working membrane,” says Imran. “We had a proof-of-concept, but it took us some time to make it a reality, to get to a point that both the membrane community and the materials community can appreciate. ”

When designing a nanoscale filter, engineers usually start with something that resembles a microscopic strainer or a sieve

The material, similar in composition to polymers previously used in hard contact lenses, was also engineered with cross-links between individual fibers to add support to the material. The polymer also includes chemical structures that give the filter antimicrobial properties, meaning that the material won’t become clogged by bacteria during water purification.

The group is now studying new processes to make the material so it can be thin enough to fit within the existing nanofiltration workflow. They also see this approach as useful for future applications beyond water filtration. “At the end of the day, this is a precisely structured porous material with versatile surface chemistry, so you could imagine many applications,” says Imran. “It can be a membrane in a fuel cell or in a battery.”

For Zhang, the impact of their latest study comes from what they learned about the material itself in the process of characterizing it. “This is a new nanostructure for membranes, and it’s exciting to have proposed it and demonstrated its utility. It’s also exciting because the structure can be leveraged in applications beyond nanofiltration,” he says.

Osuji is also eager to see how their unique, inverted approach might be used in the future. “On first inspection, it’s this unexpected idea that you can make membranes using this sort of approach. Once you understand that, you can just change the chemistry, target different applications, so I hope that others will follow this approach,” he says.

In terms of water purification, Osuji hopes to see nanofiltration become more widely adopted as a way to remove harmful chemicals without the costs associated with other techniques. “Reverse osmosis is highly developed and very efficient at removing all but the most challenging contaminants, but there are places where it is not cost effective, such as in the treatment of brackish water, treatment of industrial wastewater before discharge, or water softening. There is a possibility to push these new membranes into those regimes,” he says. 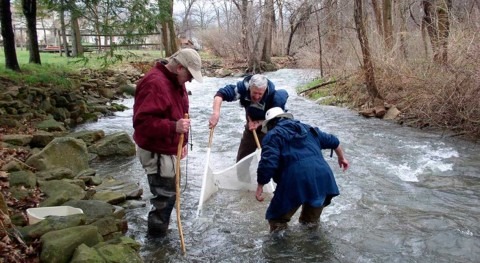 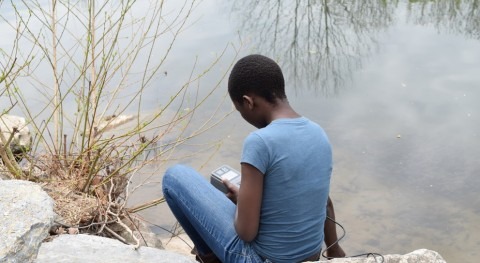 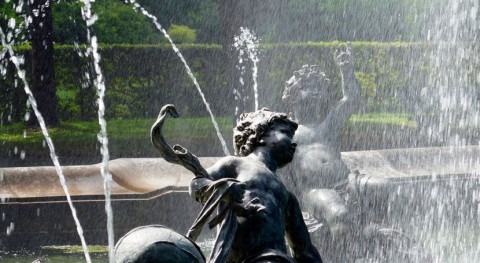 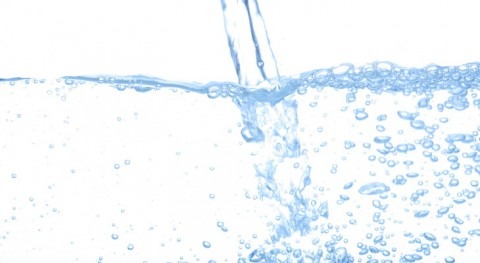 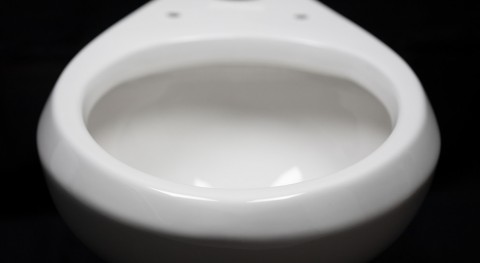 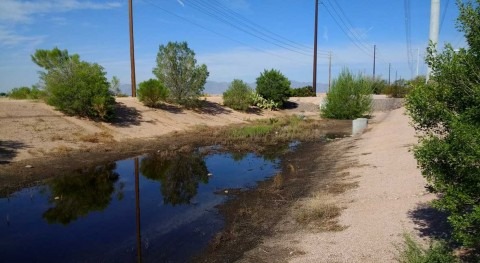 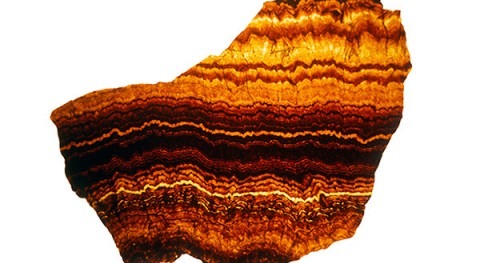 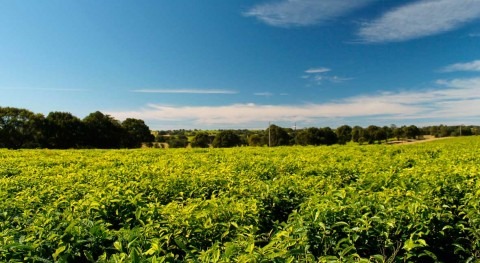 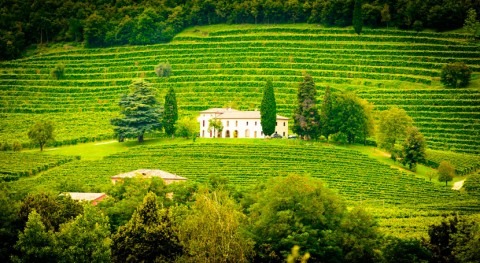 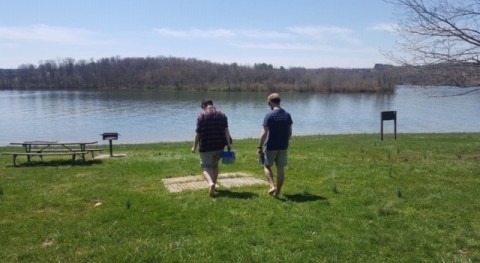 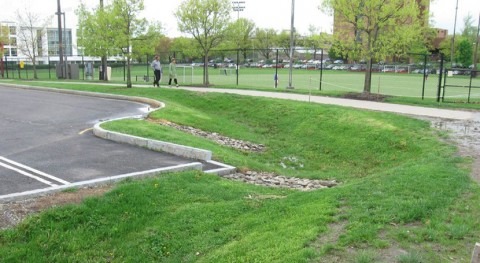 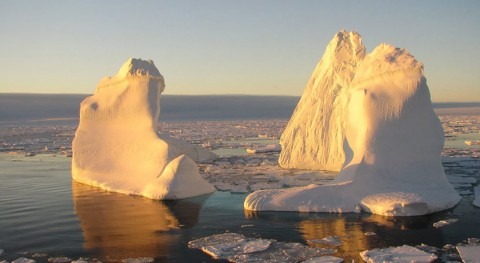 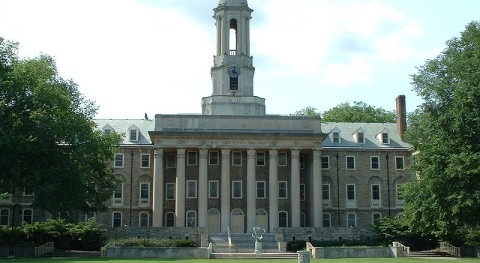