Portland State University
We are Oregon's most affordable public research university, located in the heart of one of America's most dynamic cities. Our mission to "let knowledge serve the city" reflects our dedication to turning ideas into action.
TwitterFacebookLinkedInYoutubeWeb

It took two years and $11 million, but eventually ranchers, politicians and scientists came to a consensus about how to prevent flooding in Tillamook, a coastal Oregon town. A recent study by Portland State University researchers examining the social factors involved in this decision-making process showcases how environmental justice can be served when affected parties have a seat at the table. The study was published in the journal Natural Hazards and was funded by the Oregon Sea Grant.

For this study, Melissa Haeffner, assistant professor of environmental science & management, and PhD candidate Dana Hellman interviewed people involved in the decision to see how they came up with a plan to stop flooding while balancing the needs of individual people and protection of both society at large and the environment.

Tillamook sits at the confluence of five rivers that merge as they run off into the ocean. Heavy rains in the coastal mountains cause these rivers to flood, especially at high tide when water is also pushing up from the ocean.

“All of that flood water has to go somewhere,” says Haeffner.

With flooding becoming more frequent and more hazardous at a particular site in Tillamook, something had to be done.

“You can't stop flooding from happening, but you can try to get the water out so it's not standing and destroying buildings, Highway 101 and other infrastructure,” says Haeffner. The goal was to come up with a flood mitigation strategy that was sustainable both for the environment and for the people living near the site.

However, in the past, federal agencies made decisions about flood mitigation without consulting local people, leaving ranchers from Tillamook dairy farms feeling disenfranchised.

“There was a strong opinion among locals that a lot of federal money was going into these large projects and the money was being wasted,” says Haeffner.

To prevent a similar scenario, then-Oregon Governor John Kitzhaber brought in Oregon Solutions, a third-party mediation group based at PSU, to facilitate a collaborative decision-making process.

Haeffner found that in addition to instilling trust among the various stakeholder groups, a crucial part of the process was making sure that all parties understood the science underlying the flooding and the potential strategies for stopping the floods.

No matter what strategy was implemented, two landowners would have to lose some of their land for any flood mitigation strategy to work. This was a potential problem because these landowners were members of the Tillamook Dairy Co-op, which has a policy that prevents ranchers from giving up land. Thus, impacted ranchers had to convince others in the co-op that some land loss was necessary to stop the flooding.

“One of the ranchers that I talked to felt like he should have a PhD in hydrology right now because he had to get up, milk the cows, do his ranching and then, at the end of the day, he would study the plans,” says Haeffner.

In fact, because the impacted ranchers understood the science so well, they were able to come up with their own flood mitigation proposal that participants eventually agreed upon.

“It ended up being called a land owners alternative, and they completely reversed the power dynamic from the top down,” says Haeffner. The ranchers received compensation for their land, which became an ecologically restored salt marsh that helps prevent flooding.

“What I found most interesting was that most people thought it was a success,” says Haeffner. “From my studies, all over the world, I've never seen that before.”

The entire process took two years of deliberation, weekly or biweekly meetings between local residents, state agencies, and federal agencies as well as the involvement of the Governor.

According to Haeffner, this case study shows just how much time, effort, and even money it takes to undo decades of harm and distrust between groups.

“That the project cost over $11 million and took two years of intensive dialogue to get to a place where landowners regained some decision-making power — procedural justice — shows exactly what we are up against when we think about truly social sustainability,” says Haeffner. “And if this is what it took to make transformative change in this community, just think of what we have to do to realize environmental justice and regain trust in our most vulnerable communities.”

But the fact that transformational change was possible in this situation is equally important. “This case study also offers a ray of hope — that it can be done,” says Haeffner. 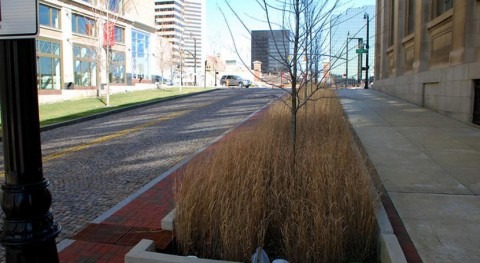 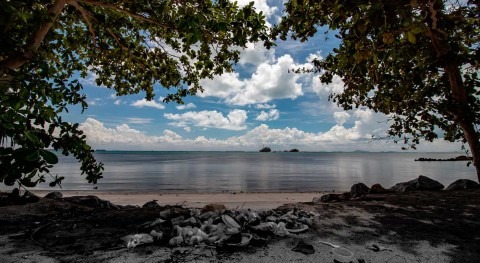