The Santa Ana Regional Water Quality Control Board released a revised Tentative Order permitting the operation of the proposed Huntington Beach Desalination Project. The Regional Board is tentatively planning to consider adoption of the permit this coming April.

The Regional Board held three public hearings in July and August 2020 to consider the staff-recommended amendment and renewal of the Project's permit, which was first adopted in 2006.  The Regional Board requested at the time that Poseidon and its staff work together to amend plans to mitigate the Project's unavoidable marine life effects.

The revised Tentative Order incorporates Poseidon's proposed Enhanced Coastal Habitat Restoration Plan which nearly doubles the number of mitigation projects from three to five including four projects inside the Bolsa Chica Wetlands and provides a four-fold increase in restored habitat acreage from 21 acres to 84 acres. Poseidon's proposal also includes accelerating its financial obligation for the preservation of the Bolsa Chica Wetland's ocean inlet, a condition that could save the state taxpayers $28 million, as well as enforceable financial assurances and stipulated financial penalties if the remaining habitat restoration projects are not developed in a specified period of time.

"The development of Poseidon's Enhanced Coastal Habitat Restoration Plan was a collaborative effort with state agency staff," said Poseidon Water Vice President Scott Maloni.  "The suite of projects ensures the desalination facility will be responsible for preserving, enhancing and restoring valuable coastal habitat, including the largest wetlands complex in Southern California, that serves as a critical bulkhead in combating the effects of climate change on coastal Orange County.  The suite of projects is responsive to the Regional Board's direction and reconciles Water Board and Coastal Commission marine life mitigation requirements by including restoration of an offshore rocky reef," said Maloni.

In addition to increasing the number of coastal habitat restoration projects and restored habitat acreage, Poseidon is also proposing to accelerate the timing of its commitment to assume responsibility for preserving the Bolsa Chica ocean inlet to within 12 months after securing project construction financing, rather than prior to discharge as currently conditioned in the earlier 2020 draft permit. Poseidon's early obligation is possible because the Bolsa Chica ocean inlet preservation activities are a permitted and ongoing operation today.

Because coastal habitat mitigation projects in California can take over a decade to permit, under Poseidon's proposal the company would assume responsibility for Bolsa Chica Wetland's ocean inlet preservation at least 14 years earlier compared to the condition in the 2020 draft Tentative Order that prohibits Project operation until all the coastal habitat restoration projects are permitted and implemented. The previous 2020 permit condition would leave the State of California in the difficult position of having to find $2 million per year to continue the maintenance dredging or accept the decline in the health and vitality of the largest marine estuary in Southern California.

Finally, Poseidon's plan includes a permit condition that ensures it takes all reasonable steps to finalize the remaining four habitat restoration projects' implementation plans and secure approvals and permits prior to the facility's commercial operation in accordance with a specific schedule identified in the permit.  Poseidon's proposed plan includes posting financial assurances and agreeing to pay stipulated financial penalties to ensure the restoration project requirements within Poseidon's control will be satisfied consistent with the schedule.

The California Ocean Plan Amendment ("OPA") recognizes that the development and permitting of coastal habitat mitigation projects is a complex process that can take a decade or longer.  Therefore, the OPA requires that a desalination facility's marine life impacts be mitigated for a period commensurate with its operating life (e.g., 30-50 years) but not necessarily concurrent with the facility's operating life.  There is no precedent for a California regional water quality control board to require mitigation projects to be fully permitted or implemented prior to a facility's operation, and the information provided to the Regional Board by Poseidon confirms such an unprecedented condition would render the Project infeasible.

"Poseidon shares the Regional Board's desire that the restoration projects are implemented in a timely manner and the permit's mitigation conditions are strictly enforceable," continued Maloni.  "The permit condition proposed by Poseidon achieves this goal while ensuring the Regional Board approves a legally defensible permit for a feasible project that can move forward in the state's permitting process and be successfully financed in a reasonable period of time. Conditioning the permit so that the facility could not operate prior to securing mitigation project permits would delay Poseidon's ability to secure construction financing by over a decade," closed Maloni. 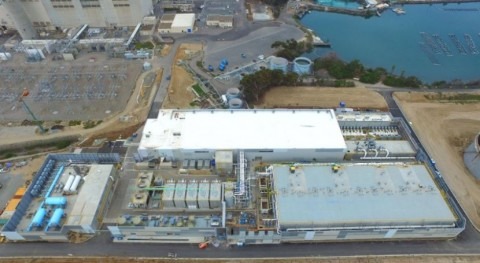 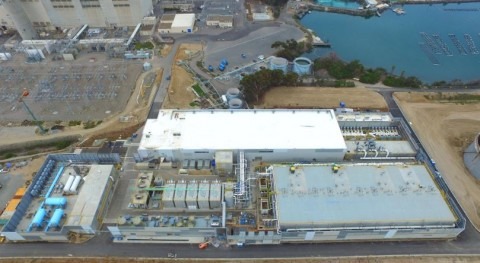 A naturally inspired, reusable system that purifies water and builds itself
END_OF_DOCUMENT_TOKEN_TO_BE_REPLACED