A unique project to protect Bacton Gas Terminal and nearby villages in the United Kingdom is reaching an important milestone this week, as work begins to place 1.8 million cubic metres of sand on the North Norfolk coast to delay coastal erosion that is threatening communities and businesses. Royal HaskoningDHV initiated and designed the sandscaping scheme, which provides a solution for a problem that was seen as unsolvable.

The ‘sandscaping’ initiative is inspired by a proven method first applied by Royal HaskoningDHV in the Netherlands for coastal management; but this is its first application in the UK, and even the first outside the Netherlands.

The project was initiated after a major storm surge in December 2013 that caused cliff erosion and nearly halved the remaining buffer near the nationally significant Bacton Gas Terminal, while also causing severe flooding in the neighbouring villages.

Sandscaping involves a large ship pumping sand from the seabed from licensed dredging areas, sailing back to Bacton where the sand is nourished onto the shore and positioned by bulldozers. The sand will substantially increase the height and width of the beaches. Waves and tides will help distribute the sand along this part of the coast so that it gradually moves from the initial bulge at the terminal to the villages. This natural defence will protect the coast from erosion in the event of major storm surges in the future. In addition to keeping the neighbouring communities safe, the scheme re-creates the dry beaches that the area used to have, while also creating dunes to enhance biodiversity. 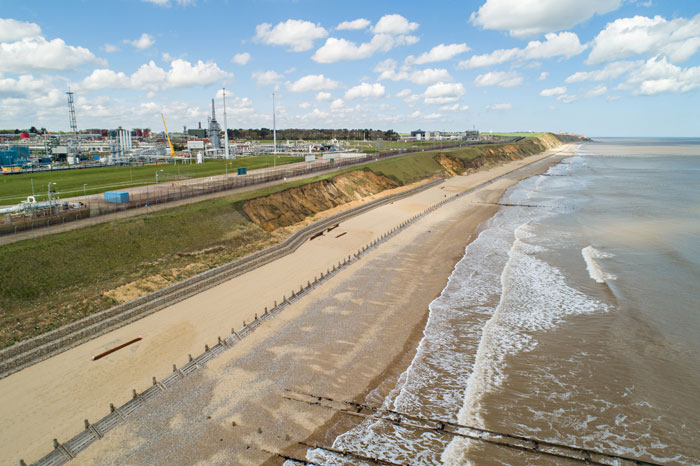 The project is the culmination of close collaboration between numerous stakeholders, including gas terminal operators Shell and Perenco, North Norfolk District Council, Royal HaskoningDHV, the Environment Agency and The Crown Estate.

Cllr. Sarah Bütikofer, North Norfolk District Council’s Leader, said: “It’s incredibly exciting to see this project come to fruition. Protecting local homes, communities, businesses and nationally important infrastructure from the full force of the North Sea, this innovative Scheme, and a prime example of engineering with nature, has been designed to address the real threat of coastal erosion and its devastating impact which here in North Norfolk we are all too familiar with.”

Jaap Flikweert, Flood and Coastal Management Advisor at Royal HaskoningDHV said: “Not only was it essential to protect an important source of natural gas for the UK, but there are 2,000 people in the nearby villages living with the threat of losing their homes and communities. Sandscaping works with natural processes on a major scale to halt coastal erosion and actively restore the beaches in this picturesque part of the country. This flagship project is set to inspire many more applications of sandscaping in other locations across the UK and elsewhere.”

The sandscaping work is scheduled to finish mid-August. 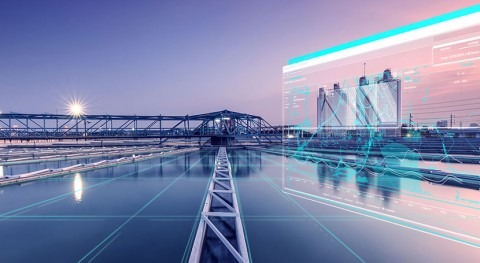 Webinar: 'An introduction to the virtual operator' 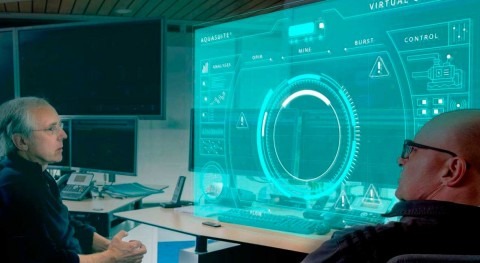 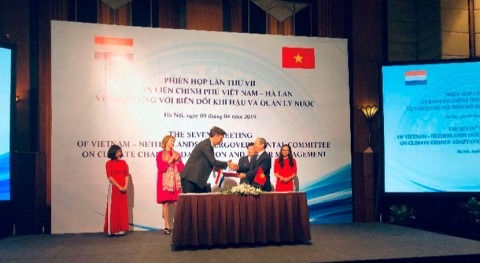