Women dashed around open kitchens dotted across the playground of Bubango Primary School, preparing to feed the hundreds of children who now call the school in western Kenya their home.

About 400 families from Budalangi, in Busia County, have been living at the school since April, when the Nzoia River that flows from Kenya's western highlands into Lake Victoria burst its banks in the worst flooding the area has seen in decades.

After more than a year of unusually heavy rainfall, over 800,000 Kenyans have been displaced by flooding, according to the government.

The situation has been made worse by flooded rivers channelling huge volumes of water into Lake Victoria, Africa's largest lake, causing it to spill over onto its shores - a phenomenon called "backflow".

"We lost everything when our homes got inundated with water. Houses have been destroyed, livestock and crops swept away," said Hesborne Opondo, 45, who lost his shop to the rising lake.

His wife now sells flatbread to others living at Bubango school to support their six children, he added.

Scientists warn that other massive flood events may be ahead as climate change strengthens, and some have urged the three countries that share the lake - Kenya, Uganda and Tanzania - to work together to put systems in place to lessen flood damage.

"There should be a joint effort in dealing with disaster management and preparedness in the lake region," said Alfred Owuor Opere, a climate and water expert at the University of Nairobi.

Management of the dams that regulate the flow of water into Lake Victoria should especially be a regional concern, as the area is expected to receive enhanced rainfall in future, he added.

While Budalangi is no stranger to flooding, in recent years the damage has been limited by two dykes the government built 20 years ago along the Nzoia River and on the southern shore of Lake Victoria, according to local elders.

But this year, the dykes could not contain the flooding - the most severe the area has seen since the 1960s, say experts, who attribute it to a combination of climate change and the erosion of shores by urbanisation and farming.

A year of extraordinarily heavy rains, which started in April 2019 following a drought, pushed the lake's water level up to 13.4 metres (44 feet) in May, breaking the previous 1964 record, according to the Lake Victoria Basin Commission.

In normal years, the lake has an average level of 12 metres.

While the waters that burst from the Nzoia have started to recede, the backflow from the lake is still flooding surrounding areas, residents said. 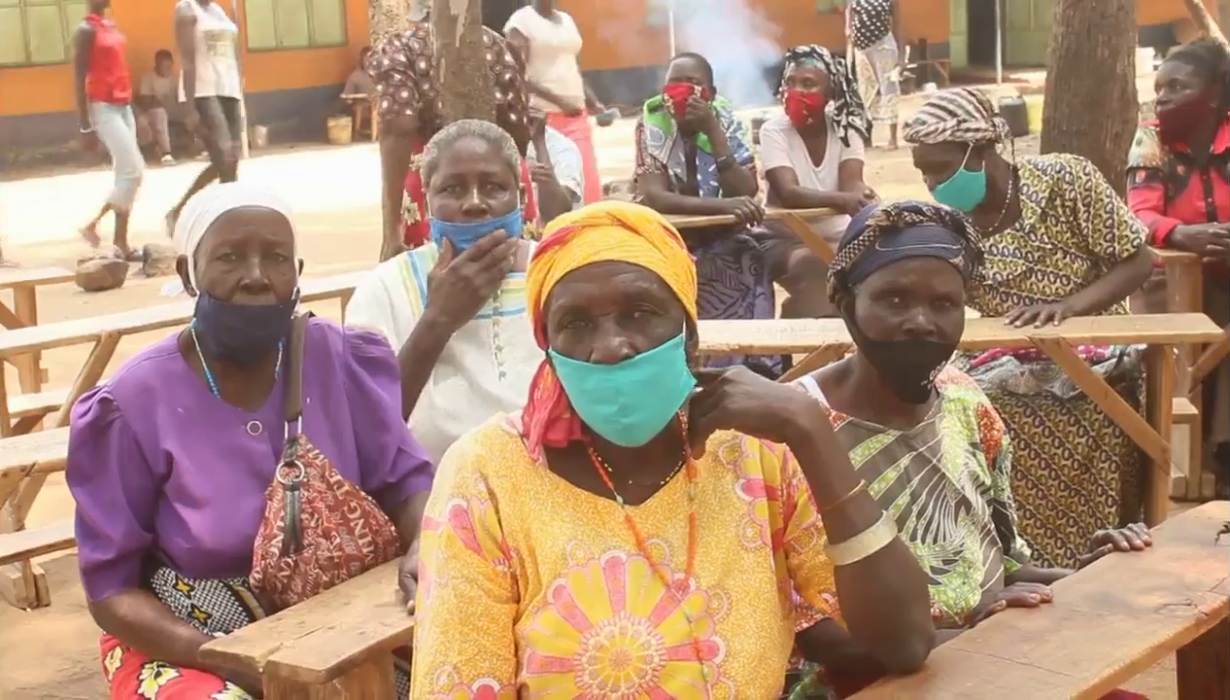 With climate change likely a major contributor to the recent flooding, the nations around Lake Victoria must work together to tackle the problem, said Joseph Awange, a professor of earth sciences at Curtin University in the Australian city of Perth.

"Engineering measures such as damming and planting trees to regulate the use of water could be considered," he told the Thomson Reuters Foundation in an email interview.

Uganda, where Lake Victoria feeds into the Nile River, is seen as a key player in preventing flooding in the region, he noted.

Since its construction in 1954, Uganda's Nalubaale dam has controlled the flow of water out of Lake Victoria into the Nile, in line with a treaty between Uganda and Egypt, he explained.

If the water in the dam rises above a certain level, Uganda must release some to maintain the natural flow of the Nile.

In June, Raphael Wanjala, a member of parliament for Budalangi, called on the East African Legislative Assembly to intervene and urged Museveni to complete the ongoing construction of another dam along the Nile.

But Sam Cheptoris, Uganda's environment minister, told media in May that the rapid rise of Lake Victoria was due to a mix of environmental degradation, poor land use practices and urbanisation that has stopped the ground absorbing rainfall.

These factors resulted in the "speedy movement of water into the lakes and rivers" feeding into Lake Victoria, he said.

George William Omony, a senior meteorologist at the Uganda National Meteorological Authority, said that above-average rainfall plays a major role in causing backflow but the phenomenon has been amplified by human activities.

He pointed to the growing number of villages and farms on Lake Victoria's shores, which are protected areas where human settlement and farming is prohibited.

When forests along the rivers that feed into the lake are cleared for farming, they lose trees whose roots hold onto soil and minimise the amount of mud and silt that end up in rivers.

When rivers become silted, they can hold less water before overflowing or pushing it back into the lake, he explained.

He and other climate experts said the recent extreme flooding is linked to a cyclical process of drought and heavy rainfall that happens in the Lake Victoria area every 50 years or so.

"While it is difficult to tell when the cycle will repeat, the chances of it happening again are high," Omony added. 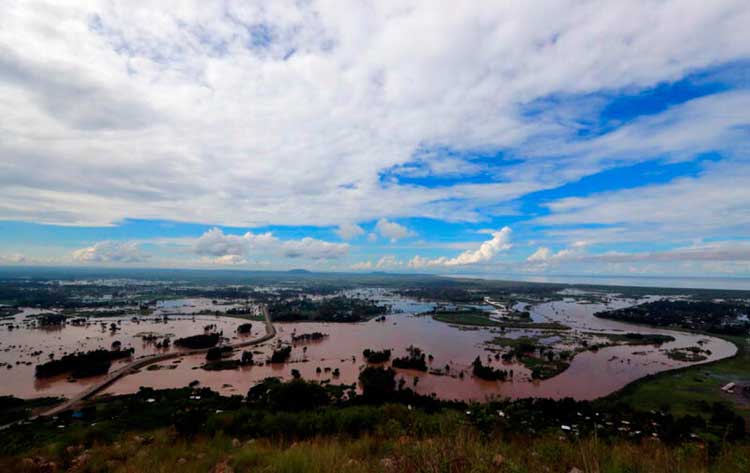 An aerial general view shows flood waters near the Sigiri bridge after the River Nzoia burst its banks and due to heavy rainfall and the backflow from Lake Victoria, in Budalangi within Busia County, Kenya May 3, 2020. REUTERS/Thomas Mukoya

Opere, at the University of Nairobi, said Lake Victoria communities and the government could also work together to reduce the risk of backflow and flooding.

He suggested planting trees along rivers and building channels to carry floodwater away from the lake and into water pans and reservoirs to use for livestock and irrigation.

He also stressed the importance of dams in regulating the amount of water flowing into Lake Victoria.

Plans by Kenya's government to build major dams to curb flooding along the Nyando, Nzoia and Yala rivers - the first of which is due to start construction on the Nyando in September - will help protect and support local communities, he added.

Government officials have said residents will be allowed to fish in the water behind the dams and use it for domestic and agricultural purposes.

"The dams will have a huge impact in reducing this flooding menace around the lake while providing economic opportunities for people living in these areas," Opere said.

Trends in AMI for 2022: from meters to business intelligence
END_OF_DOCUMENT_TOKEN_TO_BE_REPLACED