Unlike many of the viruses we routinely encounter, SARS-CoV-2 has a long incubation period. People can be infectious for nearly a week before symptoms appear and prompt them to get tested. Others don’t develop symptoms at all.

But these silent infections may still leave a telltale signal whenever we flush our toilets. Researchers working in Patricia Holden’s lab at UC Santa Barbara’s Bren School of Environmental Science & Management are working on techniques to use wastewater to monitor infection rates in the local community.

“There’s a lot of information in wastewater,” said Laurie Van De Werfhorst, a senior staff scientist in the Holden lab. “What we eat, any drugs we take, these things get excreted through your body and enter the wastewater stream.” That means a sample of the wastewater flowing into a treatment plant can provide scientists with a snapshot of what’s happening in the population served by that facility.The idea of sewage surveillance has gained traction among researchers and public health officials worldwide. In fact, scientists across the globe are discussing their methodologies in an effort to develop a set of best practices. 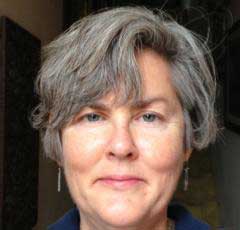 Van De Werfhorst and her colleagues are looking for the genetic signature of the virus, SARS-CoV-2 in wastewater. The team specializes in environmental water quality, focusing on the Santa Barbara area, especially in surveying water for signs of pathogens. The only difference in this case is that coronaviruses use RNA, rather than DNA, as their genetic code.

In mid-April, the researchers began collecting and processing samples weekly from​ El Estero Water Resource Center in Santa Barbara and the Montecito Sanitary District wastewater treatment plant. Due to the nature of their work, the campus’s Office of Research has allowed them to continue during the campus-wide research shutdown.

The team plans to begin analyzing samples soon. “We hope to have data in hand this summer,” Van De Werfhorst said.

The researchers have two main goals for this stage of the project. First, they want to develop an understanding now of how this virus is circulating in the community. Second, they want to build capacity for the future. Ideally, they’d like to be able to quantify changes in the wastewater’s viral load over time and see how this change relates to the number of people testing positive for COVID-19. 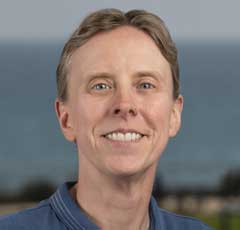 In theory, wastewater monitoring should be able to detect trends before hospitals can because people will shed viruses during the incubation period, before they think to go to the hospital and get tested. “Hopefully, if everything works this can be used as a tool to inform local agencies so that they can make decisions,” said Van De Werfhorst.

This is only the first part of a two-project effort that Holden and her colleagues have planned. The initial phase is supported by the Associated Students’ Coastal Fund, and will continue through June. The team is working on securing funding to expand their research into a monitoring project that spans other regional wastewater treatment plants and facilities.

“We want to have processes in place and understand how to do this before the predicted second wave of COVID-19 hits this fall,” Van De Werfhorst said.