More than 2,500 Libyans have been forced to flee their homes after heavy rainfalls caused severe flooding in the town of Ghat, some 1,300 km south-west of Tripoli. The rains, which started on 28 May, have already claimed the lives of four people, while thirty more are injured. UNHCR, the UN refugee agency, is rushing aid to the area.

Many have been forced to move in with relatives, while others are sheltering in makeshift sites, such as schools and other community structures.

Rising floodwaters have caused severe material damage. Several main roads are blocked and damaged. Ghat’s only hospital has been flooded.

The telecommunications network has been disrupted for days. In some areas, houses and crops have been destroyed. People reliant on their farmland as their sole source of income are set to face major challenges ahead.

All 20,000 of Ghat’s inhabitants are now in need of humanitarian support. Shelter, food and basic items are urgently needed.

UNHCR’s local partner, LibAid, is on the ground and has made preparations to receive the relief items and swiftly organise distributions to the affected population.

Further rainfall, albeit of reduced intensity, is expected in the coming days, worsening the challenges and risks.

UNHCR’s response is being carried out together with the Libyan authorities, UN agencies and other humanitarian partners as part of the Emergency Cell activated by the municipality of Ghat. 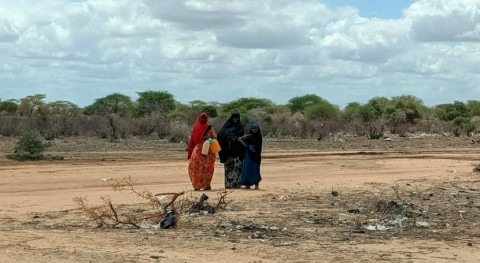