Preventing the introduction of the mosquitofish and removing its population are the most effective actions to control the dispersal of this exotic fish in ponds and lakes, according to a study published in the journal Science of the Total Environment. Neither the presence of predators nor the degradation of the quality of water and natural habitat are a threat to this invasive species –from the Atlantic coast in North America- which competes against and moves local species away.

The new study, carried out in water ecosystems close to urban environments of the Barcelona provincial area, is signed by the experts Oriol Cano Rocabayera, Adolfo de Sostoa, Lluís Coll and Alberto Maceda, from the Faculty of Biology and the Biodiversity Research Institute of the UB (IRBio). 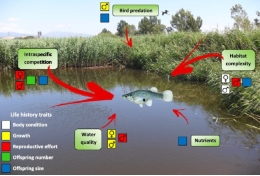 The mosquitofish is regarded as one of the most dangerous invasive species at a global scale.

The mosquitofish (Gambusia holbrooki) is an edacious exotic fish regarded as one of the most dangerous invasive species at a global scale according to the International Union for the Conservation of Nature (UICN). It was brought to Spain in 1921 for the biological control of mosquitoes –carrying diseases such as malaria- and is now included in the catalogues of exotic invasive species of the Ministry of Agriculture, Fisheries and Food and the autonomous communities.

This species is especially present in the southern-western areas of the peninsula, the Mediterranean coast and the Ebro basin. In general, it is found in habitats with warm waters, with a low or no flow and shallow waters –in general, wetlands and the shallow waters in rivers- and areas with agricultural activity or peri-urban areas affected by pollution. In the peninsular area, it is a competitive predator that has forced local species to move –such as the Spanish toothcarp (Aphanius iberus), the Valencia toothcarp (Valencia hispanica), the Andalusian toothcarp (Aphanius baeticus) and the three-spined stickleback (Gasterosteus aceulatus), apart from other amphibians and invertebrates.

Its high fecundity, sexual precocity, tolerance to environmental pollution and competitive superiority are “factors that make its monitoring more difficult if the only strategies to preserve biodiversity in the water ecosystem are based on the improvement of water or the natural habitat”, notes researcher Oriol Cano Rocabayera, first author of the article and member of the Department of Evolutionary Biology, Ecology and Environmental Sciences of the UB and IRBio. 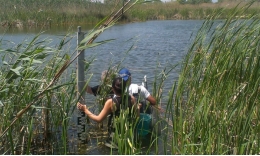 The new study analyses the most efficient strategies to control the spreading of this invasive fish in ponds and lakes.

Changes in water regime –building of dams, canalizations, etc.- favour the presence of certain exotic species –like the mosquitofish- that prefer water with low flow. In general, the restoration of the hydrological regime has the best strategy to control invasive species.

“However, preventing the arrival of these and removing the populations of mosquitofish in the available ecosystems are the most effective actions for their control. Nevertheless, their small size, the wide range of tolerance, their diet and connectivity of water ecosystems makes this control and their removal very expensive and difficult”.

The new study reveals that habitats with abundant water plants –for example, naturalized dams- and well-preserved environments improve the physical condition of mosquitofish. Therefore, the complexity of the habitat is a factor that brings more preys and shelter against the attack of the predators. “The mosquitofish’s survival in high salinity waters is difficult, and these waters are now the natural habitat where the Spanish toothcarp is limited to”, comments Cano Rocabayera. 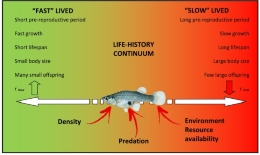 The new research highlights the risk of releasing exotic species in the environment.

The danger of releasing exotic animals in the environment

The global distribution of this invasive species –found in all continents but for the Antarctica- is related to the areas where it was introduced a century ago due the biological control of mosquitos that carried malaria. Therefore, the most recent outbreaks of tropical diseases transmitted via mosquitoes –Zika, Chikunguya and Pappataci fever- make it essential to extreme the surveillance on the effects of the introduction of these exotic fish in the local fauna, especially in tropical regions with a high biodiversity.

According to the authors of the study, “we need to apply more effective control measures on the small water masses, that is, in habitats where the complete removal of the population can be guaranteed. Also, we need to raise awareness among people on the danger of releasing exotic animals in the natural environment”. 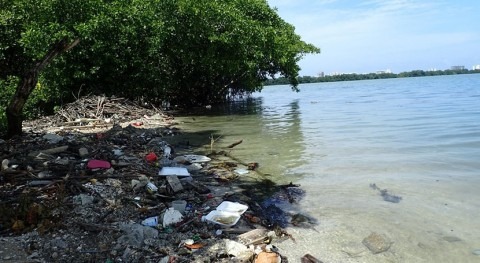 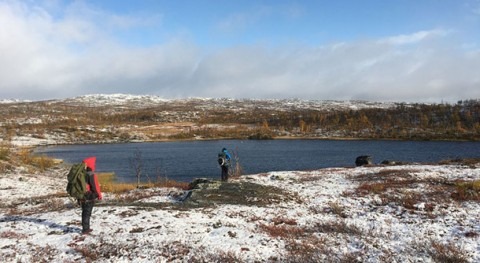 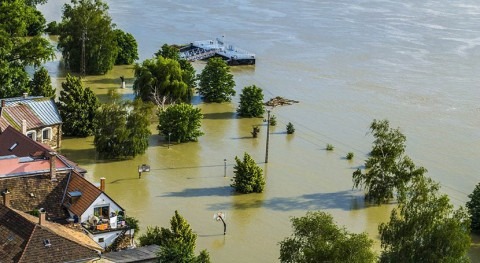