The European eel (Anguilla anguilla), the freshwater blenny (Salaria fluviatilis), the freshwater pearl mussel (Margaritifera auricularia) and the pronged clubtail (Gomphus graslini) are some of the vulnerable species that are not represented enough in the biodiversity catalogue of the Natural River Basins (RNF) in the country, according to a new article published in the journal Aquatic Conservation: Marine and Freshwater Ecosystems –in which researchers Miguel Cañedo-Argüelles and Núria Bonada, from the Research Group Freshwater Ecology, Hydrology and Management (FEHM) of the University of Barcelona take part.

The new science article –focused on the Ebro River basin- adds for the first time the participation of the citizens and other social and institutional agents (water agencies, hydrographic confederations, scientists, non-governmental organizations, environment consultants, etc.) in the designing process for the water reserves map in Spain. Other participants in the study are the experts Virgilio Hermoso (Forest Science and Technology Center of Catalonia, CTFC), Tony Herrera (New Water Culture Foundation, FNCA), and José Barquín (University of Cantabria). 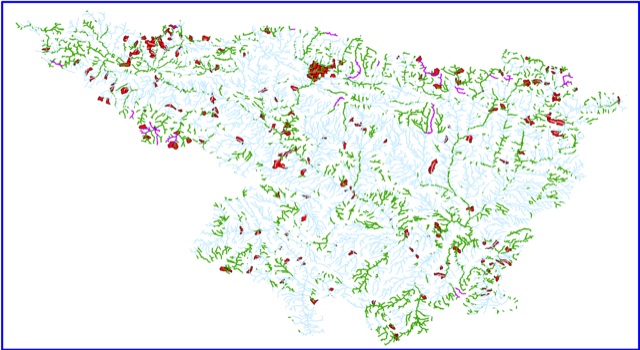 The new science article is focused on the Ebro River basin.

The Natural River Basins (RNF) were created in Spain in 2015 to preserve the river areas with no human intervention and which were in a perfect ecological state. The new study reveals the first conclusions of Reservial (2015-2017), a pioneering project in the European framework to assess the efficiency of the RNF in Spain with the people’s and involved social agents’ consensus.

This innovating project wants to shape a network of water basins to represent the rivers in Spain so as to guarantee the protection of the river spots with the highest ecological and socioenvironmental value as well as the preservation of the water biodiversity. Reservial is led by Núria Bonada, lecturer from the Department of Evolutionary Biology, Ecology and Environmental Sciences and the Biodiversity Research Institute (UB-IRBio) of the UB, and counts on the participation of the New Water Culture Foundation (FNCA) and BBVA Foundation.

With public participation in the research protocol, experts define the conservation criteria RNF should fulfil to guarantee the protection of biodiversity related to rivers. “About 60% of the species that were assessed in the project are not enough represented in the RNF. Some of these species are regarded as vulnerable according to the International Union for Conservation of Nature (IUCN) Red List of Threatened Species”, notes Miguel Cañedo-Argüelles, member of the FEHM-UB research group and the Water Research Institute (IdRA) of the University of Barcelona.

“Therefore, social and scientific and technical requirements demand an additional effort to bring the element of biodiversity as a strategic criteria when assigning the RNF in a certain river basin”, adds Cañedo-Argüelles. 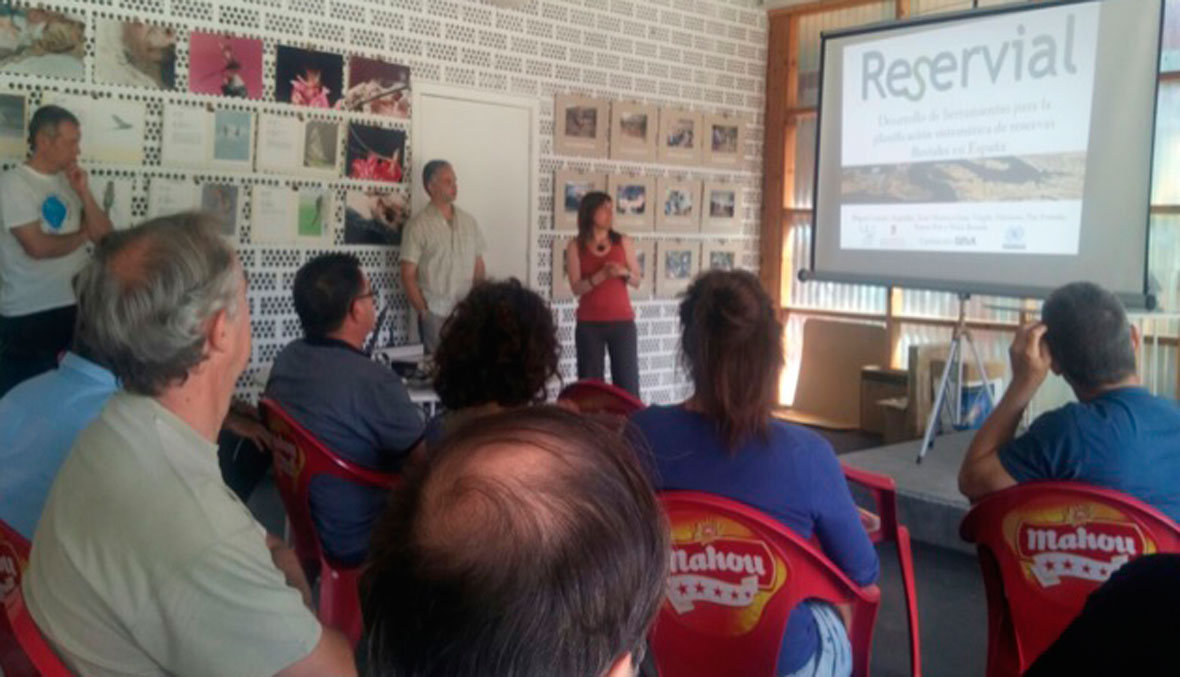 Still many types of river areas to represent

Apart from protecting biodiversity, the sectors said RNF should be regarded as effective ecological corridors which can include all water typologies of the country. Those declared RNF are almost exclusively located I mountains and leave aside the mid and low stretches of rivers, which are usually degraded or with a little-studied ecological state.

“As a result, current RNF are not connected to each other and do not favour the interrelation between populations of different species in the fluvial ecosystems. This disconnection is one of the main causes for the extinction of the species, according to the Platform for Biodiversity and Ecosystem Services”, warns the lecturer Núria Bonada (UB-IRBio), who also leads the Freshwater Ecology, Hydrology and Management (FEHM) research group of the University of Barcelona.

From a methodological perspective, the research team applied a planning program for conservation –designed by the University of Queensland (Australia), known as Marxan, to identify the rivers stretches that should be added in the current RNF network to fulfil the objectives stated by the involved sectors in the study. Marxan could be a useful and efficient tool for the administrations with competences on management and conservation of water ecosystems since it enables the creation of maps showing priority areas to be protected in order to fulfill the objectives.

“This tool could help contribute to improve the current RNF network in the future, and through the corresponding processes of citizen participation, it could involve the people in the conservation of our water ecosystems”, note Miguel Cañedo-Argüelles and Núria Bonada.

Social consensus to guarantee protection and conservation of rivers

According to the new study, citizen participation in the systematic planning of conservation could improve the protection of freshwater ecosystems in the country to integrate a wide variety of preferences in the design of RNF.

“Having detailed and updated information on the distribution of invasive species or threatened ones –apart from conducting frequent comprehensive ecological monitoring- are essential elements to respond to the social requirements in order to improve the protection of biodiversity in freshwater ecosystems and preserve natural environments with a high ecological value”, conclude the authors.