Despite raining less, the torrentiality of the Mediterranean watercourses has increased

The data analysis from the Júcar Hydrographic Confederation (which manages all the Valencian rivers except the Segura basins, in the south, and the Bergantes, in the north), prepared by Ana Camarasa, confirms that the appearance of floods is more and more frequent derived from periods of intense rain in shorter periods of time. The rains show more intensity peaks at the beginning of the storms, which increases the risk of flooding and decreases the absorption capacity by the basins, as they occur in shorter periods. All of this is related to the climate change context in which we find ourselves now.

In addition, in this meteorological context, the amount of rainwater that aquifers can absorb decreases (more intensity in less time), with which this water adds to the flow of the flood. In addition to the Poyo and the Carraixet, which historically have caused large-scale floods, the rivers of Vernissa and the Gallinera watercourse (south of the province of Valencia and north of Alicante, respectively) have also been analysed.

To the fall of more precipitations in less time, added anthropic factors of the last years have increased the risk of floods. It is about the urbanisation of ravine beds or flow absorption areas (they cause less infiltration into the subsoil and the expulsion of water to the ATMs in greater volumes and less time) which causes an increase in the surface flow. This factor, according to Ana Camarasa in the article published in the journal Cuadernos de Investigación Geográfica, “it produces an increase in these ephemeral streams and an increase in the aridification of river systems”. Aridification (the dragging of fertile lands and the disappearance of these and vegetation) causes less retention of flows in subsequent floods.

The objective of this research is the exhaustive study of the key aspects of Mediterranean hydrogeomorphology in general and of the Valencian one in particular, key issues of rain-flow conversion and generation of floods in watercourse, as well as their evolution in the current context of environmental change. This is done with the intention of anticipating the appearance of these sporadic floods that occur in the boulevards, systems in most cases without retention systems such as dams and reservoirs. Currently, European Union legislation recognises the specificity of these systems, as well as the risk they entail.

The work has used previous research, as well as data from the Automatic Hydrological Information System (SAIH), a set of stations distributed in the river basins of the Júcar Hydrographic Confederation, with which the flow and rainfall in variable intervals (every five minutes, by hourly periods, by days or months). Some of the rain events analysed are in October 2000 (with more than 500 litres per square metre in the provinces of Valencia or Castellón), December 2004 or October 2018, among others.

In her study, Ana Camarasa has used and compared elements such as precipitation (millimetres of rain per hour); the volume of water accumulated in the basin (in cubic hectometres, one hectometre equals one billion litres of water); or the flow rates, measured in cubic metres per second (one cubic metre equals one thousand litres per second passing through a point) or litres per second and square kilometre. Regarding precipitation, it has focused during the approximately 30 years of events, on the accumulated, the maximum intensity, the average intensity, as well as the persistence of rain in each storm. 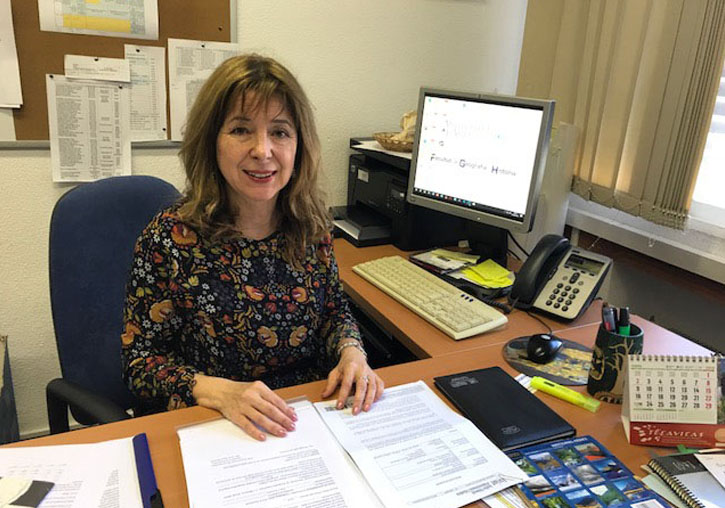