There are more and more big canals and pipelines transporting freshwater from places where it is abundant to places where it is needed for drinking - or for industry and agriculture. 34 such megasystems are already in place and 76 are planned or are under construction; but - apart from the advantages of water transfer - the effects on humans and ecosystems are enormous. A first systematic review of these water transfer megaprojects (WTMPs) has now been conducted by Christiane Zarfl, Professor of Environmental Systems Analysis at the University of Tübingen, and her doctoral researcher Oleksandra Shumilova of the Leibniz-Institute of Freshwater Ecology and Inland Fisheries (IGB) as well as colleagues from Freie Universität Berlin and the World Wildlife Fund. Their study was recently published in Frontiers in Environmental Science.

“Artificial rivers” and huge pipes functioning as vast water-transfer systems are meant to ensure adequate fresh water supplies around the world as climate change, industry and agriculture deplete the supply in many regions. In some countries, such as China and the United States, WTMPs are already an important factor. For example, the nearly 1500 kilometer long South-to-North project draws abundant water in the south of the country for the thirsty north, home to megacities such as the capital Beijing.

“Water transfer megaprojects can bring great benefits to the people in the affected regions,” says Shumilova. “But at the same time there are often also negative effects at the social, economic and environmental levels, particularly in the places the water is drawn from.” Water is lost due to evaporation and leaks, the ground becomes salty, and pollutants and invasive species are better able to spread, she says. Furthermore, there is an increased risk of conflict between countries which share a river’s catchment area.

“We compiled a database on all the water transfer megaprojects currently existing and planned by 2050,” Zarfl explains. “Key information was for example the amount of water transferred, the distance to be covered, the planned and the real costs, as well as the purpose of the water transfer.” WTMPs are defined as schemes costing more than one billion US dollars, covering at least 190 kilometers or moving more than 0.23 km³ of water annually. If all of the projects under construction or in planning are completed, together they will shift a total of 1910 km³ of water - or 26 times as much as the Rhine River - each year. Laid end to end, they would be about twice as long as the equator - more than 80,000 kilometers. The researchers estimate that the cost of all these projects, taken together, will come to some 2700 billion US dollars.

Until now, neither the WTMP parameters nor the effects have been collected in one place. The research project closes that gap, forming a basic requirement for internationally-agreed criteria to make the construction, efficiency and effects of the artificial rivers and pipelines on people and the environment easier to compare. “In the planning of future megaprojects, this will make it easier to assess the costs and environmental impact and weigh them against the benefits,” Zarfl says. “In future research we would like to investigate the effects of these vast projects and the risks associated with them.” 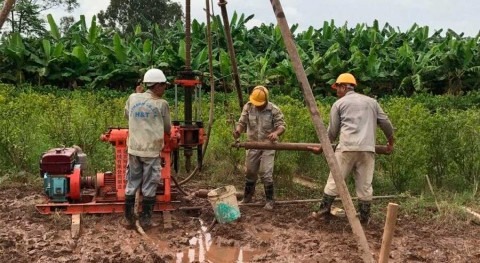 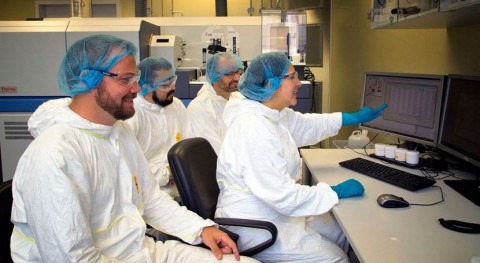 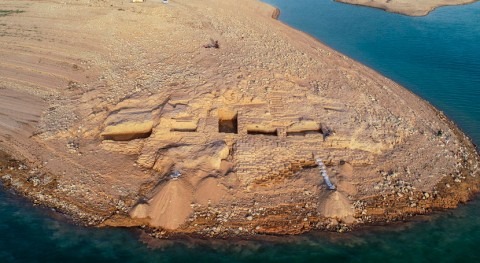